New Zealand, a star performer in the battle against Covid-19, is facing the prospect of a double-dip recession as the impact of its closed border on the vital tourism industry hits home.

The economy contracted 1.0% in the final three months of 2020, data showed Thursday in Wellington, and some economists are tipping it will shrink further in the current quarter. The wobble follows a V-shaped recovery from a first-half slump as the nation successfully eliminated community transmission of the virus.

Now some of the stringent restrictions New Zealand employed to combat the pandemic, propelling it to the top of Bloomberg’s global Covid resilience rankings, are hindering growth. Tourism, once the country’s biggest foreign exchange earner, is reeling from a lack of overseas visitors. While a travel corridor with Australia is on the cards, there is little prospect of the border reopening more widely this year.

The sustainability of New Zealand’s recovery had been questioned in light of the border closure, minor Covid outbreaks in largest city Auckland, and the slow distribution of vaccines. Six of 18 economists surveyed by Bloomberg tipped a contraction in the fourth quarter while the Reserve Bank last month projected zero growth, saying that ongoing uncertainty is expected to constrain business investment and household spending.

“There will still be bumps in the recovery as long as you continue to have Covid-19 out there,” said Diana Mousina, senior economist at AMP Capital Investors Ltd. in Sydney. “We have to wait probably another year until the vaccine is rolled out to stop seeing some of this up-and-down or zig-zag movement.”

“The unexpected contraction in 4Q GDP highlights a dilemma economies across the world are set to face in 2021 — what comes after the post-lockdown rebound has run its course? For this small economy, domestic virus elimination and substantive stimulus — both monetary and fiscal — probably won’t be sufficient to end a post-rebound economic lull until the global vaccination roll-out enables a re-opening of international borders.”

The New Zealand dollar shrugged off the negative GDP print as traders focused on the still positive outlook. The currency was little changed at 72.45 U.S. cents at 1.03 p.m. in Wellington.

After a 13.9% surge in the third quarter, the economy is just 0.9% smaller than it was before the onset of the pandemic.

“The slight technical recession is more like turbulence after a massive aerial maneuver,” said Jarrod Kerr, chief economist at Kiwibank Ltd. in Auckland. “It’s important to look forward. Vaccine rollouts and talks of a travel bubble with Australia should support solid growth into 2022.”

The central bank has slashed interest rates and embarked on quantitative easing and term lending programs to drive down borrowing costs. That’s put a rocket under the housing market, with prices soaring to fresh records. The government is preparing a package of measures to rein in speculators, which it is expected to announce next week. 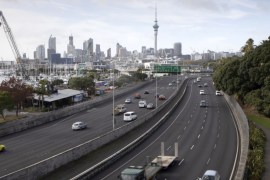 After tough coronavirus lockdown and plunge in travel, GDP is forecast to plunge by 23 percent in the second quarter. 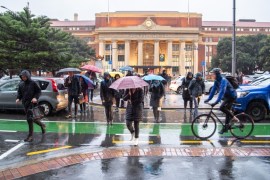 Australia’s jobless rate surges to 19-year high while New Zealand’s economy shrinks by the most since 1991. 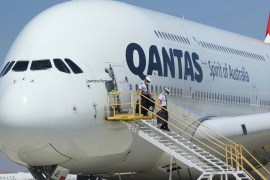 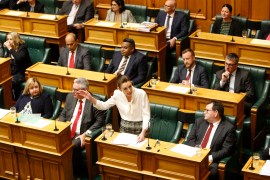