“Is there a risk of inflation? I think there’s a small risk and I think it’s manageable,” Yellen said on ABC’s “This Week” on Sunday. Some prices that fell last year when the Covid-19 pandemic spread across the U.S. will recover, “but that’s a temporary movement in prices,” she said.

“I don’t think it’s a significant risk,” said Yellen, a former Federal Reserve chair. “And if it materializes, we’ll certainly monitor for it but we have tools to address it.”

As attention turns next to President Joe Biden’s pledges to boost infrastructure spending, Yellen said “we haven’t decided yet” whether to pursue the kind of wealth tax supported by a number of progressive senators led by Elizabeth Warren and Bernie Sanders.

Campaign pledges made by Biden, including higher tax rates on corporations, capital gains and dividend payments, “are similar in their impact to a wealth tax,” Yellen said.

Biden signed the pandemic relief package into law on Thursday, providing funding for vaccinations and delivering aid to households, businesses and state and local governments.

Yellen and other officials insist the aid — which comes on top of pandemic relief passed by Congress last year — is badly needed for an economy slammed by Covid-19, particularly low-income workers heavily represented in service industries.

While U.S. unemployment remains high, especially when including people who have dropped out of the labor force in the past year, job creation has returned.

“I’m hopeful that, if we defeat the pandemic, that we can have the economy back near full employment next year,” Yellen said Sunday. “And I think this is the package we need to do that.”

Republicans have objected to the stimulus package’s size, and even some liberal economists such as former Treasury Secretary Lawrence Summers have questioned whether its spending is excessive given that the broader economy has been remarkably resilient.

While saying her views on fiscal sustainability have shifted in an era of persistently low interest rates, Yellen said “in the longer run, we have to get deficits under control.”

Also on ABC, House Speaker Nancy Pelosi said that infrastructure measures, the Biden administration’s next big project for the economy, will be “fiscally sound.”

While suggesting revenue measures could include something similar to the Obama administration’s Build America bonds, she declined to confirm that tax increases will be required. 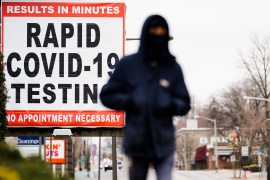 The US economy grew in the final quarter of 2020, but it was not enough to pull it out of the red for the year. 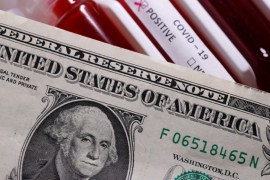 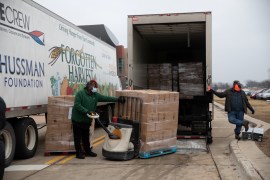 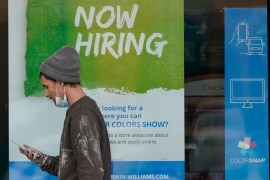 Most of the new jobs created in February were in leisure and hospitality – the hardest-hit sector of the US economy.