HSBC will phase out its support for the coal industry in the developed world by 2030 and in the developing world by 2040, the bank said on Thursday, bowing to investor pressure to toughen its stance on fossil fuel financing.

Investors managing some $2.4 trillion in assets who earlier this year filed a resolution that would bind the bank to make stronger commitments, have withdrawn the motion in a sign they have reached a compromise with Europe’s biggest bank.

The new goals from HSBC also include short and medium-term targets on aligning its financing with the goals of the landmark Paris Agreement on climate change.

HSBC’s announcement reinforces how the world’s biggest financial firms are bowing to mounting public and political pressure to join the battle against climate change, by reducing their funding of fossil fuel companies and encouraging clients in other sectors to cut emissions.

As a result, campaign group ShareAction has withdrawn its motion to be voted on at HSBC’s annual shareholder meeting on May 28, and the lender will instead submit its own resolution with the backing of ShareAction and its co-filers, a group of 15 major investors including Amundi and Man Group.

HSBC’s new commitments go further than those made last October when the bank set out an “ambition” to get to net-zero carbon emissions by 2050, a goal criticised by campaigners for not directly addressing HSBC’s lending to fossil fuel firms.

ShareAction said it had won a significant concession from the bank in that HSBC now explicitly states the expansion of coal-fired power is incompatible with the goals of the Paris Agreement, where in the past it had been more equivocal on the need for clients to divest coal assets.

HSBC will report on its progress annually, it said on Thursday, starting this year.

ShareAction targeted Barclays with a similar motion last May, which was defeated but garnered 24 percent of votes cast.

Since the Paris climate agreement was signed at the end of 2015, HSBC has helped arrange almost $91bn of bonds and loans for energy companies, excluding solar, wind and other renewable producers, the third most among European lenders, according to data compiled by Bloomberg.

“Net-zero ambitions have to be backed up with time-bound fossil fuel phase-outs and today HSBC has taken an important step in that direction,” Jeanne Martin, senior campaign manager at ShareAction, said in a statement. “Our focus now turns to ensuring it delivers on these commitments.” 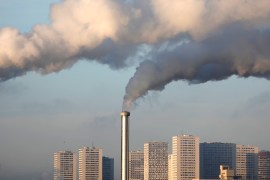 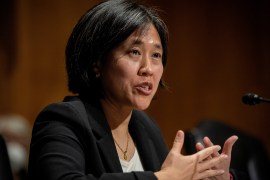 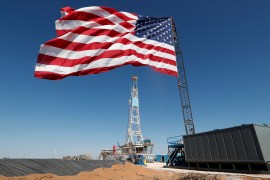 If the American Petroleum Institute endorses carbon pricing, it would mark a major policy shift. 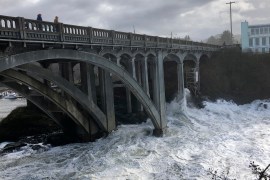