By Alan Levin and Samuel GebreBloomberg

Tensions over how to characterize the findings of a probe into an Ethiopian Airlines 737 Max crash two years ago have prompted U.S. investigators to consider taking the unusual step of issuing separate comments with their own conclusions, according to people familiar with the probe.

The Ethiopian Accident Investigation Bureau said Wednesday it plans to release a final report on the fatal crash of the Boeing Co. jet in the “near future” after lockdowns to contain the Covid-19 pandemic hampered the investigation.

The work is in the final stages, the Transport Ministry said in a statement on its Facebook page Wednesday, without giving a publication date. The update coincided with the two-year anniversary of the Ethiopian Airlines jet disaster outside Addis Ababa, which killed all 157 people on board.

Looming in the background is disagreement over findings in the report, said two people familiar with the behind-the-scenes activity. They asked not to be named while discussing the highly sensitive talks between the two nations.

The U.S. National Transportation Safety Board has been concerned about pilot actions during the fatal flight and how systems on the jet should be described, said one of the people.

The Ethiopian report was still being discussed between local investigators and external stakeholders, said a third person with knowledge of the matter in Ethiopia who also asked not to be identified.

Calls and messages outside regular working hours to Ethiopian investigators at the Ethiopian Civil Aviation Authority and Transport Ministry seeking comments were not immediately answered.

The NTSB continues to work with Ethiopian investigators “to assist them with completing the investigation, which includes reviewing their draft final report and providing our comments,” the U.S. agency said in a statement. “In accordance with the provisions in Annex 13 of the International Civil Aviation Organization, all investigative information will be released by Ethiopian authorities.”

Annex 13 governs how nations interact during international investigations. ICAO is an arm of the United Nations.

At least some disagreement has existed for months between officials in Ethiopia and the U.S. Investigators in Ethiopia had been prepared to conclude the cause of the crash a year ago, but held off issuing those findings after objections from the U.S. and France, Bloomberg reported.

The interim report issued in 2020 focused on Boeing’s design and contained little in the way of analysis of the pilots’ actions, and that needed to be addressed, people said at the time.

The crash followed another fatal 737 Max crash in Indonesia less than five months earlier and led to regulators grounding the model worldwide, plunging Boeing into crisis. The U.S. planemaker has since made revisions to the model and addressed safety concerns, and the jet was cleared to return to the skies in its home market late last year.

While regulators in the European Union, U.K., U.A.E. and others have since followed suit, others are more circumspect. China, a major market for Boeing, still has safety concerns and said this month it’s awaiting conclusions from the Ethiopia probe.

There’s little doubt that Boeing’s design of a flight-control feature known as Maneuvering Characteristics Augmentation System will be at the center of the cause of the Ethiopian crash.

After a malfunction, the MCAS system began driving down the plane’s nose repeatedly. The design lacked redundancy and Boeing failed to determine how pilots would react during the chaos it created as it failed, numerous investigations have concluded.

However, the Ethiopian pilots appear to have also made several missteps that exacerbated the failure, allowing their speed to get far too high and failing to make manual adjustments that could have halted the dives, according to preliminary data released by Ethiopia.

It was possible to deactivate MCAS by flipping two switches in the cockpit in a procedure pilots around the world were repeatedly drilled on. A crew aboard a Lion Air flight in Indonesia successfully followed these steps after encountering an identical failure the night before the same aircraft crashed off the coast of Jakarta.

The Ethiopian pilots followed the same steps initially, but reactivated MCAS and lost control, according to preliminary data.

Nations participating in a crash investigation in another country are permitted under ICAO’s Annex 13 to file the equivalent of a dissenting opinion, but it’s unusual and often signals tensions over how the probe was conducted.

One of the rare such cases occurred after the crash of a SilkAir Singapore Pte Ltd flight in Indonesia in 1997 that mysteriously dove from 35,000 feet (10,671 meters) into a river, killing all 104 aboard.

The U.S. NTSB, which had participated because the Boeing 737 was built in the U.S., filed a 49-page comment saying the most likely explanation was a suicide by the captain. The dive was consistent with a pilot doing it intentionally, it appeared both of the plane’s crash-proof recorders had been shut off and no evidence of mechanical malfunction was found, the NTSB said.

It’s not uncommon for investigative agencies to disagree about nuances of a report in the months leading to publication, but such differences are typically resolved through discussion and rarely burst into public view.

Meanwhile, families of the crash victims were holding a series of events to commemorate the second anniversary Wednesday. Representatives met with Transportation Secretary Pete Buttigieg in Washington, protested outside a Boeing office in nearby Virginia and are planning to hold an hour-long vigil outside the U.S. Federal Aviation Administration offices. 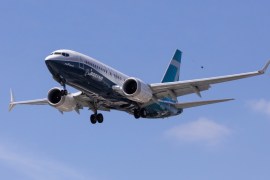 After two deadly crashes that led to a worldwide grounding, US aviation officials have cleared Boeing’s 737 Max to fly. 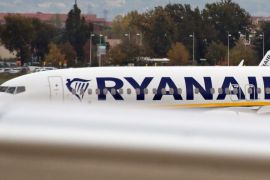 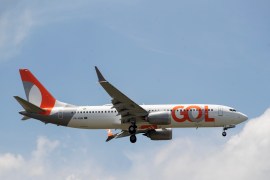 Taking flight: Boeing 737 MAX is back in the skies 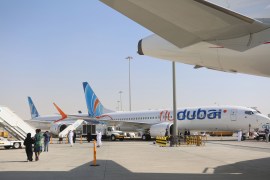 Local airlines must outline a plan and address concerns before flying the Max in Emirati airspace, authorities said.