McKinsey & Co. will pay $573 million to settle claims by U.S. states that the blue-chip consulting firm helped fuel the country’s opioid epidemic by providing sales analysis and marketing advice to makers of the highly addictive painkillers, including Purdue Pharma LP and Johnson & Johnson.

New York-based McKinsey, which Forbes estimates had $10.5 billion in 2019 revenue and is one of the biggest U.S. business consultants, also agreed to publicly disclose internal documents detailing all its work for opioid companies, which could be used in litigation by state and local governments against the industry.

“The abuse of opioids, not just by those who consumed these drugs, but by those who produced, marketed, distributed and dispensed them, has left much of America in mourning,” said California Attorney General Xavier Becerra. “We can’t bring back lost lives, but we can hold ringleaders accountable. McKinsey & Co was a player in this unfolding opioids tragedy.”

More than 3,000 state and local governments have targeted opioid makers and distributors in hopes of recouping billions in tax dollars spent dealing with the fallout of the U.S. opioid epidemic. More than 400,000 Americans have died over the last two decades from overdoses. Many of the municipalities’ suits have been consolidated before a federal judge in Cleveland.

In an emailed statement Thursday, McKinsey denied allegations of wrongdoing, saying its “past work was lawful.” As part of the agreement with 49 states, five territories and the District of Columbia, “the attorneys general recognized McKinsey’s good faith and responsible corporate citizenship in reaching this resolution,” said the company, which has offices in more than 130 cities and 65 countries.

“We chose to resolve this matter in order to provide fast, meaningful support to communities across the United States,” said Kevin Sneader, Global Managing Partner of McKinsey. “We deeply regret that we did not adequately acknowledge the tragic consequences of the epidemic unfolding in our communities. With this agreement, we hope to be part of the solution to the opioid crisis in the U.S.”

Most of the cash will be paid out over the next two months among the states, the attorneys general said. For example, California said it will get about $60 million, North Carolina will get almost $19 million, and Delaware was allotted $2.58 million.

States continue to hammer out the details of a proposed $26 billion settlement with opioid distributors McKesson Corp., Cardinal Health Inc. and AmerisourceBergen Corp. — along with J&J. At the same time, Purdue officials are moving forward with a plan to resolve the drugmaker’s opioid cases as part of proposal valued at about $10 billion.

And McKinsey may not have completely resolved its opioid liability. Local governments that opted not to join the settlement “will pursue a fair resolution from McKinsey for their role in contributing to the opioid epidemic,” Joe Rice, a South Carolina-based plaintiffs’ lawyer involved in the opioid litigation, said in an emailed statement Thursday.

Still, McKinsey was “the first company to work with the states to fix the problem rather than deny their conduct and engage in protracted litigation or delay,” Colorado Attorney General Phil Weiser said in a statement. He was one of the leaders in the McKinsey talks.

McKinsey said in 2019 it would no longer consult with companies that made the opioid-based pain pills. That move came after Massachusetts claimed the firm advised Purdue to push back against government efforts to reduce the number of opioid prescriptions.

Stamford, Connecticut-based Purdue sought bankruptcy protection in 2019 after being engulfed in a wave of opioid suits filed by state and local governments. It also agreed to an $8.3 billion settlement with the U.S. Justice Department requiring the drugmaker to plead guilty to three felonies over its OxyContin marketing. It was the second time in 13 years the company pleaded guilty to criminal charges over its opioid sales tactics.

In Purdue’s bankruptcy court records and its Justice Department settlement, the government said McKinsey consultants suggested in 2017 that the drugmaker compensate insurers if a covered consumer became addicted or overdosed up to a limit of $14,000 per patient. Purdue never set up such a program.

“McKinsey’s cynical and calculated marketing tactics helped fuel this crisis by helping Purdue target those doctors who they knew would be over-prescribing these opioids,” James said Thursday at a press conference. “McKinsey knew were the money was coming from, and they zeroed in on it.”

It’s not the first time McKinsey found itself targeted over its consultants’ actions. The firm agreed in 2019 to pay $15 million to end federal officials’ probe into whether its employees violated rules designed to prevent conflicts of interest in corporate bankruptcies. 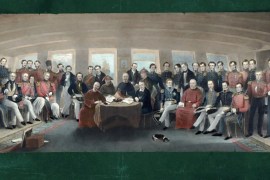 Drug Trafficking, Politics and Power: The Era of Empires

From colonial China’s opium wars to Cold War US politics, we trace rise of global drug trade and its political backers. 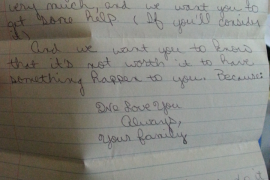 When President Trump mocked Biden’s addiction, he insulted millions of families touched by the storm of substance abuse. 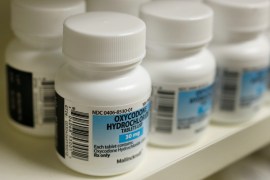 Mallinckrodt said on Monday it had agreed to pay $1.6bn over several years to settle opioid-related litigation. 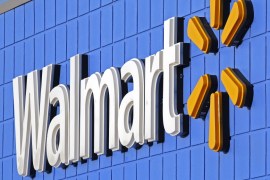 Walmart must turn over files on alleged opioid mishandling

A judge ruled Monday that Walmart must turn over internal board discussions about opioids dating back to 2010.