US retail giant Amazon had appealed to the Supreme Court this month against Future Group’s proposed sale to Indian market leader Reliance Industries, accusing its partner of violating contracts by agreeing to the sale.

The outcome of the tussle involving two of the world’s richest men, Amazon’s Jeff Bezos and Reliance’s Mukesh Ambani, could reshape India’s pandemic-hit shopping sector and decide if Amazon can blunt Reliance’s dominance of retail.

The Supreme Court ordered on Monday that while the National Company Law Tribunal (NCLT) can continue to review the deal and oversee the approval process, it could not pass a final order while the court hears Amazon’s concerns.

“This is a good thing for Amazon,” one of the sources, who has direct knowledge of events, told Reuters.

The sources sought anonymity as they were not authorised to speak to media, Reuters reported.

Indian stock exchanges and the country’s antitrust watchdog had already cleared the deal, which now awaits clearance by the NCLT, in line with regulatory procedures. 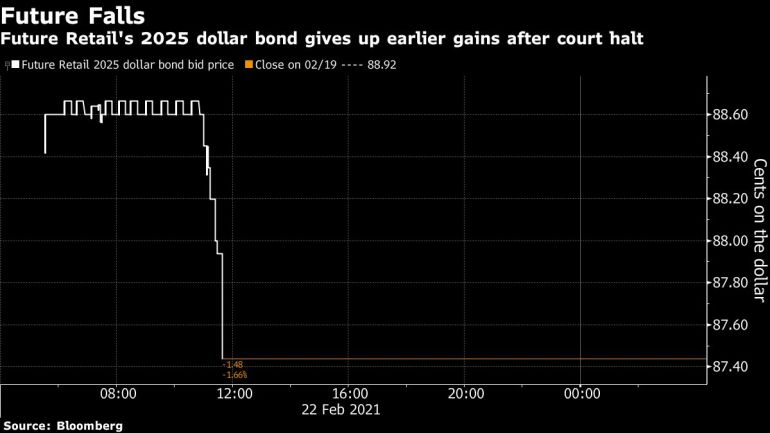 The court also sought written statements from Future Retail Ltd and said it will hear the case in five weeks, the Bloomberg news agency reported.

A second source told Reuters that Future had only asked the NCLT to let it call meetings to seek shareholder approvals of the deal. That process will continue, and Future will later seek final approval from the tribunal, the source added.

Amazon declined to comment, while Future Group and Reliance did not immediately respond to a request for comment, Reuters reported.

The latest verdict restores the legal advantage for Amazon that secured an interim stay on the deal from a Singapore arbitration tribunal in October. It accused the Future Group of violating a partnership contract when it agreed to sell assets to Ambani’s conglomerate last year. The Monday order, however, endangers Future Retail, which is struggling to pay debt and has warned of insolvency.​

​Future Retail’s stock fell as much as 10 percent and its dollar bond maturing in 2025 gave up earlier gains after the court order Monday, falling the most in two weeks, Bloomberg-compiled prices show. Reliance Industries also slipped as much as 2.6 percent.

The case is also being keenly watched by investors as it sets a precedent on the validity of emergency decisions by foreign arbitrators in India.

The verdict comes at a time when Amazon is increasing its footprint in the country. The US firm announced this month that it was setting up manufacturing operations in the South Asian country.