By Richard Clough and Brendan CaseBloomberg

The statement appeared early Friday on PRNewswire, a service used by many large companies to make official announcements. Kroger’s investor-relations website automatically picked up the release, the grocer said. Media organizations including Bloomberg News published the information, and Bitcoin Cash briefly spiked about 5%.

“This communication was fraudulent and is unfounded and should be disregarded,” Kroger said. 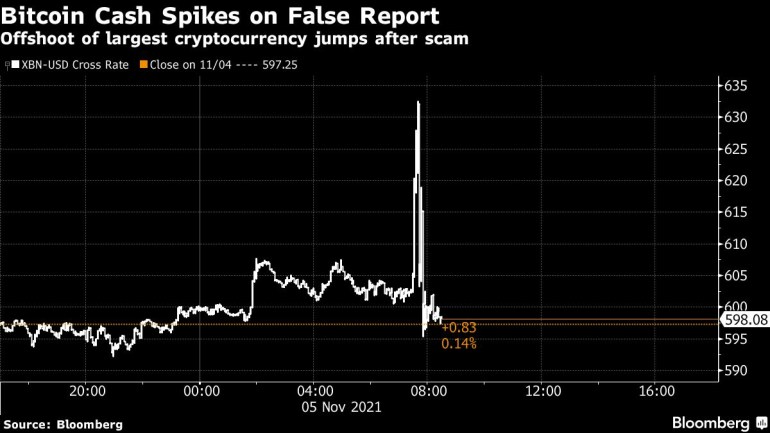 The episode recalled a similar scam less than two months ago involving Walmart Inc. In that situation, a fake statement went out on a separate wire service, GlobeNewswire, saying the retail giant would begin accepting the cryptocurrency Litecoin. The fake news release set off a short-lived surge of more than 30% in Litecoin before Walmart said the information was false and the statement was taken down.

A PRNewswire representative didn’t immediately return a request for comment about the Kroger statement.

While fabricated releases aren’t new, cryptocurrencies would seem to provide fertile ground for deception. Unlike in stocks, trading is mostly untraceable, so scammers leave few tracks. And traders have become conditioned to expect outsize price reactions to even flimsy announcements.

Kroger fell 1.9% to $42.59 at 10:43 a.m. in New York, the biggest drop on an S&P index of U.S. consumer staples companies. Bitcoin Cash rose less than 1%. Bitcoin Cash is an offshoot of Bitcoin, the largest cryptocurrency.