Seoul, South Korea – When Alex Short was offered rent-free office space to locate his fintech startup in Seoul’s financial district, he jumped at the opportunity.

For Short, whose startup PerformID helps online shoppers claim cashbacks and other benefits, South Korea felt like an ideal location for his business due to its highly skilled workforce and cutting-edge technology.

“I think that it makes sense to build a team there even if we do work with overseas banks,” Short told Al Jazeera from his home in Australia. “It meant the two employees based in Seoul had a place to work in. We plan on scaling that office significantly in the coming months.”

“I think that the Korean market, particularly digital, is so far ahead of what it is in Australia and in the US,” added Short, whose startup has operated out of a wood-lined workspace in Seoul’s Yeouido district run by Seoul Fintech Lab, an accelerator program funded by the Seoul Metropolitan Government, since July.

As part of the drive to become “Asia’s Financial City”, the city government earlier this month announced plans to spend 241.8 billion won ($204.4m) over the next five years on incentives such as employment subsidies and rental support to attract firms from overseas. Seoul Mayor Oh Se-hoon has pledged to transform the city into one of the world’s top five financial hubs by 2030, aiming to triple foreign direct investment to $30bn and lure at least 100 foreign financial institutions.

Seoul’s ambitions to become a major financial centre date back to the early 2000s, when former South Korean President Roh Moo-hyun promoted a vision of the capital as Northeast Asia’s business and finance hub.

But the city’s aspirations have gained new impetus recently amid questions over the future of Hong Kong, the region’s main business and financial hub, following the introduction of a draconian national security law and a strict “zero Covid” policy that forces most arrivals to undergo 21 days of hotel quarantine.

“It was an idea before the global financial crisis in 2008,” Kim Hansoo, a research fellow at the think-tank Korea Capital Market Institute, told Al Jazeera. “The Korean government saw it as a future source of growth since the Korean manufacturing sector was challenged by other developing countries.”

Seoul, however, faces a host of obstacles to realising its vision. When compared to Hong Kong or Singapore, South Korea suffers from a rigid labour market, cumbersome regulations, relatively high taxes and a lack of spoken English.

“Korea still has a foreign exchange control policy, no other major financial city or country controls their foreign exchange,” Kim said. “Tax levels in Hong Kong and Singapore are objectively better. Korea is on par with major cities like New York or Sydney.”

Yang Jiyoung, the head of support at Financial Hub Korea, a department of South Korea’s financial regulator tasked with promoting the city, told Al Jazeera Seoul hoped to capitalise on the uncertainty in traditional financial centres such as Hong Kong.

“Other hubs are going through turbulence at the moment, take Hong Kong and China,” Yang said. “Some companies are thinking of leaving.”

Yang said the city had “bright prospects” and counted its prowess in innovation among its greatest strengths, particularly in the marriage of traditional finance and technology, known as fintech.

“We’re in the middle of our fifth plan for nurturing the financial sector. We’re focusing on asset management and fintech, and we’ve put a lot of effort into fintech,” Yang said.

“Maybe roughly 25 percent of the plan is focused on fintech, it’s one of the major areas we would like to nurture. The concept of a financial hub will change.”

‘Best of both worlds’

Others are sceptical that Seoul has much chance of rivalling Hong Kong.

Andrew Collier, managing director of the research firm Orient Capital Research, told Al Jazeera Hong Kong offered the “best of both worlds” with its proximity to China and a British-inherited legal system.

Even with the introduction of the controversial national security law last year, Collier said banks and financial institutions would stick with the city as long as contracts continued to be upheld.

“You don’t even need the rule of law in Hong Kong, you just need contract law,” Collier said. “I don’t think Seoul has much of a chance of competing to get a piece of that action.”

For Short, Seoul’s future looks promising — not least because of its position at the forefront of technologies including smartphones and 5G.

From just 14 startups at its launch in 2018, the incubator, which assists firms with finding the right lawyers, fundraising and providing office space, now supports nearly 100 firms hailing from 10 countries. The startups span a range of traditional and emerging fields ranging from asset management and financial investment, to crowdfunding, insurtech and blockchain.

“When you look at what’s happening globally and with the convergence between tech and finance, I think it just makes logical sense that they’re positioned as a hub in Asia for that,” Short said. 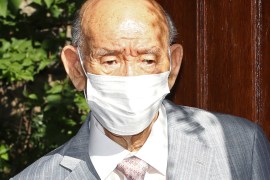 Chun presided over the 1980 Gwangju army massacre of pro-democracy demonstrators, a crime he was later convicted for. 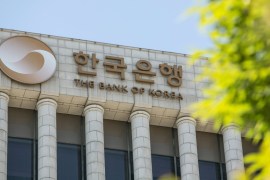 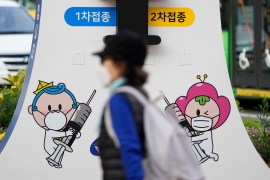 Questions raised over requirements for foreigners jabbed overseas but residents in South Korea to ‘prove’ their status.