The average long-term United States mortgage rate rose this week, with the main 30-year rate inching back up over 3 percent.

Mortgage buyer Freddie Mac reported Thursday that the average rate on the 30-year benchmark home loan jumped to a still-low 3.1 percent from 2.98 percent last week. A year ago at this time the rate was 2.72 percent.

The rate for a 15-year loan, popular with homeowners refinancing their mortgages, rose to 2.39 percent from 2.27 percent last week. It stood at 2.28 percent a year ago.

As the job market has improved and demand for products and services continues to be red hot, the US Federal Reserve earlier this month said it would keep its main borrowing rate near zero but begin dialling back the extraordinary stimulus it has provided since the coronavirus pandemic erupted last year.

Robust consumer demand and ongoing supply shortages have pushed prices higher for almost everything, chipping away at recent gains in wages and salaries for workers. The government reported last week that prices for US consumers jumped 6.2 percent in October compared with a year earlier, leading to the highest inflation rate since 1990.

The housing market has been hamstrung by a lack of supply even before the pandemic broke in early 2020. That lack of supply, along with materials and labour shortages, has pushed new and existing home prices up by more than 10 percent in the past year and as much as 33 percent in some areas in the West.

Despite historically low interest rates, the lack of supply combined with a surge in prices for homes has left many would-be buyers empty-handed.

Earlier Thursday, the US Department of Labor reported that the number of Americans applying for unemployment benefits fell for the seventh straight week to a pandemic low of 268,000. Since April 2020, employers have hired more than 18 million people, including 531,000 last month. But the US economy is still more than four million jobs short of where it was in February last year. 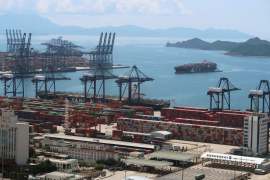 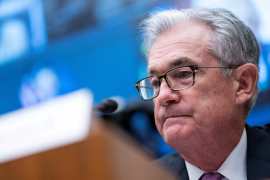 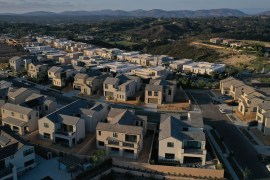 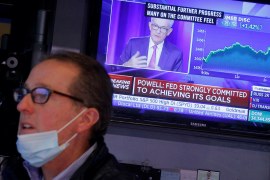 Federal Reserve Chair Jerome Powell also added that the US central bank was not yet ready to raise interest rates.