The investment firm co-founded by Al Gore said the time has come for a fundamental shift in capital allocation if the planet is to avoid cataclysmic overheating.

Generation Investment Management LLP, which oversees $36 billion, said Wednesday it’s teaming up with Goldman Sachs Asset Management, Microsoft Climate Innovation Fund and Harvard Management Co., among others, to launch Just Climate, which will make investments pegged to limiting global warming to 1.5 degrees Celsius above pre-industrial levels. Goldman and the other partners will be co-investors in the venture. Generation declined to say how much Just Climate will have in initial capital.

“The challenge of the climate crisis and the just transition are urgent, and they’re vast,” David Blood, senior partner and co-founder of Generation, said in an interview. “And importantly, we can see more and more that sustainability and ESG aren’t alone going to be able to address these challenges.”

Environmental, social and governance strategies were a necessary step to put financial markets on a more sustainable path, but it’s now clear ESG is failing to keep emissions and temperatures in check, said Blood, who left Goldman Sachs Group Inc.’s asset-management unit more than a decade and a half ago to start Generation with the former U.S. vice president. A United Nations report published earlier this week forecast that without aggressive action to cut emissions, the world will warm 2.7 degrees Celsius by 2100.

The ESG market is on track to exceed $50 trillion by 2025, yet this huge shift of capital has failed to halt greenhouse-gas emissions from continuing to rise at a devastating pace. Blood said the fastest path to decarbonization is to send trillions of dollars into private markets, particularly in emerging economies where there’s the greatest need to cut emissions. 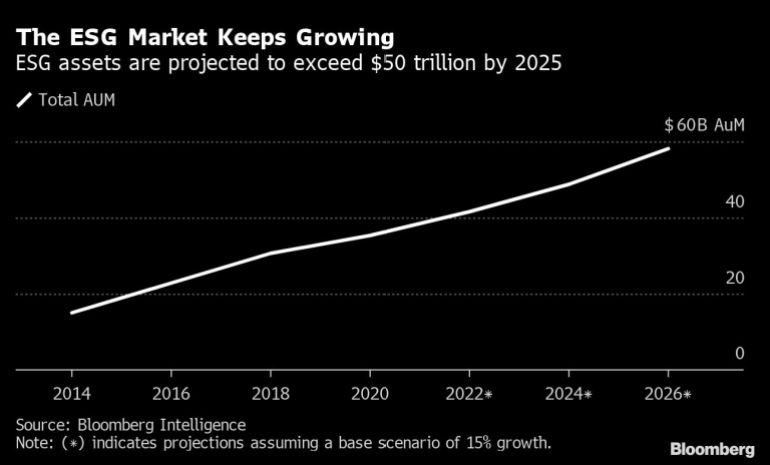 For Generation, the goal is to have climate-impact strategies become a mainstream capital-allocation model. In the next two months, Blood said he and colleagues will meet with chief executive officers and chief investment officers at some of the world’s biggest asset managers to try to persuade them to reallocate funds.

Money needs to be shifted into long-term investments in heavy emitters that have produced credible decarbonization plans. That includes heavy industry, infrastructure and real assets in places like India, China and Nigeria, Blood said.

Just Climate will seek to channel capital into companies and projects that can help decarbonize the economy, but “aren’t yet fully served by traditional investment mandates,” according to Wednesday’s statement from Generation. The new company will invest globally across energy, transportation, industry and buildings, as well as “natural climate solutions,” food, agriculture and oceans.

The announcement has been timed to coincide with the COP26 climate talks in Scotland, widely viewed as a make-or-break moment for humanity to get the planet back on track to avoid devastating temperature increases.

Just Climate will be chaired by Blood, and Shaun Kingsbury, the former CEO of U.K. Green Investment Bank, will be CIO. Gore, who aside from being the U.S. vice president in the 1990s is known for his 2006 documentary “An Inconvenient Truth,” will chair the Climate Impact Advisory Group created to guide the new venture.

Blood was careful not to dismiss ESG investing as a strategy. But he lamented the continued flow of capital into “areas that aren’t going to be catalytic or in fact probably won’t address the most urgent decarbonization needs.” For fund managers serious about investing in a way that actually prevents climate change, ESG is no longer enough, he said.

“Ultimately we imagine that climate-led investing is an asset class that will be – at a minimum – a priority for all the institutions who have made net-zero commitments,” Blood said. “It is very difficult to make a Paris-aligned net-zero commitment and then continue to allocate capital in the way that we’re currently doing it.” 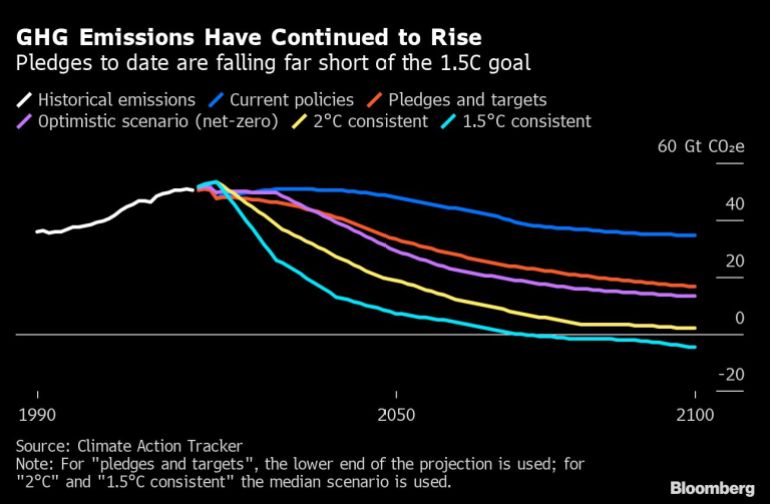 In the lead-up to COP26, the financial industry has sent out a barrage of announcements to assure stakeholders of its commitment to fighting climate change. At the same time, banks have continued to feed the fossil-fuel sector, sending about $4 trillion into oil, gas and coal since the 2015 Paris agreement was struck, according to data compiled by Bloomberg. Among banks that say they won’t abruptly halt fossil finance is Goldman Sachs.

And as fossil fuels continue to find the funding they need, toxic gases keep spewing into the atmosphere. In a report on Tuesday, the UN provided its latest assessment to show that the world is still nowhere near achieving the necessary emissions reductions.

“Climate action so far has been characterized by weak promises, not yet delivered. As the Emissions Gap Report 2021 shows, the updated nationally determined contributions (NDCs) under the Paris Agreement fall into the same trap. These pledges only take 7.5% off predicted 2030 emissions, compared to the previous round of commitments. This is far from adequate. Reductions of 30% are needed to stay on the least-cost pathway for 2°C and 55% for 1.5°C,” said Inger Andersen, executive director of the United Nations Environment Programme.

Generation said other partners backing Just Climate include Ireland Strategic Investment Fund, Hall Capital Partners and IMAS Foundation, which is affiliated with the owner of Ikea stores. Goldman’s support will be through its Imprint Group unit. 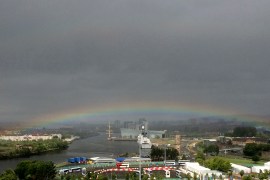 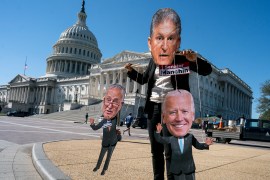 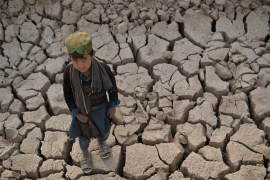 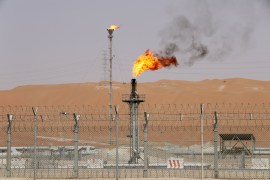 The kingdom announces plans to tackle global warming but says it will continue extracting its vast hydrocarbon reserves.