Facebook Inc. analysts and investors are holding to their positive views of the social-media company’s long-term prospects, even as shares fell following a tepid quarterly report and additional reports of hate speech and misinformation on the platform.

More than 80% of analysts tracked by Bloomberg recommend buying Facebook stock, with Rosenblatt Securities joining the chorus on Tuesday with an upgrade following the latest report. While acknowledging near-term headwinds, notably an Apple policy that restricts data collection on iPhones, firms continue to see a positive long-term growth story, along with a valuation that appears more attractive following recent losses.

Shares fell 3.9% on Tuesday, ending at their lowest since May and below their 200-day moving average for the first time since March. The stock has declined more than 17% off a September peak amid negative headlines and intense scrutiny over Facebook’s content strategy and some of its products. It remains up almost 16% for 2021.

Facebook’s third-quarter revenue missed expectations and it gave a below-consensus revenue outlook, again warning about the impact Apple’s policy would have on growth. While a number of Wall Street firms trimmed their price targets, they noted a number of positives, including engagement across Facebook’s family of apps and the company’s ability to navigate the Apple issue.

After losing nearly $200 billion in market value in less than two months, Facebook has surrendered its $1 trillion valuation tag and lost its place among the five most-valuable U.S. companies. However, it has also made the stock the cheapest among the mega-cap U.S. technology names. 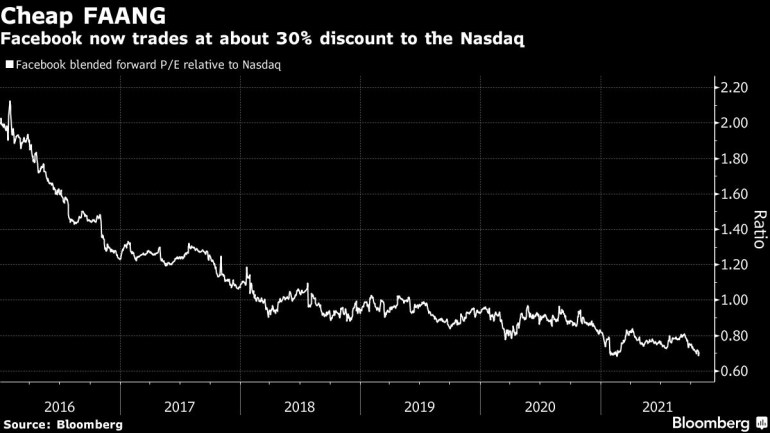 The valuation, along with revenue that is expected to continue growing at a double-digit pace for the next several quarters, has kept investors positive.

“We’re still pretty bullish on the name. It has the cheapest valuation of its peers, it is trading at a discount to its long-term multiples, and the stock has already pulled back,” said Jordan Kahn, chief investment officer of ACM Funds, which owns the stock. He also said that the series of negative news reports about the company were not a reason to sell, calling them an issue that impacts sentiment as opposed to fundamentals.

“Facebook has had these periodic episodes where it comes under scrutiny, but it always does an exceptional job of navigating the waters and continuing to put up profits,” he said in a phone interview. 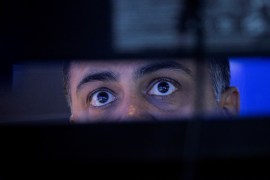 The S&P 500 and Dow hit fresh records as Tuesday’s round of earnings kicked off. 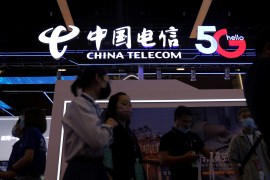 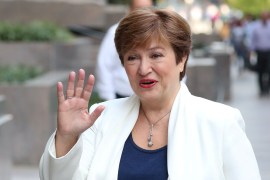 The World Bank has turned down a request made by IMF chief Kristalina Georgieva to defend her name, Reuters reports. 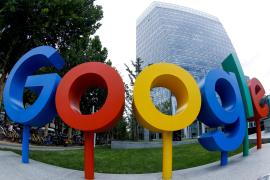