A multi-year dispute between Singapore businessman Oei Hong Leong and Raffles Education Corp Ltd. continues to escalate, with the private school operator saying the latest claims by the tycoon are baseless even as authorities probe possible wrongdoing at the firm.

Several directors including the company’s chairman and founder Chew Hua Seng are being investigated by the Monetary Authority of Singapore and the Commercial Affairs Department for a potential breach of rules in relation to loan facilities in Malaysia, the company said last week. They have surrendered their passports as part of the investigation procedure, and Raffles Education has been asked to provide documents in the case which involves its Malaysia subsidiaries.

Oei, the second-largest shareholder in Raffles Education, has had a tumultuous relationship with the company since 2017 after a placement diluted his stake. He and his firm Oei Hong Leong Art Museum Ltd. failed in attempts to oust Chew in 2017 and 2020. He also sued Raffles Education last year over a plan to raise its holdings in a Chinese property firm.

In the latest salvo from Oei, the tycoon accused Chew in an Oct. 16 letter of filling the firm with all adult members of his family and paying them high salaries, as well as getting perks such as family holidays and wine under the guise of company business.

The businessman doubled down on his claims in an Oct. 22 reply after Raffles Education said Oei’s allegations were “baseless and misleading” and asked for an explanation on the basis they were made. Oei accused Chew in his latest letter of receiving “substantial benefits” from the company which appeared to be more than what was stated in official disclosures, and also highlighted Chew’s assets like bungalows in Singapore and luxury properties in Italy and Switzerland.

Raffles Education said the next day that Oei’s response confirmed the firm’s view that he had “simply no basis” for making his assertions. In a letter released in an exchange filing on Sunday, it disputed the assertions made and said Oei’s call for an independent special audit into how Chew and his wife were able to buy such big-ticket properties while extending loans to the company was a “thinly disguised attempt to snoop” into their personal affairs.

“We again urge you to allow the board to focus on managing the company’s business in these difficult times and returning value to the shareholders, rather than having to constantly deal with your repeated attacks,” the company wrote, asking Oei to retract his allegations and stop making them.

Singapore regulators are trying to boost oversight and push for more disclosures by companies amid a spate of business scandals hitting the city-state.

Raffles Education, which set up its first school more than 30 years ago, says it has more than 18,000 students enrolled in its programs. Its shares plunged as much as 15% Monday, erasing much of the gains made on Friday after its stock resumed trading post a three-day halt. The company’s valuation had fallen to a 19-year low last week amid heavy selling by Oei. 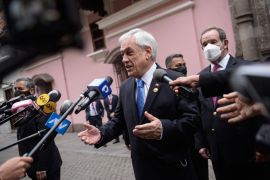 Papers gave details about a 2010 stake sale by Sebastian Pinera’s family in a mining project that activists objected to. 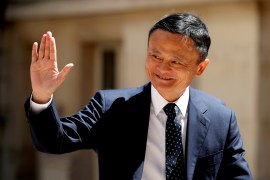 Why are China’s billionaires writing big checks to charity?

The Take explores a recent spate of philanthropic donations from some of China’s billionaires. 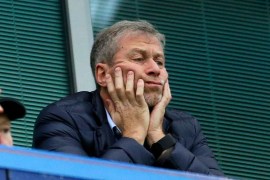 The case pits four Russian billionaires against a British writer they say has defamed them in a book on Russia’s leader. 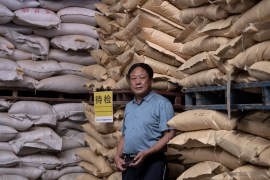 Sun Dawu, chairman of Dawu group, was handed 18 years in jail on a range of charges, including ‘provoking trouble’.