Tesla Inc. reported revenue that fell short of Wall Street estimates, but managed to beat third-quarter earnings projections despite a semiconductor shortage and supply-chain challenges that have stymied competing automakers.

Sales at Elon Musk’s electric-vehicle and clean-energy company rose 57% to $13.8 billion, missing estimates of $13.9 billion. Earnings came to $1.86 a share on an adjusted basis, the Palo Alto, California-based automaker said Wednesday. That beat the $1.67 a share average of analysts’ estimates. The results mark the ninth straight quarter of profit for the 18-year-old electric carmaker.

The company’s automotive gross margin, a key gauge of profitability, widened to 28.8% in the latest quarter, up from 27.7% a year earlier.

Shares of Tesla fell as much as 1.5% to $853 in after market trading. They were little changed at $865.80 at the close of regular trading in New York.

“The stock is zig-zagging because this was expected,” Gene Munster of Loup Ventures said of the strong gross margins, which came to 28.8% excluding regulatory credits. “But they are making a lot of progress when it comes to profitability.”

Tesla is expanding on three continents and is nearing completion of new factories in Austin, Texas, and Berlin.  At its shareholder meeting earlier this month, Chief Executive Officer and top shareholder Musk said his company will move its corporate headquarters to Austin, without giving a date. 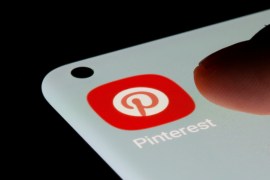 The talks come as internet shoppers increasingly buy items they see on social media sites like TikTok and Instagram. 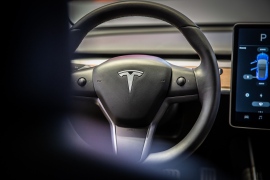 The carmaker has seen eight weeks of gains, its longest winning streak since before the pandemic battered markets. 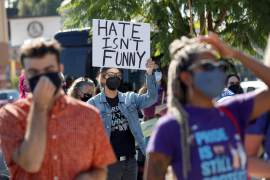