A United States judge on Monday set a November 1 arraignment date for Alex Saab, a businessman accused of laundering money on behalf of Venezuela’s government, in a case that pits the United States against the government of President Nicolas Maduro.

US prosecutors in 2019 charged Saab in connection with a bribery scheme linked to Venezuela’s state-controlled exchange rate. The US also sanctioned him for allegedly orchestrating a scheme that enabled him and Maduro to profit from a state-run food distribution programme.

Saab, a Colombian national, was arrested in June 2020 when his plane stopped to refuel in Cape Verde. The country’s courts approved his extradition following a lengthy legal battle.

Saab appeared during an initial hearing in an orange jumpsuit and blue face mask via videoconference before US Magistrate Judge John J O’Sullivan in Miami.

Venezuela on Saturday said it would suspend negotiations with the opposition that were set to resume during the weekend, following Saab’s extradition.

It also revoked the house arrest of six former executives of refiner Citgo, a US subsidiary of state oil company PDVSA, two sources and a family member told the Reuters news agency. The US government has repeatedly demanded the release of the group, which is made up of five naturalised US citizens and one permanent resident.

Venezuela’s government has accused the US of kidnapping Saab, whom they have described as a diplomatic envoy en route to Iran to negotiate supplies of fuel and food that have been interrupted by US sanctions.

Washington in 2019 created a broad sanctions programme meant to force Maduro from power. The sanctions have worsened Venezuela’s economic crisis, which has been driven by years of hyperinflation and steady deterioration of the country’s oil industry.

Alex Saab, who was arrested in Cape Verde last year, was extradited to the US to face money laundering charges. 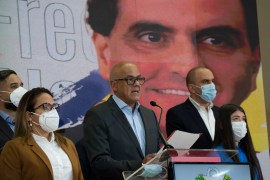 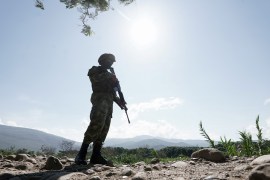 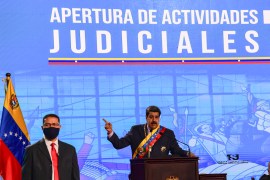 The opposition parties say they will participate in regional polls in a boost to President Maduro’s legitimacy. 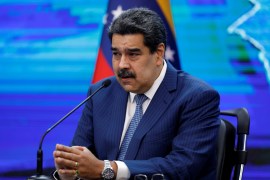