It has been a big, huge week for energy – and a painful one for countries that are paying through the nose for it.

Global benchmark Brent crude briefly hit its highest level in nearly three years this week. And the Organization of the Petroleum Exporting Countries predicts crude will reign supreme for the next several decades, despite a global green energy push.

Europe is getting hammered with record-high natural gas prices, while China – the world’s largest producer and consumer of coal – is so energy squeezed it’s experiencing blackouts and energy rationing.

If that sounds like the 1970s, then just take a gander at the images of out of the United Kingdom this week, where petrol shortages led to a wave of panic buying.

Upshot: there’s a global energy crunch afoot, and it ain’t even winter yet.

We’ve got each of those stories covered – including a snapshot of the global state of crude that may leave you feeling like a seasoned oil analyst (or at least scare you into worrying about having heat this winter).

And what’s a Friday without a wellness check? Are you feeling burned out? Because you’re definitely not alone. More on that below.

Oh, and not to forget, the new James Bond movie finally premiered after an 18-month pandemic-induced delay. The fictional British spy has never been this patient. Maybe he’ll save the world from an energy crisis.

Yes, that sounds like a number that is impossible to wrap one’s head around. But it is how much investment in the upstream, midstream and downstream oil sectors the Organization of Petroleum Exporting Countries (OPEC) says is needed between now and 2045 to keep up with surging demand. (If 2045 sounds like the future, remember: it’s the same distance from 1997 to 2021.)

Despite global efforts to go green, the cartel insists that oil will retain its number one position in the global energy mix, providing 28 percent of global energy needs by 2045.

Brent crude, the global benchmark, briefly topped $80 a barrel this week – its highest in three years.

But it’s not just the coronavirus pandemic wreaking havoc. In the United Kingdom, lorry driver shortages have caused petrol shortages – and a slew of new memes for panic buying.

What’s behind the global energy crunch, and what is being done to turn the lights back on?

Again, another number that is hard to fathom is how many petrol stations in the UK have run out of gas.

Some 90 percent of forecourts belonging to members of the UK’s Petrol Retailers Association were empty last weekend.

“Queues stretching for miles at petrol stations across the country. Fistfights at the pumps. Empty shelves in shops. Chaos on gridlocked roads. A nation gripped by the anxiety of shortages,” writes Al Jazeera’s James Brownsell.

How did Britain get into this mess? Brownsell examines that here.

China is also in an energy pickle. The world’s top producer and consumer of oil, is currently facing a power shortage. To address that, Beijing has loosened restrictions on coal-mining operators and prioritised shipments to regions in need.

As factories shut down to comply with restrictions, some analysts – including those at Goldman Sachs – have trimmed their estimates for China’s economic growth.

Others, however, see a silver lining and opportunity. Coal currently accounts for nearly 57 percent of China’s energy mix. And while the country’s reliance on fossil fuels is likely to increase in the coming months, the challenges China is facing may actually accelerate its pivot to green energy.

Al Jazeera’s Michael Standaert has more on that here.

Our one non-oil story of the week: women and burnout. Doesn’t sound like a revolutionary or new trend.

But the annual Women in the Workplace survey from McKinsey & Company and LeanIn.org found that 42 percent of women say they feel exhausted and burned out. That’s a 10 percent jump from last year when the pandemic was just getting started.

The study gathered data from 423 major US companies and surveyed more than 65,000 employees.

One in three women say they have considered either downshifting their careers or leaving the workforce entirely, a dramatic rise from the one in four in the first few months of the pandemic. 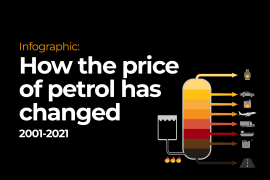 The global average price of petrol has doubled over the past 20 years. Here are 5 graphics explaining the oil industry. 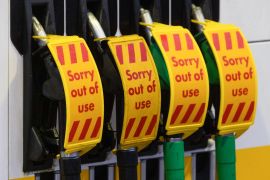 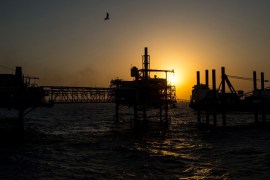 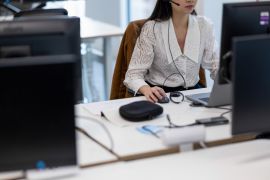 The annual Women in the Workplace report finds American women are more burned out than they were a year ago.