The United States says it will hold off slapping tariffs on French cosmetics, handbags and other imports in retaliation for a digital services tax (DST) Washington says will harm US technology firms, while it investigates similar taxes elsewhere.

The US Trade Representative’s (USTR) office said on Thursday the 25 percent tariffs on imports of the French goods, which are valued at approximately $1.3bn annually and were due to go into effect on Wednesday, would be suspended indefinitely.

Washington had announced the tariffs in July after a US investigation showed a DST unfairly singled out US companies such as Google, Facebook, Apple, and Amazon.

France and other countries view digital service taxes as a way to raise revenue from the local operations of big tech companies which they say profit enormously from local markets while making only limited contributions to public coffers.

USTR said suspending the action against France would allow Washington to pursue a coordinated response in 10 investigations into similar taxes in India, Italy, Britain and other countries. It gave no timeframe for further action.

European leaders and industry groups welcomed the news, saying it would allow more time for talks on a global taxation solution to bear fruit.

“The US Trade Representative has decided to suspend the tariffs in light of the ongoing investigation of similar DSTs adopted or under consideration in ten other jurisdictions,” the agency said in a statement, adding it had not yet determined possible trade actions in the other cases.

French Finance Minister Bruno Le Maire said the tariffs would not have been “legitimate” under World Trade Organization rules in any case and redoubled his call for a global solution.

“Trade disputes between the United States and Europe … will only make losers, particularly during this time of crisis,” he said.

EU Trade Commissioner Valdis Dombrovskis emphasised Brussels’s willingness to work on a global solution for fair taxation of the sector.

“The EU stands ready to explore all options should the US unilaterally apply these trade measures,” he said.

The reprieve gives US President-elect Joe Biden and his nominee as trade tsar, Katherine Tai, time to work with France and other countries to find a multilateral solution, said Coalition of Services (CSI) Industries.

CSI President Christine Bliss also urged France and other countries named in the USTR investigation to suspend imposition of DSTs and continue working towards a solution.

Nearly 140 countries involved in talks agreed in October to keep negotiating until mid-2021 after discussions stalled as Washington became reluctant to sign up to an international deal ahead of last November’s US presidential election.

The USTR on Wednesday said it had found that digital services taxes adopted by India, Italy and Turkey also discriminated against US companies and were inconsistent with international tax principles, but held off on announcing any specific tariff actions.

The investigations are among several active USTR probes that could lead to tariffs before President Donald Trump leaves office or early in the Biden administration. 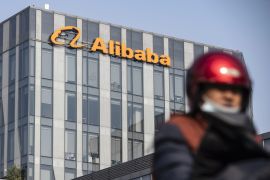 Alibaba,Tencent shares fall after reports of US investment ban 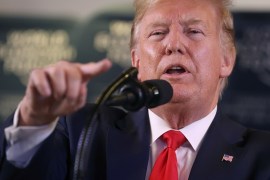 Trump tells CNBC he’ll slap punitive levies on EU auto imports if the bloc doesn’t strike a trade deal with the US. 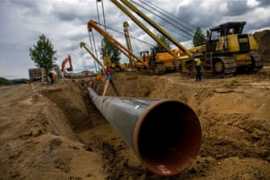 Nord Stream 2: Germany prepares defence against US over pipeline 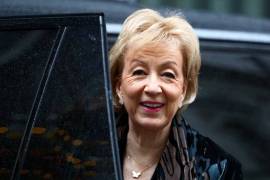 Britain wants a US trade deal and a tech tax

The idea of a ‘tech tax’ on US-based transnationals has previously sparked anger in Washington.