Human activity will push concentrations of planet-warming carbon dioxide (CO2) in the atmosphere to levels 50 percent higher than before the industrial revolution this year, breaching a symbolic climate change threshold, the United Kingdom’s Meteorological Office said in a forecast on Friday.

With 2021 seen as a critical year for implementing the 2015 Paris Agreement to avoid catastrophic climate change, scientists said the prediction underscored the need for rapid action to slash emissions of CO2 from burning coal, oil and natural gas.

“The human-caused build-up of CO2 in the atmosphere is accelerating,” said Richard Betts, a climate scientist at the Meteorological Office. “It took over 200 years for levels to increase by 25 percent, but now just over 30 years later we are approaching a 50 percent increase.”

Emissions from fossil fuels and deforestation will cause CO2 to continue to accumulate in the atmosphere in 2021, with concentrations expected to exceed 417 parts per million (ppm) for several weeks from April to June for the first time.

That record level would be 50 percent higher than the concentration of 278 ppm at the dawn of the industrial era in the late 18th century, the Meteorological Office said.

The annual peak is likely to be followed by a cyclical fall as plants growing in the northern hemisphere summer absorb CO2. From September onwards, CO2 levels will resume rising, with the average annual concentration of the greenhouse gas seen at about 416.3 ppm, the Meteorological Office said.

CO2 levels have long since passed levels considered safe by climate scientists. At a climate summit in Madrid in December 2019, United Nations Secretary-General Antonio Guterres warned that 400 ppm had once been considered “an unthinkable tipping point”.

After falling sharply last spring as economies were hit by the coronavirus, emissions have now mostly returned to pre-pandemic levels, the Meteorological Office said.

Nevertheless, the accumulation of CO2 is expected to be slightly slower than usual in 2021 since weather patterns linked to a La Nina event should foster a burst of tropical forest growth that will soak up some emissions, the Met Office said. 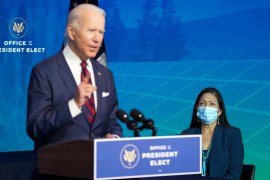 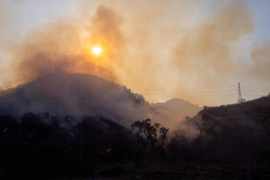 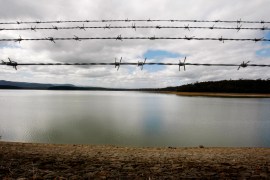 Lords of Water: Episode One

Is water the new oil? We expose the financialisation of water. 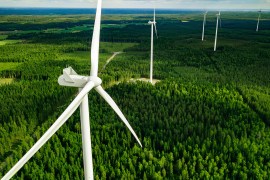