Officials in the administration of outgoing United States President Donald Trump are expected to discuss a proposed expansion of an executive order banning US investment in alleged Chinese military companies at a Thursday afternoon meeting, according to two people familiar with the matter.

At the meeting, officials from the Defense, State and Treasury Departments will consider, among other things, proposed changes to the November directive, which has spurred confusion among investors and firms seeking to comply, five sources told Reuters news agency.

One change that is likely to be discussed is a draft amendment that would direct US investors to completely divest their positions in the blacklisted companies by November 11, 2021, according to two of the sources.

If approved, the proposed change would dramatically broaden the scope of the directive, which now states only that US investors must stop buying securities of the blacklisted companies by that date.

It was not clear if any final decisions would be made at the meeting. The State and Treasury Departments did not immediately respond to requests for comment by Reuters news agency and the Department of Defense declined to comment.

The executive order, signed by Trump in November, is part of his bid to cement his tough-on-China legacy in the waning days of his administration.

It also sought to give teeth to a 1999 law that tasked the Defense Department with drafting a list of Chinese companies it believes are owned or controlled by the Chinese military.

The Defense Department has not yet provided a rationale for designating the companies.

The Pentagon has so far blacklisted 35 firms, including China’s top chipmaker SMIC and oil giant CNOOC. Reuters news agency reported that the administration was considering adding tech giants Alibaba and Tencent to the blacklist.

The November directive spurred some index providers like MSCI to announce plans to shed some of the blacklisted companies from their indexes.

But confusion over what the order requires prompted the New York Stock Exchange (NYSE) last Thursday to announce plans to delist three Chinese telecom companies that the Pentagon added to the blacklist.

On Monday, the NYSE scrapped the move. Then in a surprise twist, the exchange reversed course a second time on Wednesday and vowed to continue with its bid to delist the firms.

The confusion comes against a backdrop of tension among US agencies about how aggressively to implement the order.

Reuters and other news outlets reported that the State and Defense Departments had pushed back against the Treasury Department after it planned to issue draft guidance that was seen as watering down the order.

Both US Secretary of State Mike Pompeo and Treasury Secretary Steven Mnuchin later wrote in tweets that there was no disagreement over the executive order. 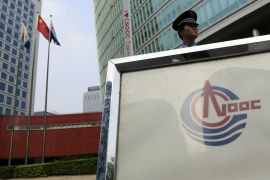 After telecom firms, China oil giants may face US delisting next

Chinese oil firms Cnooc, PetroChina and Sinopec may be removed from US exchanges due to military links, analysts say. 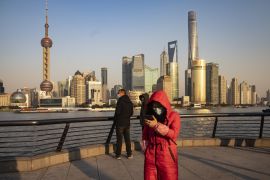 After years of supporting inefficient firms, China is now allowing them to fail. 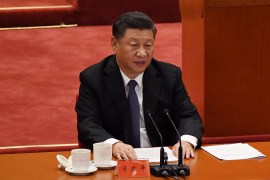 Chinese President Xi Jinping has praised his country’s progress in eradicating rural poverty even during a pandemic. 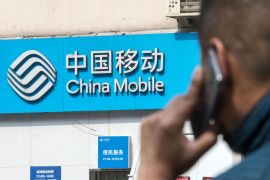