Private companies in the United States shed workers in December for the first time in eight months as out-of-control COVID-19 infections unleashed a fresh wave of business restrictions, setting the tone for what is likely to be a brutal winter for the economy.

The ADP National Employment Report on Wednesday showed job losses across all industries last month as the coronavirus outbreak kept many consumers and workers at home. While the report underscored the magnitude of the crisis, the economy was unlikely to slide back into recession, thanks to additional fiscal stimulus approved in late December.

The ADP report added to slumping consumer spending and persistently high layoffs in suggesting that the economy lost significant momentum at the end of 2020. Minutes of the Federal Reserve’s December 15-16 meeting published on Wednesday showed policymakers expected skyrocketing cases “would be particularly challenging for the labour market in coming months”.

“America’s great jobs machine ran into a wall of rising coronavirus cases and state lockdowns, which puts the entire economic recovery from recession at risk,” said Chris Rupkey, chief economist at MUFG in New York. “The heart of every recession is job losses and right now the decline in jobs at year-end is hinting that the dark days of the labour market last spring have returned.”

Private payrolls decreased by 123,000 jobs last month, the first decline since April, after increasing 304,000 in November. Economists polled by Reuters news agency had forecast private payrolls would rise by 88,000 in December.

The ADP report is jointly developed with Moody’s Analytics. Though it has a spotty record predicting the government’s private payrolls count because of methodology differences, it is still watched for clues on the labour market’s health.

COVID-19 cases in the US have jumped to more than 20 million, with the death toll exceeding 352,000 since the virus first emerged in China in late 2019, according to the US Centers for Disease Control and Prevention.

In addition to the virus, the labour market has been constrained by government delays in providing another relief package for businesses and the unemployed.

More than $3 trillion in fiscal stimulus helped companies to rehire workers and keep others on payrolls. It also assisted millions of unemployed and underemployed Americans to pay bills and maintain spending, leading to record economic growth in the third quarter. Nearly $900bn in additional government rescue money was approved in late December.

“While the economy is on the verge of double-dipping, I don’t think it will,” Moody’s Analytics chief economist Mark Zandi told reporters. “The additional $900bn will help in ensuring that the economy does not backslide into recession.”

More fiscal stimulus is likely. Democrats won one Senate race in Georgia and led in another on Wednesday, moving closer to a surprise sweep in a former Republican stronghold that would give them control of Congress and greater power to advance President-elect Joe Biden’s agenda.

Stocks on Wall Street rose, with the Dow Jones Industrial Average and the S&P 500 notching record highs as investors bet on more stimulus and infrastructure spending from a Democrat-led Congress. The dollar gained versus a basket of currencies. US Treasury prices fell.

The ADP report was released ahead of the government’s closely watched, and comprehensive, monthly employment report on Friday. According to a survey of economists by Reuters news agency, private nonfarm payrolls likely increased by 98,000 jobs in December after rising by 344,000 in November.

With government payrolls expected to have dropped again last month, overall nonfarm payrolls are forecast to increase by 71,000 jobs after rising by 245,000 in November. That would the smallest gain since the jobs recovery started in May and mean the economy recouped about 12.5 million of the 22.2 million jobs lost in March and April.

Economists are predicting it could take a while for all the lost jobs to be recovered, even with additional fiscal support and herd immunity to the virus from vaccines that are being rolled out. The decline in ADP private payrolls supports several economists’ expectations that the economy shed jobs in December, though those dire predictions have been countered by a survey on Tuesday showing employment at factories rebounding in December.

Other economists said this argued for job growth last month, though at a significantly slower pace than in November.

Economic growth estimates for the fourth quarter are around a 5.0 percent annualised rate. The economy grew at a historic 33.4 percent pace in the third quarter after shrinking at a 31.4 percent rate in the April-June period, the sharpest decrease since the government started keeping records in 1947. 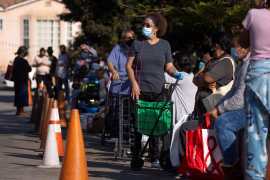 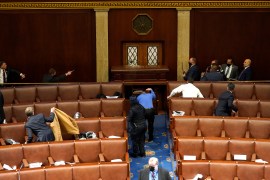 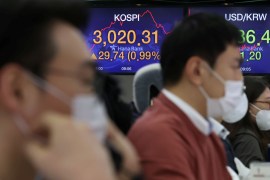 Stocks fall on expectations of Democratic wins in US senate races 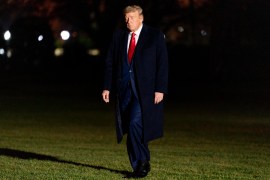