Boeing Co posted a record $12bn annual loss on Wednesday as it delayed its all-new 777X jet again and booked a $6.5bn charge for the programme.

The coronavirus crisis has exacerbated a drop in demand for the industry’s largest jetliners, with airline customers shunning deliveries of planes due to international travel restrictions, hurting cash flow at the United States planemaker.

Boeing said it expects the 777X, a larger version of the 777 mini-jumbo, to enter service by late 2023, delaying the jet’s launch for the third time and booking a $6.5bn pre-tax charge.

The company has been developing the widebody jet with the goal of releasing it in 2022, already two years later than planned.

A historic slump in air travel has also hurt shipments of Boeing’s 787 Dreamliners to airlines, causing the aircraft to pile up in dozens, and further weighing on the company that already has a stored inventory of about 450 737 MAX jets.

Boeing said it expects to resume the shipments of its wide-body 787 Dreamliners in 2021 as air travel recovers.

Boeing also said it delivered an additional 13 737 MAX aeroplanes in January so far from its stored inventory, adding to the 27 aircraft it shipped in December after the US cleared the jet to fly again following a 20-month ban.

In a separate development, the European Union Aviation Safety Agency (EASA) said on Wednesday that Boeing’s modified 737 MAX airliner is safe to return to service in Europe, lifting a 22-month flight ban after two crashes of the jet that caused 346 deaths.

EASA Executive Director Patrick Ky said it had “every confidence” that the plane was safe following an independent European review of changes ranging from cockpit software to maintenance checks and pilot training. 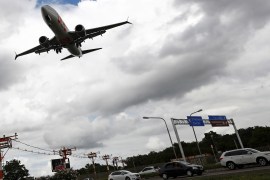 The flight from Miami to New York is the first in the US after regulators lifted a 20-month safety ban on the plane. 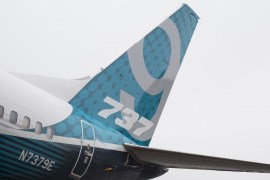 Boeing to pay $2.5bn to resolve 737 MAX criminal probe in US 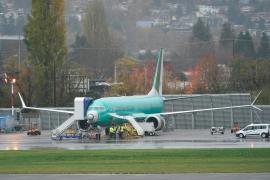 The market for new planes remains depressed by the pandemic, which has caused airlines to reconsider aircraft purchases. 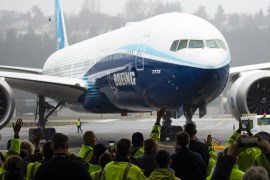