The largest global survey on climate change ever conducted has found that 64 percent of people believe that it is an “emergency” and must be addressed urgently, but just 10 percent believe world leaders are doing enough.

The People’s Climate Vote surveyed 1.2 million people in 50 countries using ads in 17 prominent mobile gaming apps. Respondents represent 56 percent of the world’s people over the age of 14, according to the United Nations Development Programme (UNDP), which worked with pollsters at the University of Oxford to conduct the survey. The results were published on Wednesday.

“There is a groundswell of people that are saying even during a pandemic that climate change is an emergency and here’s how we want to solve it,” Cassie Flynn, UNDP’s strategic adviser on climate change and head of its Climate Promise initiative, told Al Jazeera.

Flynn said she came up with the idea of reaching people through mobile gaming apps such as Words With Friends and Angry Birds while on a train in New York City.

“I was on the subway and every single person was on their phone playing a game, and I asked myself, ‘What is the best way to connect these people with those making important decisions that will affect our lives for generations to come?’” Flynn said.

Flynn said she learned the gaming industry has access to 2.7 billion people worldwide, more than the movie and music industries combined.

So she and her fellow researchers leveraged that access by designing ads for their survey in 17 languages that people could complete on their phones, resulting in “a huge, unique, and random sample of people of all genders, ages, and educational backgrounds”, survey authors wrote.

Respondents were also asked to rank policy to address climate change by importance. Conserving forests and land came in at the top (54 percent), followed by the need for more solar, wind and renewable power (53 percent), adopting climate-friendly farming techniques (52 percent) and investing more in green businesses and jobs (50 percent).

“People want their voices heard even though right now, they are scared and there is so much instability. They still have ideas about how we can get out of this crisis. Politicians and world leaders need to listen,” Flynn said.

The data also reveals a direct link between a person’s level of education and calls for climate action. People with post-secondary education are more likely to say climate change is deserving of immediate action whether they are in low-income countries such as Bhutan (82 percent) and the Democratic Republic of the Congo (82 percent) – or wealthy countries like France (87 percent) and Japan (82 percent).

‘Decisions about our future are being locked in now’

Governments around the world have been overwhelmed with the burgeoning coronavirus pandemic as well as a global economic crisis. Resources that may have ordinarily gone to fighting climate change and creating sustainable policies are instead being allocated to halting the spread of the virus and propping up struggling sectors.

But Flynn told Al Jazeera that addressing the COVID-19 crisis and climate change can go hand in hand.

“This is a moment that we need that ambition,” she said. “Governments are facing extraordinary decisions that will affect generations to come, whether in dealing with COVID-19 or climate. The decisions about our future are being locked in now.”

Dealing with COVID-19 is similar to dealing with the climate crisis, Flynn added, because both require building a sustainable, inclusive and prosperous future for everyone.

Boosting economies in the post-COVID era may also mean governments look at opportunities through a multi-pronged lens. Investing in renewable energy, for example, can create much-needed employment for citizens and it can also provide clean energy sources for entire communities.

“We can do something that would open up opportunity and not only recover from COVID but also address the climate issue,” Flynn said. “People must have enough credibility to have a virtual seat at the table in rooms where decisions are being made.”

Researchers hope the findings of the UNDP survey will help inform countries as they work to develop their national climate pledges, which are also known as nationally determined contributions and are part of nations’ commitments under the 2015 Paris Agreement. 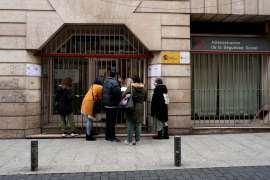 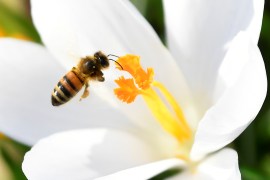 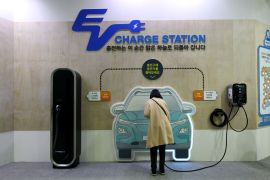 South Korea wants to become a leader in advanced cars, healthcare and low-emission technologies to grow its economy. 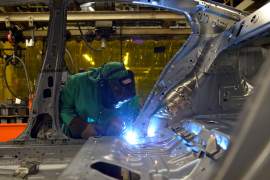