The idea remains under consideration and the Biden White House may not ultimately make the move, one of the sources told Reuters.

“It is yet to be determined if this will be more of a coordinator kind of a role or if this person will really sit at the White House,” said another source. The role could focus on moving information back and forth between agencies and coordinating, the source added.

Antitrust enforcement has emerged as an issue the Biden transition team has been watching closely, especially with the rise of big technology platforms, which provide free or inexpensive services to consumers while suspected of breaking the law to crush smaller rivals.

A spokesman for the transition did not immediately comment to Reuters on the topic.

On Saturday, Reuters reported that two former Obama administration officials had emerged as Biden’s front-runners for the top antitrust job at the Department of Justice.

Regulators around the world are taking a tougher line against Big Tech.

Last month, the European Union unveiled strict new rules under which US and other major tech platforms that treat their own services more favourably, at the expense of rivals, could be forced to sell businesses and pay billion-dollar fines.

Under the EU’s new Digital Markets Act, companies deemed to be so-called “gatekeepers” will not be allowed to rank their offerings above those of rivals on their own platforms, or use competitors’ data to compete with them.

Spearheading the European Commission’s anti-trust efforts is Margrethe Vestager. Speaking last month of the US’s anti-trust clampdown, Vestager said: “It’s a sign that the debate on tech dominance has been shifting over the last couple of years.”

In China, authorities are reportedly planning to push tech giants including Ant Group, Tencent and JD.com to share consumer loan data to prevent excess borrowing and fraud, Reuters reported earlier this month citing two people with knowledge of the matter.

The plan, if implemented, would effectively end the government’s laissez-faire approach to the industry and is another sign of attempts to rein in the country’s technology champions.

The plan adds to recent proposals to sharpen scrutiny of the technology champions and rein in their growing empires, mainly in the financial sector. The shift helped bring about the dramatic collapse of fintech giant Ant’s $37bn planned initial public offering in November.

Since then, the regulators have launched an antitrust probe into Ant’s former parent Alibaba and ordered the fintech company to shake up its lending and other consumer finance businesses. 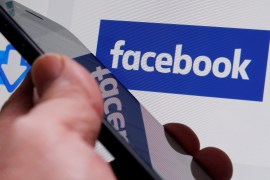 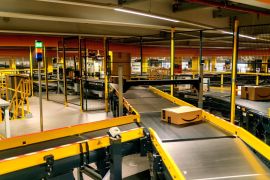