By Netty Ismail and Finbarr FlynnBloomberg

The company, known as Sabic, is selling $500 million of 10-year notes at 155 basis points over the midswap rate, down from initial price talk of 190 basis points, according to a person familiar with the matter. It also is offering $500 million of 30-year securities with a yield of 3%, compared with initial talk of 3.375%, the person said, asking not to be identified because they’re not authorized to speak publicly about it.

The bonds, which may be priced today, have attracted more than $8 billion in orders, the person said.

Sabic is listing the debt in Dublin and Taipei. While the securities are being marketed globally, the company is tapping demand for longer maturity bonds in Taiwan. The Asian island’s cash-rich life insurance companies have been piling into so-called Formosa bonds – debt issued in the local market and denominated in a currency other than the New Taiwan Dollar – sold by Middle Eastern borrowers. Sabic’s deal is the first Formosa from a Saudi firm, according to data compiled by Bloomberg. 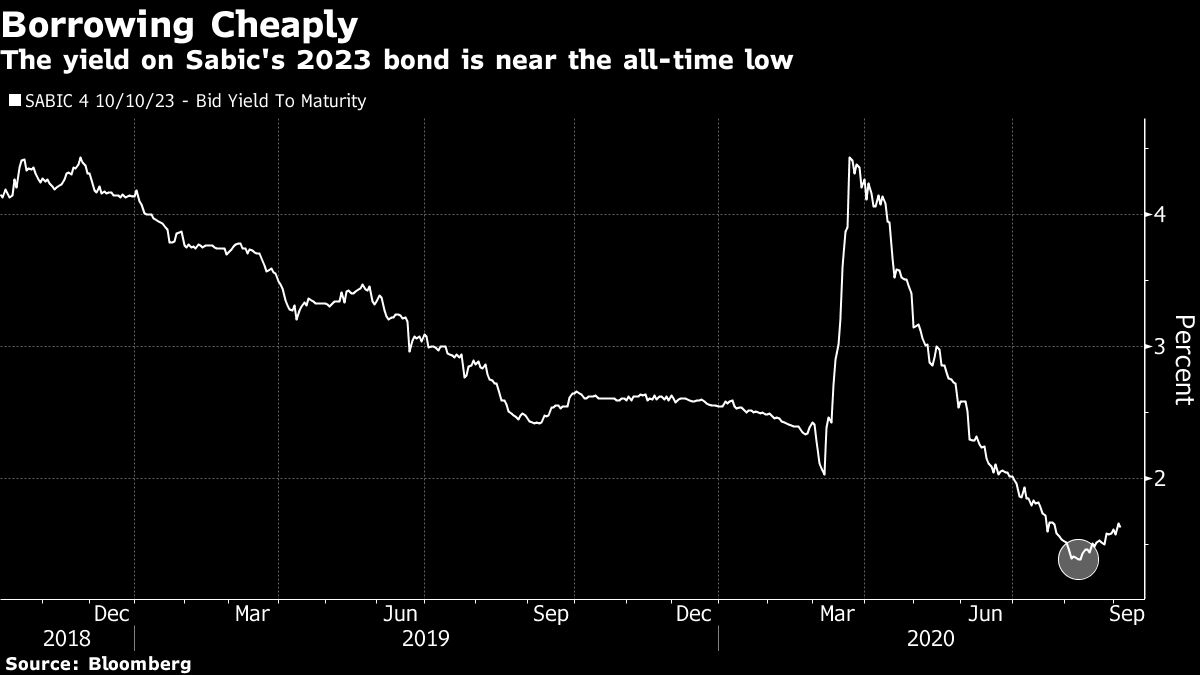 Saudi Arabia is seeking to diversify its economy away from oil by building new industries, and expanding chemical output to sell higher-value hydrocarbon products is part of that strategy. Saudi Aramco, the world’s largest oil exporter, bought a 70% stake in Sabic this year for $69 billion.

Sabic lost 2.22 billion riyals ($592 million) in the second quarter as the coronavirus pandemic roiled economies across the globe. The company reported a 2.03 billion-riyal profit a year earlier.