Big Hit Entertainment, the management label of the hugely popular South Korean boyband BTS, has priced its upcoming initial public offering (IPO) at 135,000 won ($114.99) a share in what analysts expect to be South Korea’s hottest listing this year.

Institutional investors expressed interest in more than 1,000 times the number of shares on offer, while an army of retail investors, known in South Korea as Ants, is also clamouring to buy stock. Die-hard BTS fans are also keen to get even a single share in their idols.

The label, which was founded in 2005, is hoping to cash in on BTS’s soaring popularity by offering slightly more than seven million shares to the public, raising $820 million for expansion. The band members themselves have already been given a tranche of shares each, and the offer has fuelled huge excitement among their fans.

“Not only has it proven its ability to use Youtube, social media for smart market infiltration, it has fandom platform Weverse which gives unprecedented clarity and control over its revenue sources for a label, and may grow into a true platform player as outside artists increasingly join.”

BTS broke into the US music scene in 2017 and are the first South Korean group to top the Billboard Hot 100 in the United States. They performed the hit English-language single, Dynamite, at the Grammy’s last month.

Big Hit is expected to list on the KOSPI on October 15, with BTS due to release their next album BE (Deluxe Edition) on November 20.

“You will discover throughout the album the thoughts, emotions and deepest reflections of BTS while experiencing an even richer musical spectrum,” Big Hit revealed on BTS Weverse.

Big Hit reported a 49.7 billion won ($42.4 million) profit for the first half of 2020 as its online concert and merchandise sales on the Weverse app more than offset event cancellations as a result of the COVID-19 pandemic.

With plenty of liquidity in the market, some analysts predict gross bids from retail investors could hit 100 trillion won ($85 billion).

The central bank is watching the offer closely as a massive oversubscription for shares could send ripples through short-term money markets. 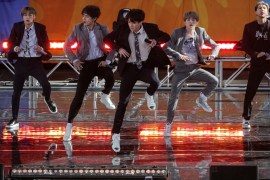 K-pop group stands by decision to perform in Saudi Arabia

BTS says plan to play their upcoming concert in the Saudi capital Riyadh was not an easy one to make. 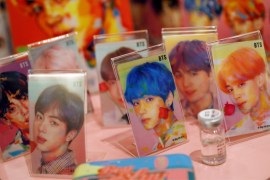 On the day of their first English-language single, Dynamite, The Take explores the band’s power to influence global social justice issues. 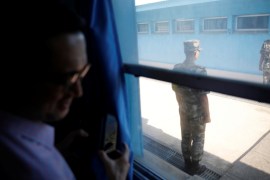 The politics of pop culture

The border between India and Pakistan is a place of mutual boot stomping, but the DMZ is the oddest border I’ve seen.