Libya’s oil industry, all but shut down since January because of civil war, is reopening — in parts.

Oil output has risen to at least 250,000 barrels a day from roughly 90,000 since the partial lifting last week of a blockade on the OPEC member’s energy facilities.

The state National Oil Corp. allowed exports to resume at the eastern ports of Hariga, Brega and Zueitina. Four other oil ports are still closed, including Es Sider and Ras Lanuf – the country’s largest and third-largest – and Zawiya, which ships crude from Libya’s biggest field, Sharara. The NOC’s evaluating security at export terminals that are still shut.

JPMorgan Chase & Co. and Goldman Sachs Group Inc. forecast that output will rebound to at least half a million barrels a day by the end of the year. The former sees it continuing to rise to 1 million barrels daily by March 2021, putting more pressure on oil prices already hammered by the coronavirus pandemic.

Libya has seen false dawns before, and previous truces in its civil war have quickly ended.

“This time around it feels different,” said JPMorgan analysts including Natasha Kaneva and Gregory Shearer. The political deal enabling some ports to reopen “offers an action plan to solve the problem at the crux of the conflict. It also garnered the broad backing of international powers involved in Libya, including Russia. Libyan volumes are large enough that they will both impact global balances but also accentuate regional imbalances, depending where the exports are directed.” 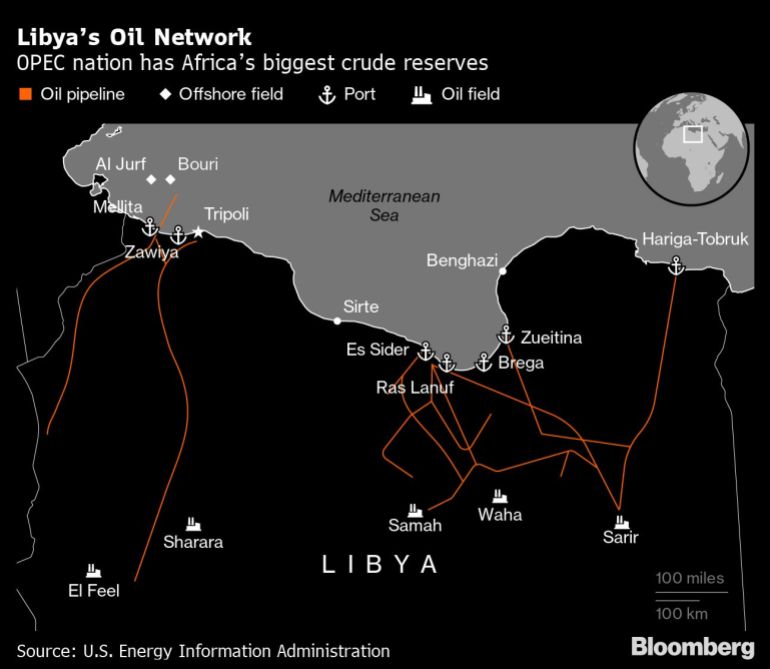 (Updates with analyst quote.)
–With assistance from Hatem Mohareb.