Major United States airlines plan to make a last-ditch bid to persuade Congress to grant them a new $25bn bailout to help avert thousands of employee furloughs set to begin October 1, even as a separate $25bn in government loans for the sector sits untapped.

The chief executives of American Airlines, United Airlines and JetBlue Airways and major aviation unions were scheduled to hold a news conference on Capitol Hill on Tuesday afternoon calling for a six-month extension of a payroll support programme that consisted primarily of grants in exchange for keeping workers on the payroll.

On Monday, two key Republican senators introduced legislation that would authorise another $25.5bn in payroll assistance for passenger airlines, but congressional aides said it was unlikely to win passage given aid requests from many other struggling industries.

The first $25bn in payroll assistance to airlines was included under the $2.3 trillion Coronavirus Aid, Relief, and Economic Security (CARES) Act aid package in March, which also set aside another $25bn in government loans for airlines.

The Treasury Department signed letters of intent in July with 10 major airlines for the loans, which they can tap by September 30. According to the Treasury, none of those loans have been funded.

Only American Airlines has said it intends to take the loans, which carry restrictions on share buy-backs and executive compensation.

Airlines for America, a trade representing major US airlines, said passenger volumes remain down approximately 70 percent, a third of the US fleet is idled and the industry continues to lose $5bn in cash per month.

“We are running out of time to protect the jobs and livelihoods of these men and women. We urgently need for Congress to act now,” the group said.

Representative Jim Himes, a Democrat, said at a hearing Tuesday that taxpayers should be fairly compensated for the use of government funds to support private businesses. He said that on a call with lawmakers, he proposed requiring more taxpayer compensation for airline support and that faced opposition from labour unions and airlines.

The industry message, Himes said, was, “If you make the money cost anything, they won’t take it and they will fire us. That feels to me like a hostage situation. ‘Give me the money for free or we not take it and we will fire people.'”

Treasury Secretary Steven Mnuchin said the government “got proper compensation for taxpayers” in the airline assistance packages, which required major airlines to repay 30 percent of the grants and issue warrants.

Democrats have insisted that additional funds for airlines should be part of a broader bill that helps other struggling sectors like public transit and restaurants.

The American Bus Association, for example, asked Congress on Tuesday to help sectors like the motorcoach industry “that received no direct assistance through the CARES Act before it provides a second round of direct assistance to other transportation sectors, such as the airlines”. 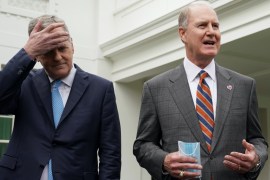 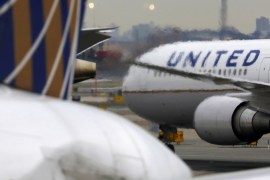 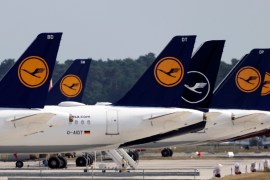 Berlin will take a 20 percent stake in the German airline brought to its knees by the COVID-19 travel slump.