By Sydney Maki and Netty Ismail and Cagan KocBloomberg

Turkey had its debt rating cut deeper into junk by Moody’s Investors Service, which warned of a possible balance-of-payments crisis in assigning the lowest grade it’s ever given to the country.

The sovereign credit rating was cut to B2, five levels below investment grade and on par with Egypt, Jamaica and Rwanda. The company kept a negative outlook on the rating, saying fiscal metrics could deteriorate faster than currently expected. 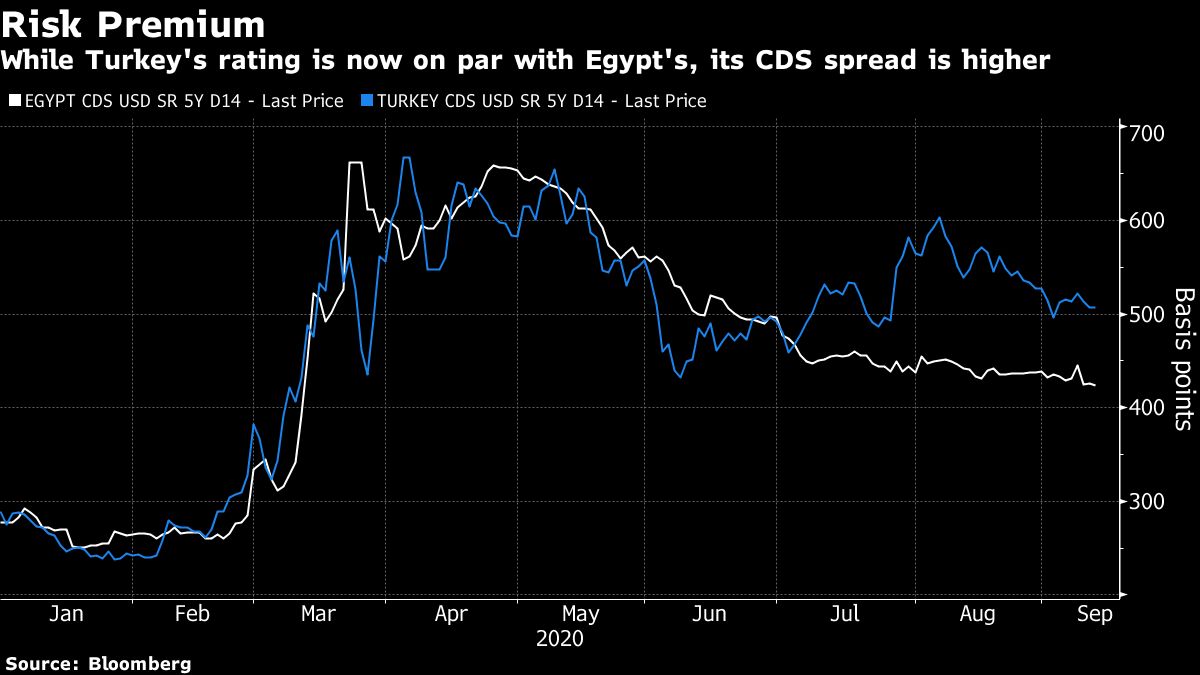 Moody’s, which last downgraded Turkey more than a year ago, now ranks it one level lower than S&P Global Ratings and two notches below Fitch Ratings. Turkey held an investment-grade score from two of the three major credit assessors prior to the July 2016 coup attempt against Presidet Recep Tayyip Erdogan.

Turkey’s standing with investors has suffered as Erdogan pursued an approach that prioritized growth above all else. The reliance on credit stimulus has exposed the vulnerabilities of the $750 billion economy and came at the expense of inflation and currency instability.

Turkey’s credit-default swaps, local-currency debt and the lira have been the worst performers in emerging markets this quarter. The nation has spent its foreign-exchange reserves faster than any other major developing economy this year, with state-run lenders intervening in the market to support the lira as it slid to successive all-time lows.

The government’s dollar bonds have returned 0.5% since end-December, trailing the 2.4% gain across emerging-market sovereign debt, according to Bloomberg Barclays indexes.

But authorities have shown little sign of backing away from the unorthodox policies that are compounding an outflow of foreign capital. Erdogan declared Turkey to be under “economic attack” following Fitch’s decision last month to revise the outlook to negative.

Turkey’s economy is on the rise and not dipping at the moment, but “they are downgrading our ratings again,” Erdogan said in Istanbul on Saturday after the Moody’s announcement. “Do what you want to do, your ratings are of no importance.”

Moody’s rationale for its decision included concern about the level of Turkey’s foreign-currency reserves, growing dollarization and the erosion of fiscal buffers, once a source of strength.

The rating company also warned that Turkey’s return to growth after this year’s shock won’t be enough “to offset the impact on the upward debt trajectory of primary deficits of around 2% and an increasing interest burden.”

Other highlights from the report:

“As the risks to Turkey’s credit profile increase, the country’s institutions appear to be unwilling or unable to effectively address these challenges,” Moody’s said.