By Ameya Karve and Netty Ismail and Archana NarayananBloomberg

Abu Dhabi is back in the dollar debt market, marketing the longest bond ever offered by Gulf Arab governments as countries in the region raise cash buffers to weather the pandemic and low oil prices.

The capital of the United Arab Emirates plans a three-part offering, according to a person familiar with the matter. Each tranche is of benchmark size, which typically means at least $500 million, and the sale includes a 50-year bond.

The government is taking advantage of low borrowing costs and investor demand for higher returns as it seeks to bolster its finances, with oil prices below what it needs to balance its budget. The wealthiest of the seven emirates that make up the UAE, its debt is rated AA by S&P Global Ratings. 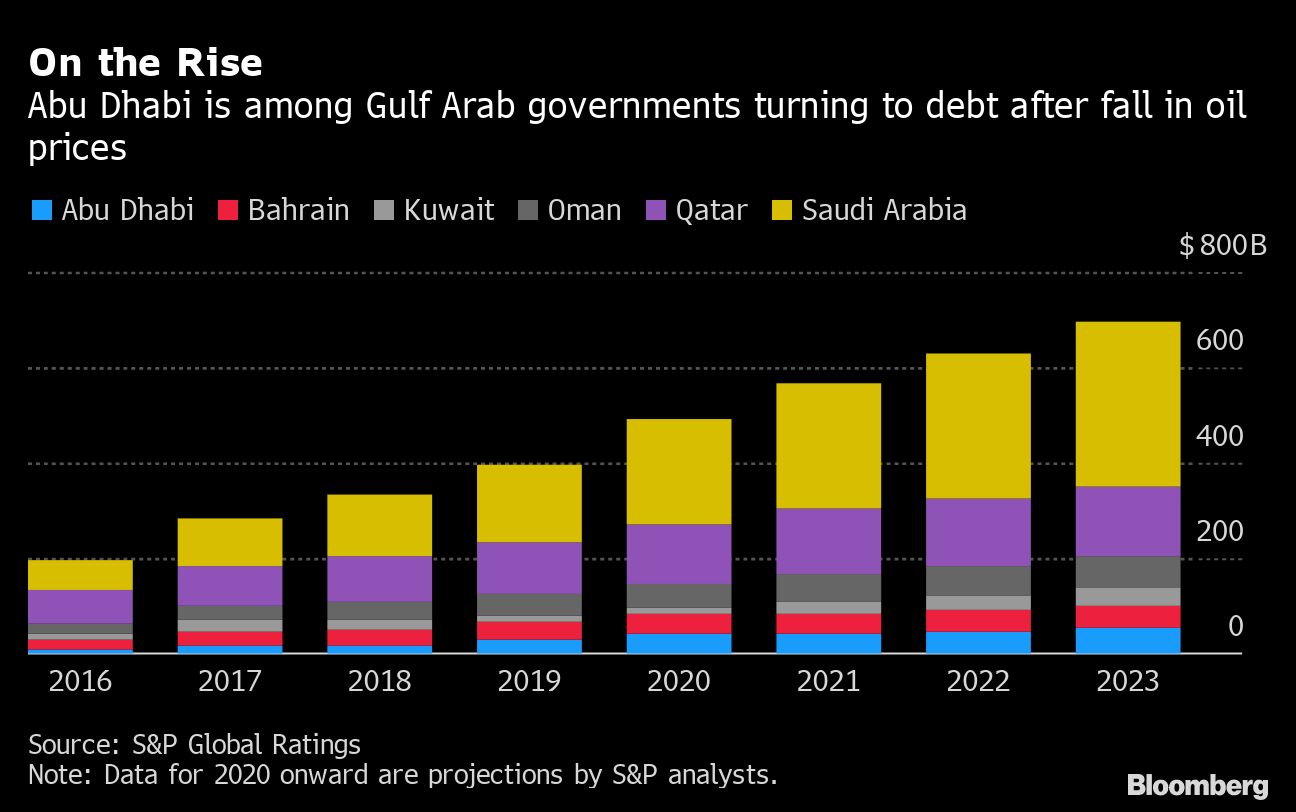 “Abu Dhabi is well-placed to deal with the impact of oil prices over the medium term with a formidable net asset position providing substantial fiscal and extended buffers,” said Todd Schubert, Singapore-based head of fixed-income research at Bank of Singapore Ltd. “In a world thirsty for yield, this AA credit should be an attractive cash alternative.”

With the global economy on a slow path to recovery, corporate treasurers around the world are looking to stockpile cash. In the oil-rich Gulf, local governments have also come to rely on debt as crude is still recovering from being hammered earlier this year by a combination of the pandemic and a brief price war between Saudi Arabia and Russia.

“Demand for high-grade paper remains strong and this is the strongest credit in the region,” said Abdul Kadir Hussain, the head of fixed-income asset management at Arqaam Capital in Dubai.

Brent crude, the international oil benchmark, has averaged about $42 a barrel this year, down about one-third from last year.

Abu Dhabi raised $7 billion in April also through a three-tranche bond offering and added another $3 billion to it a month later.

The emirate’s debt has increased to $39.2 billion as of end-June, from $29.4 billion last year, according to its prospectus. Citigroup Inc., Deutsche Bank AG, First Abu Dhabi Bank PJSC, Morgan Stanley and Standard Chartered Plc are the joint lead managers for the sale.

(Updates with pricing guidance in the third paragraph.)