By Emily Cadman and Sybilla GrossBloomberg

Already scarred by the global financial crisis a decade ago, a generation of younger people is bearing the economic brunt of the coronavirus. Even billions of dollars in global fiscal stimulus is struggling to cushion the blow as the pandemic worsens generational inequality.

Take Australia as an example. Despite a A$260 billion ($180 billion) injection of financial and economic support, unemployment among 15 to 24-year-olds has surged to 16.1%, compared to about 5.5% for those over 25. That’s in a country that hasn’t seen a recession since the 1990s and is in the vanguard of nations containing the virus.

About a quarter of younger workers aren’t eligible for the Australian government’s flagship wage subsidy package because they are on casual contracts and haven’t been employed for 12 months, according to Catherine Birch, a senior economist at Australia & New Zealand Banking Group Ltd. That compares to just 6.5% for all other age groups. 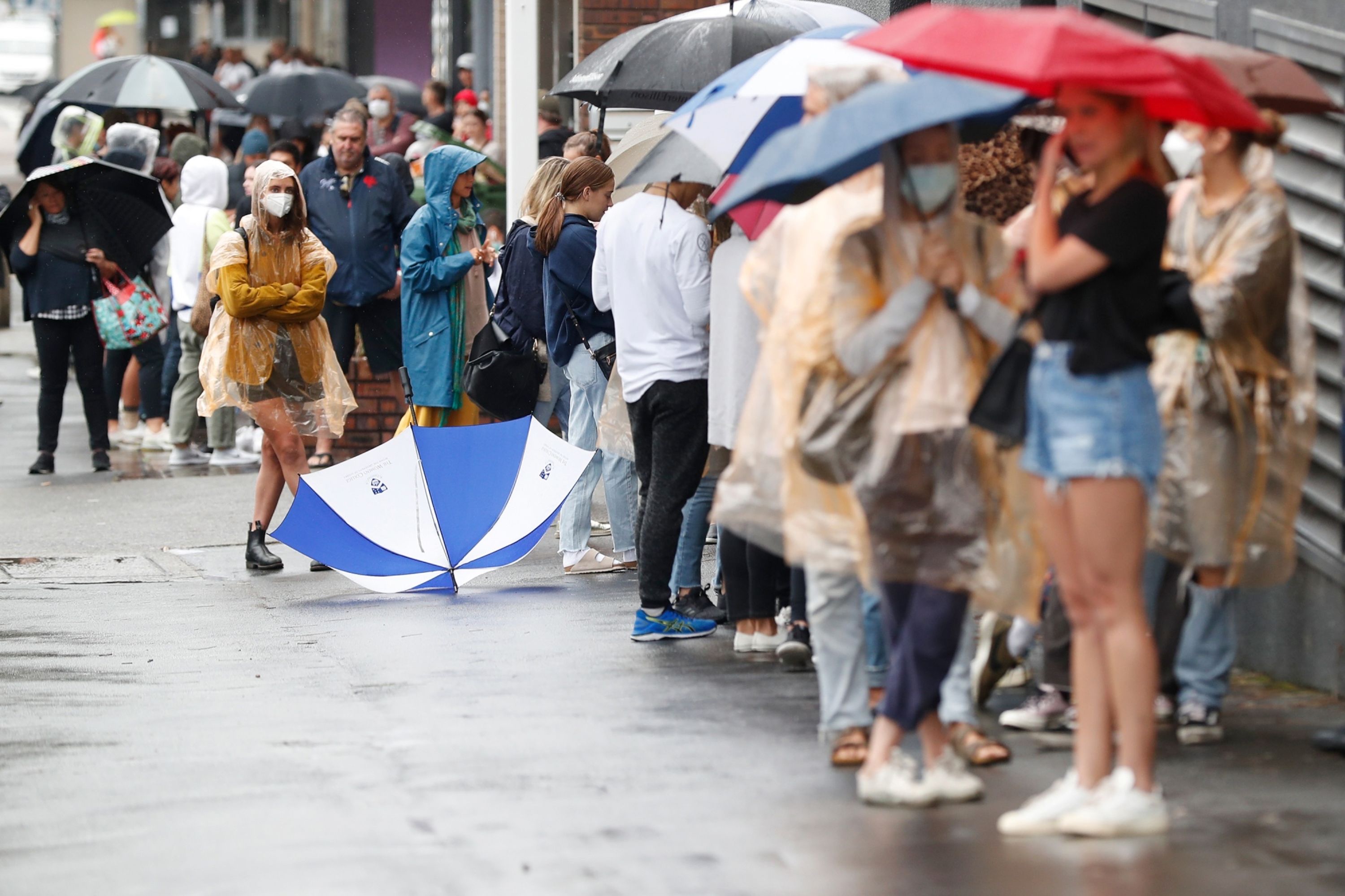 Elliot Matthews, 21, is one of the unlucky ones. In April, when he learned there’d be no more shifts at the Sydney hotel where he worked, he was just two weeks short of a year’s employment. “That’s a very hard window to fit into,” Matthews said of the government requirement. “While it’s a dark time for everyone, a lot of people are falling through the cracks.”

As the pandemic drags on, it’s exposing generational fault-lines that were set in train a decade ago when the financial crisis hit Millennials hard and left Generation Z – described by Pew Research as those born after 1996 – with a legacy of insecure work and stunted opportunities.

Across the west, seemingly regardless of the fiscal support, the youngest workers are more likely to be out of a job. 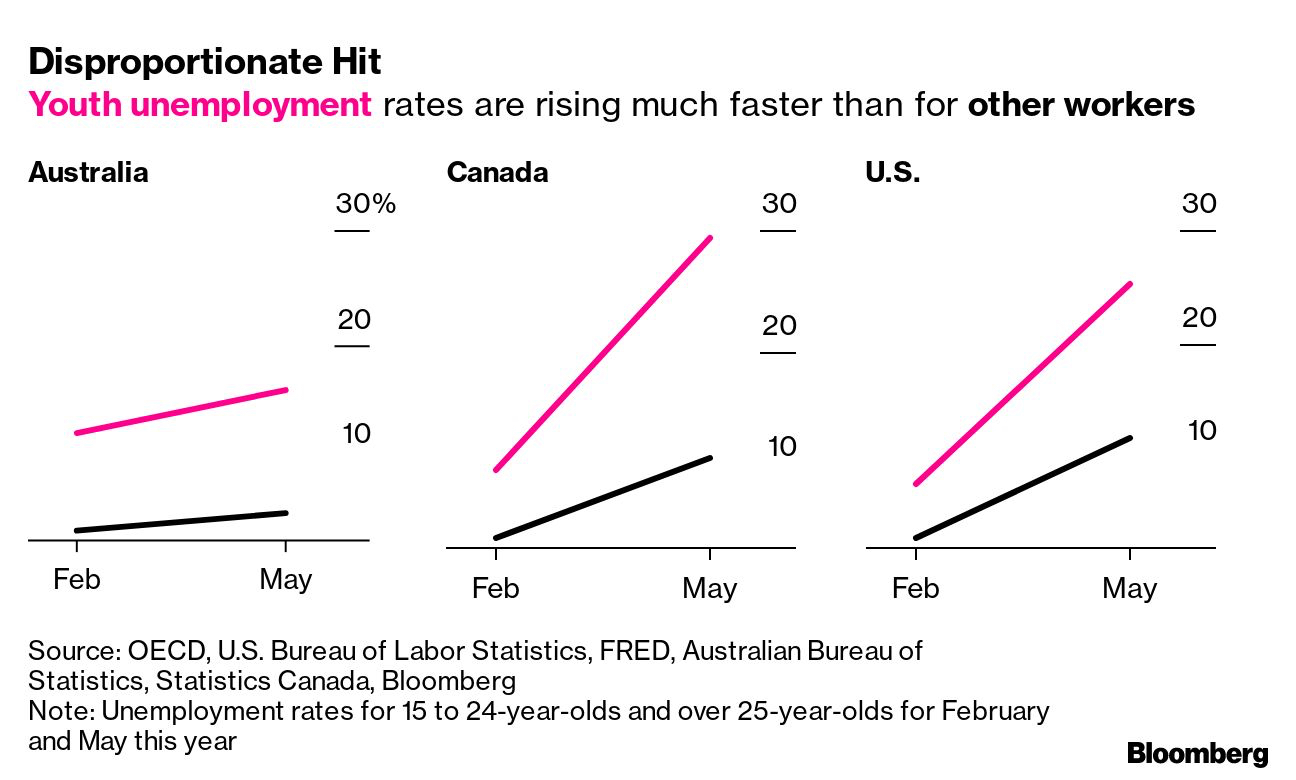 Generational inequality in Australia has long been an issue. Youth unemployment hovered above 12% pre-Covid, higher than in the U.S., the U.K., Singapore, Japan and Hong Kong, according to the World Bank. Home ownership among young Australians is at an all-time low after prices surged beyond their reach — pushed higher in part by generous tax breaks enjoyed mostly by older Australians on their investment properties.

As the coronavirus tips the economy into its first recession in almost 30 years, those issues will be compounded.

“Substantial, targeted, ongoing support, additional to current policies, are needed to ensure young people aren’t left behind,” Birch said. “The labor market for young people is more precarious going into the current shock than it was pre-global financial crisis.” 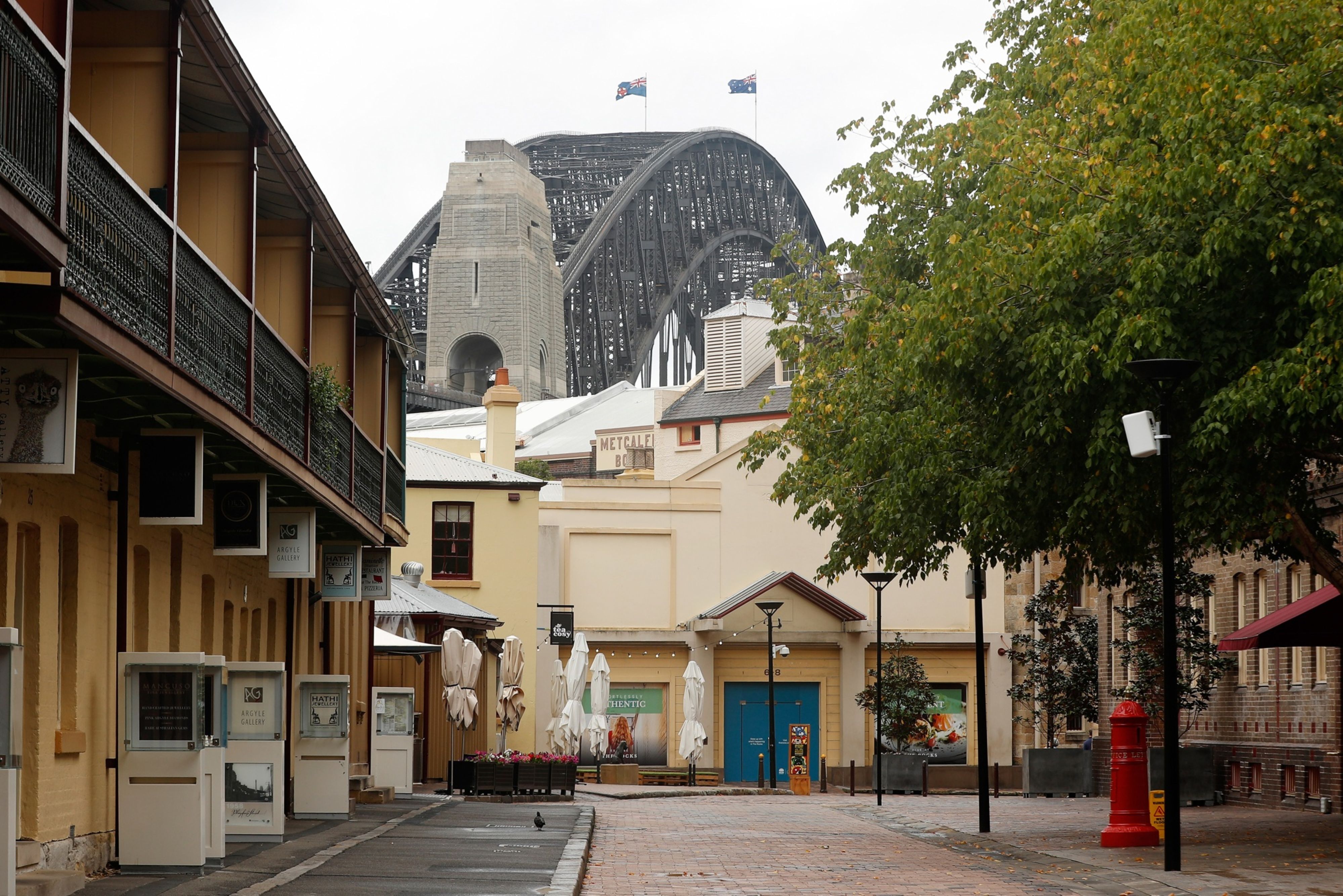 In the U.K., one-third of 18 to 24-year-old employees, excluding students, have lost jobs or been furloughed, compared to less than 15% of 35 to 44-year-olds, according to research from the Resolution Foundation think tank. Those in atypical jobs, such as zero-hour or temporary contracts, fare much worse. To qualify for Britain’s job support program you just had to be employed on or before March 19. 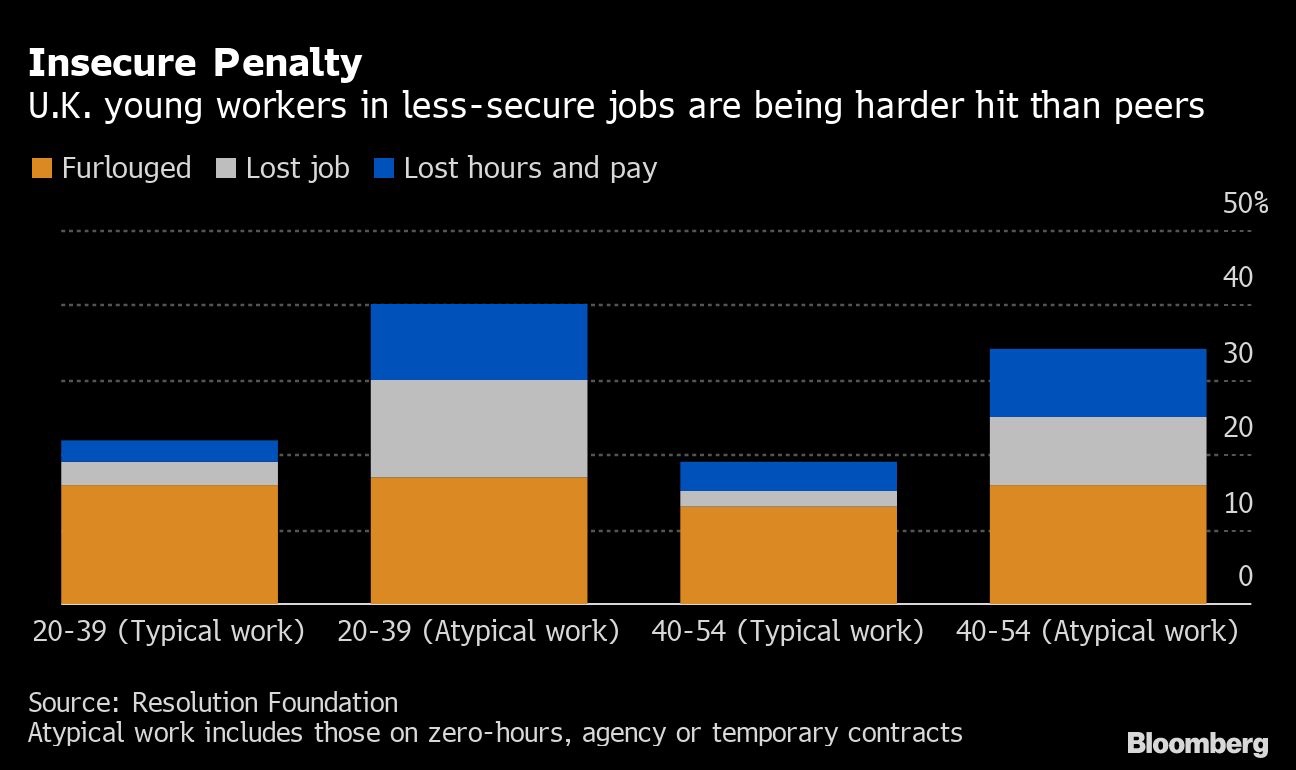 The casualization of so many jobs for Generation Z has its roots in the last financial crisis. Many entry-level roles were cut and never returned, forcing young people to stay in industries like retail or hospitality for far longer than previous generations, according to Shirley Jackson, a research economist at Per Capita, an Australian think tank that explores issues of inequality.

Going into the pandemic, more than 18% of Australian 15 to 24-year-olds were classed as “underemployed,” more than double the rate of any other age group in Australia and 7 percentage points higher than in 2008, according to Birch. That compares to 12% in the U.K., according to the nearest comparable data from the International Labour Organization.

“The narrative is that we don’t work as hard as our parents, we complain more than they ever did and that we waste our money on silly things,” said 25-year-old Greens Senator Jordon Steele-John, Australia’s youngest sitting member of Parliament. “There are far more people seeking to work than there are jobs for us.” 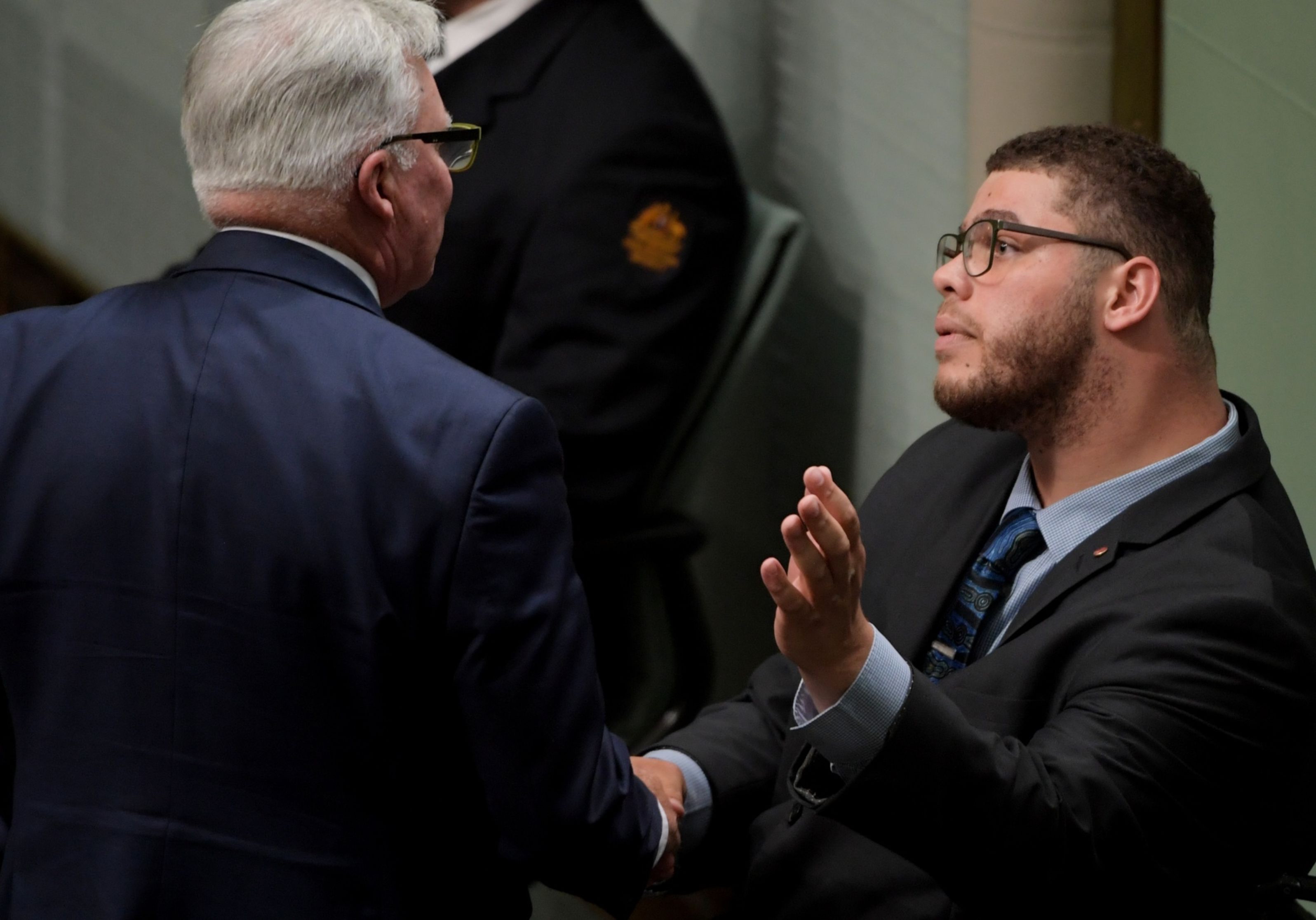 The crisis, and the Australian government’s response, also risks widening the wealth gap. Australian homeowners, for example, can apply to defer their mortgage payments under a huge program in place for at least another three months.

The temporary moratorium on evicting renters expired in mid-June in the most-populous state of New South Wales and they have largely been left to negotiate with landlords on their own.

“In these kinds of crises, we find out what is already broken,” Tenants’ Union Chief Executive Officer Leo Patterson Ross said. “This will increase the inequality already there between those who own property and those who don’t.”

Another option for those in dire straits is to access their pension savings. Normally near untouchable until retirement, the government has eased the rules on early access. There isn’t comprehensive data on just who is accessing the money, but signs are emerging of the young cleaning out meager pots.

Australia’s Minister for Youth Richard Colbeck, 62, declined a request for an interview. In an emailed statement, a spokesman said the government is “aware young Australians are very concerned about their employment prospects”. He pointed to pre-Covid training initiatives “focused on giving young Australians the right assistance and encouragement to learn new skills, become job ready, get a job and stay in a job.” 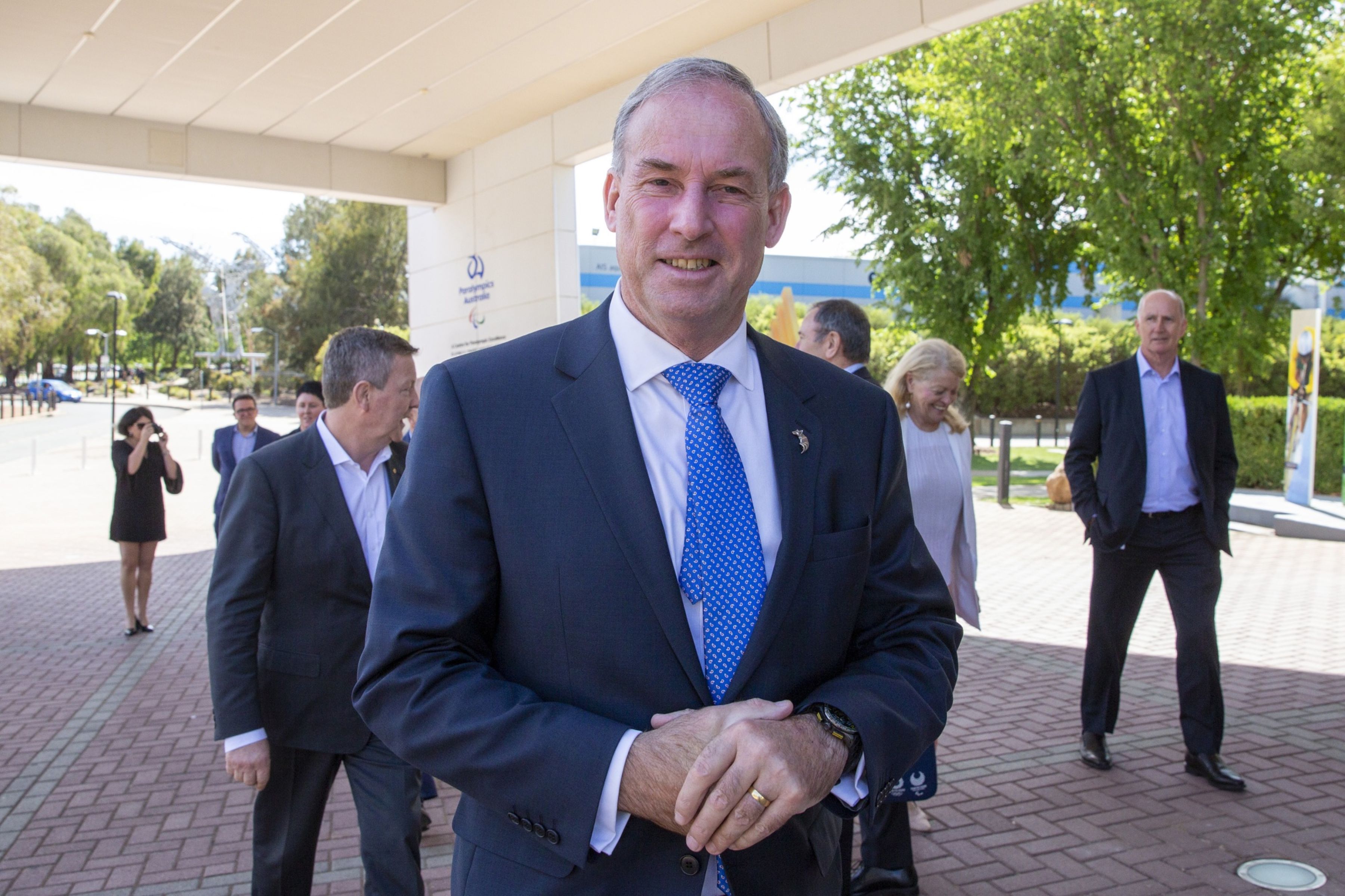 Matthews said that he’s been able to live with his parents and now that the economy is opening up, he’s managed to pick up a couple of shifts at a restaurant he worked at previously. Still, he’s aware how vulnerable his generation is.

“I’m not really future-proof at the moment,” he said. “I don’t have a lot of savings to fall back on.”

Jackson, the economist, put it more bluntly: “Generational scarring – leaving young people outside the labor market for long periods of time – makes them less likely to get better jobs in the future,” he said. “It’s a ticking time bomb.”