Bitcoin rose above $10,000 for the first time in more than six weeks amid the global rally in risk assets.

Bitcoin, which crypto fans have often touted as “digital gold,” is in favor as the yellow metal nears record levels, concerns rise about the health of the world economy and the dollar falls. Also, last week, the U.S. Office of the Comptroller of the Currency said American banks can provide custody services for customers’ crypto assets, which could help boost the asset class’s appeal with some investors. 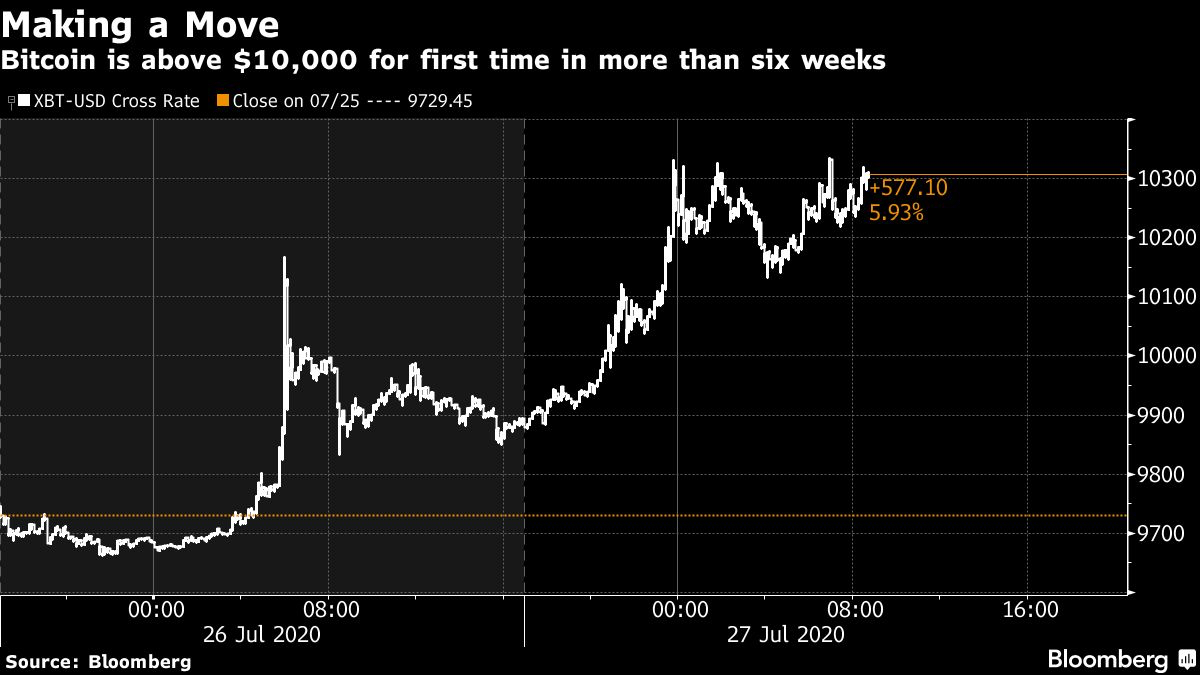 The cryptocurrency had been hovering near its 50-day moving average for weeks before pulling above it in the past couple of days.

“We remain positive on the overall precise structure for Bitcoin and do expect it push through $10,000-$10,500 as part of its longer term bullish technical profile,” said Rob Sluymer, technical strategist at Fundstrat Global Advisors LLC. Even so, that range “remains a resistance band that Bitcoin will need to break above to signal its next move to resistance at $13,800.” 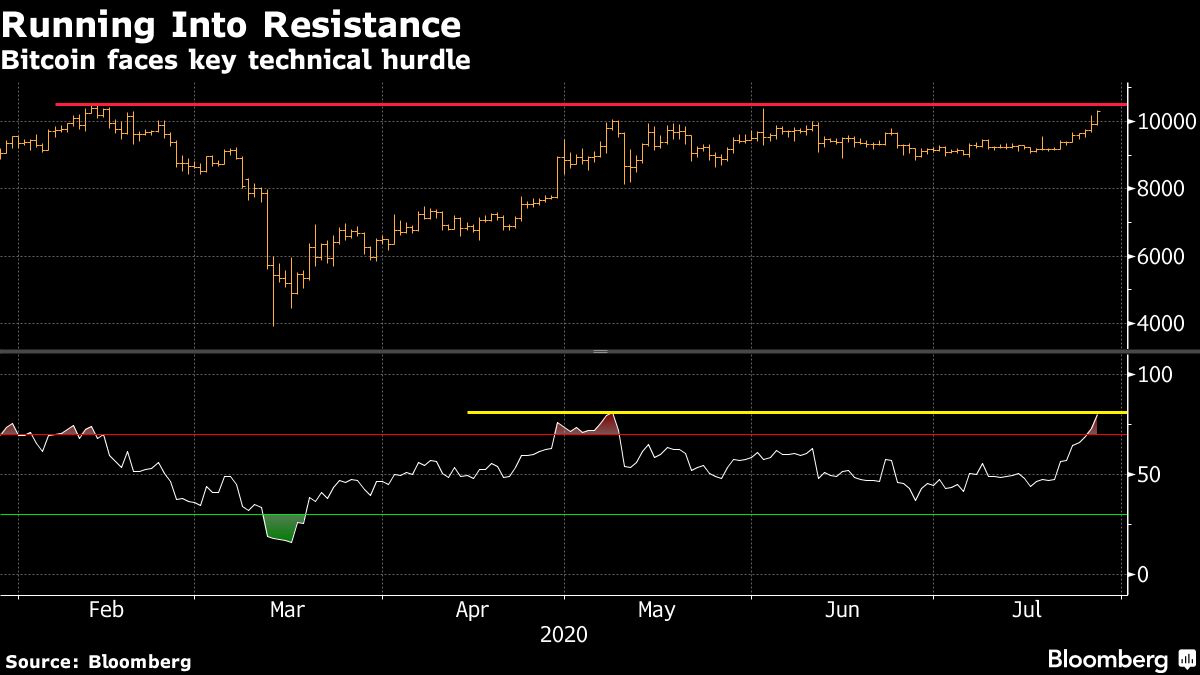 If the largest cryptocurrency can take out the $10,500 level, it could catapult much higher and test this year’s high, technical indicators suggest. At the same time, another technical gauge is indicating Bitcoin might see a pullback as its 14 Day RSI is nearing 80, far above the 70 level that indicates overbought and is near the level that killed Bitcoin’s last run in early May.

Bitcoin has enjoyed above-average flows this year, and those flows are relatively high versus their five-year average when compared with those of exchange traded funds in other asset classes, according to a report from JPMorgan Chase & Co. strategist John Normand on Friday. 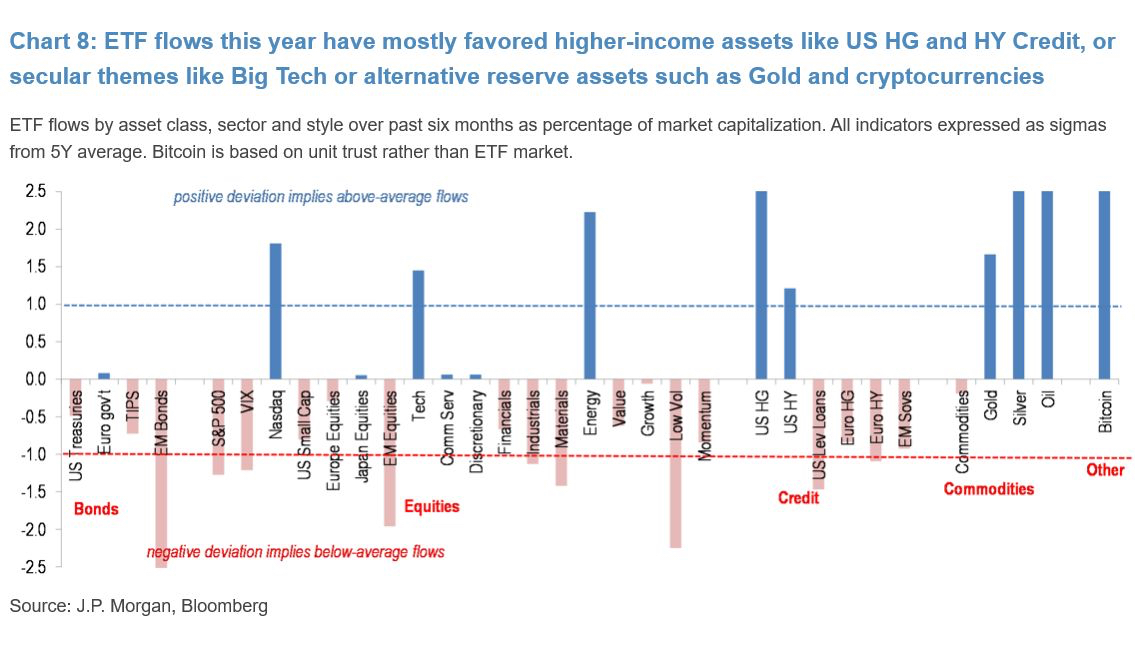