Companies exporting goods into Northern Ireland from the rest of the U.K. after Brexit will need to file new customs paperwork, an extra headache for businesses when Britain completes its split from the European Union at the end of the year.

According to a draft government plan seen by Bloomberg News, firms will need to file import declarations as well as safety and security declarations in advance, otherwise they will not be allowed to move goods across the Irish Sea.

The system will be policed by a new and untested IT platform called the Goods Vehicle Movement Service, which will also police movements of freight across the English Channel. If a haulier is unable to show it has approval from the GVMS, its trucks will not be allowed to board a ferry going to Northern Ireland, according to the plan.

The checks are a consequence of the Brexit Withdrawal Agreement passed by Boris Johnson’s government earlier this year. Under the agreement, Northern Ireland will remain in the EU’s single market and customs union. To avoid putting customs posts on the border with the Republic of Ireland, the U.K. government is required to check goods moving from Great Britain into Northern Ireland. Under pressure from Unionists, Johnson has attempted to play down the significance of those checks. 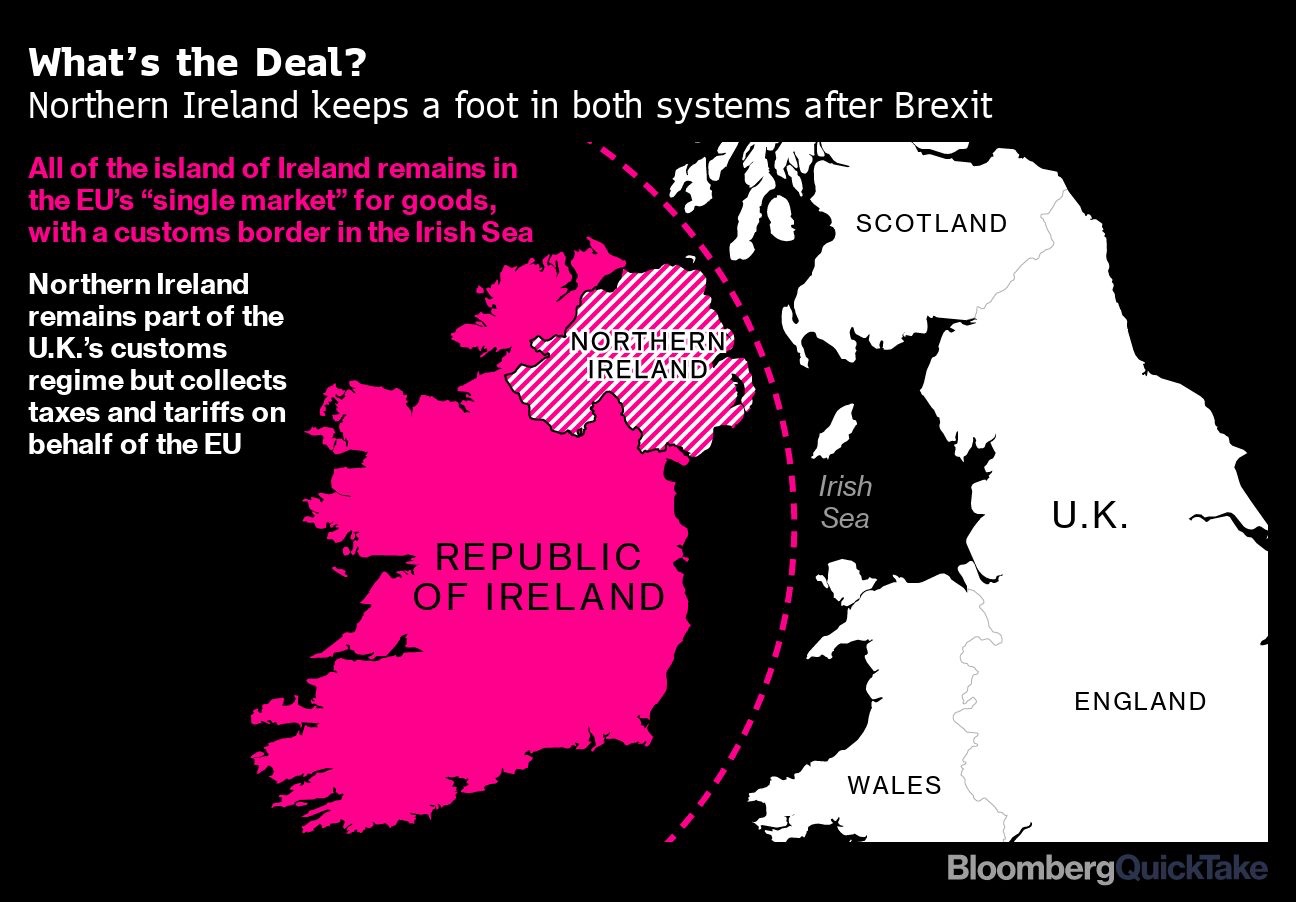 ”We are engaging with businesses and the Northern Ireland Executive to ensure they are prepared at the end of the transition period,” the government said in a statement. “Our approach, welcomed by businesses, ensures that Northern Ireland will benefit from unfettered access to the whole U.K. market and that there will be no tariffs for internal U.K. trade in any circumstances.”

The added pressure for Northern Ireland is that the new process for customs checks will have to be ready by Jan. 1, when the Brexit transition period is scheduled to end. The U.K. has given a six-month grace period to traders who import from the EU to comply with new customs requirements — but that leeway won’t apply in Northern Ireland.

That gives the government less than six months to test the GVMS IT system and get it up and running.

“Our concern is that industry has the time, capacity and training to get familiar with it,” said Seamus Leheny, policy manager for Northern Ireland at the Freight Transport Association. “Some people will be more ready than others, and we don’t want anyone to be left behind.”