The global economy will contract the most since World War II this year and emerging nations’ output will shrink for the first time in at least six decades due to the Covid-19 pandemic, reducing incomes and sending millions of people into poverty, the World Bank said.

Global gross domestic product will probably shrink 5.2% in 2020, the Washington-based development organization said in its semi-annual Global Economic Prospects report Monday. Emerging and developing economies will shrink 2.5%, their worst performance in data that starts in 1960, it said.

Per-capita output will contract in more than 90% of countries, the biggest share since 1870. This decline may push 70 million to 100 million people into extreme poverty, Ceyla Pazarbazioglu, the World Bank’s vice president of equitable growth, finance and institutions, told reporters by phone. 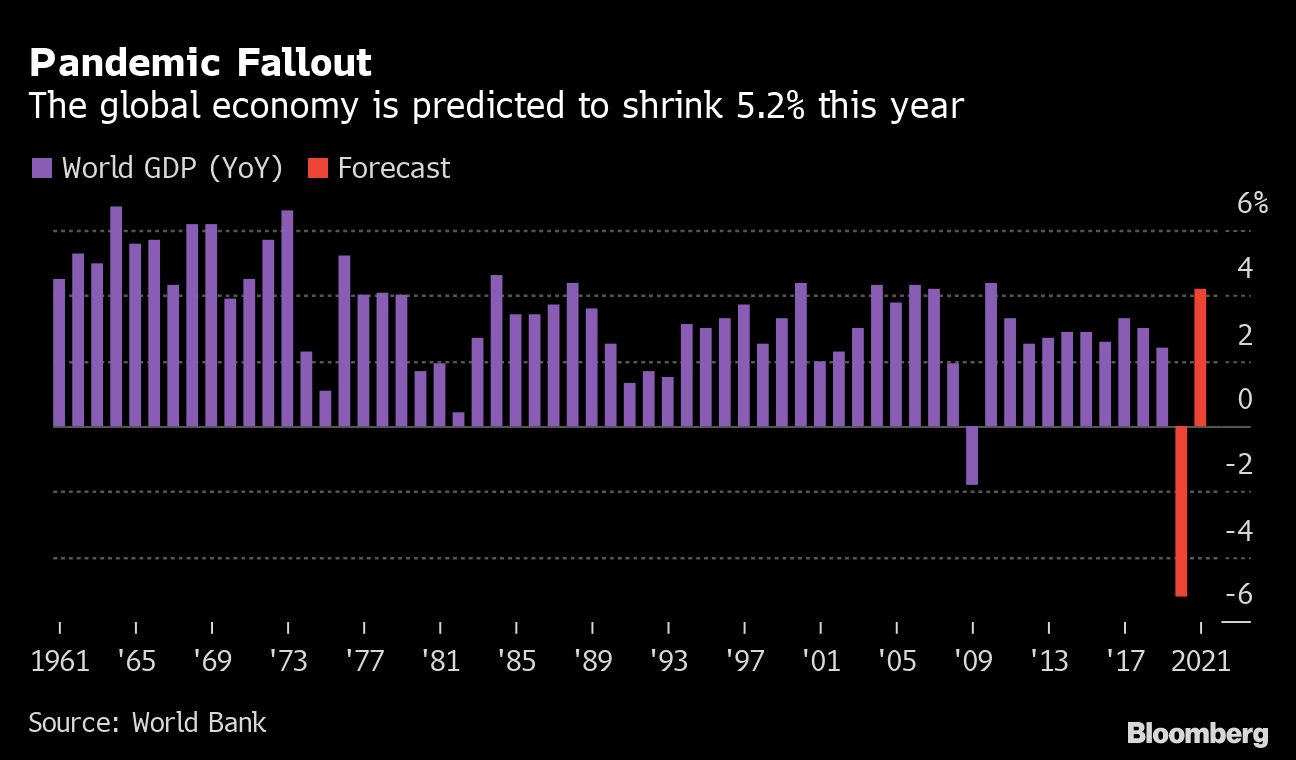 The forecast for a global contraction compares with a January projection for a 2.5% expansion and would be the fourth-deepest recession of the past 150 years after 1914, 1930-32 and 1945-46, the World Bank said.

“This is the first recession since 1870 triggered solely by a pandemic, and it continues to manifest itself,” Pazarbazioglu said. “Given this uncertainty, further downgrades to the outlook are very likely.”

Advanced economies will shrink 7%, led by a 9.1% contraction in the euro area, the lender said. 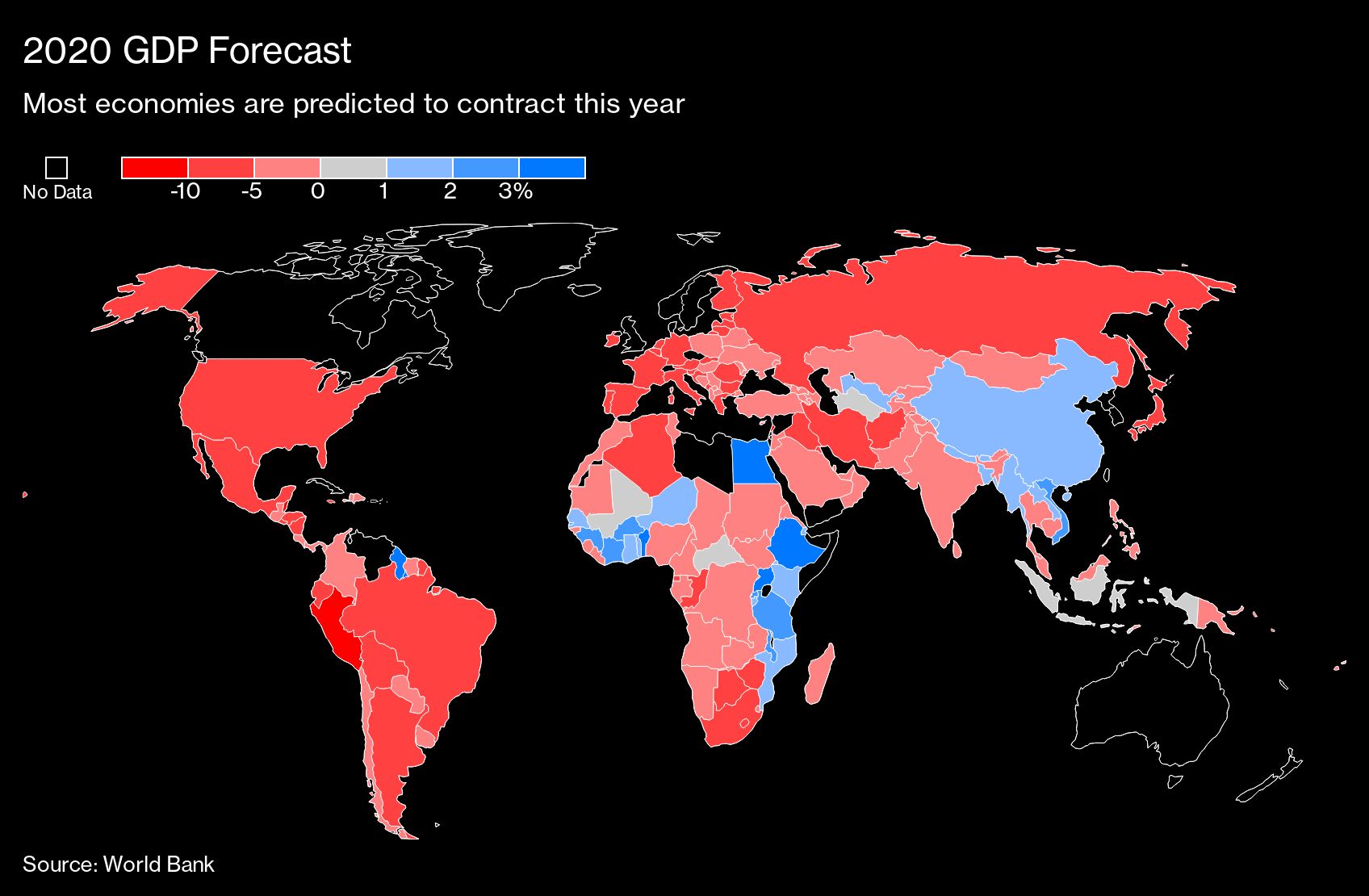 While the World Bank sees China’s economy eking out 1% growth this year, the lowest rate since 1976, it forecasts India’s will shrink 3.2%. U.S. GDP may contract 6.1%.

The World Bank presents two alternative scenarios. In one, where the Covid-19 outbreak persists for longer than expected, requiring the continuation or reintroduction of restrictions on movement, the global economy would shrink almost 8% this year. If control measures can be largely lifted in the near term, the contraction would be 4% — still more than twice as deep as the global financial crisis of 2009.

“The global recession would be deeper if bringing the pandemic under control took longer than expected, or if financial stress triggered cascading defaults,” the World Bank said.

The International Monetary Fund will update its World Economic Outlook on June 24. In April, the fund forecast a 3% contraction for this year, though chief economist Gita Gopinath has since said that the outlook has worsened. The methodologies are different because IMF aggregate forecasts are based on purchasing-power parity, which gives more weight to developing economies, while the World Bank uses market exchange rates.

Most central banks have cut interest rates to about or below zero to buffer the effect of the coronavirus, with the Federal Reserve starting an unprecedented range of emergency programs providing as much as $2.3 trillion in loans. Fiscal-stimulus packages have varied. The U.S. is providing about 15% of GDP in support and Germany about 4.7%, while Japan’s program is worth about 42% of GDP, according to Bloomberg Economics.