Crude prices fell back on Monday after Saudi Arabia said an extension of output cuts by OPEC+ nations would not include additional voluntary cuts by the kingdom and its Gulf allies the United Arab Emirates (UAE) and Kuwait.

The Organization of Petroleum Exporting Countries (OPEC) and its allies led by Russia – a grouping known as OPEC+ – agreed on Saturday to extend through a deal struck in April to cut output by 9.7 million barrels per day (bpd) in May and June. Those curbs will now continue through July.

Oil prices moved higher on the news. But the gains were short-lived.

On Monday, Saudi energy minister Prince Abdulaziz bin Salman told a news conference the kingdom, Kuwait and the UAE would not continue with their current voluntary cuts of an extra 1.18 million bpd – one million bpd of which was being shouldered by Riyadh. 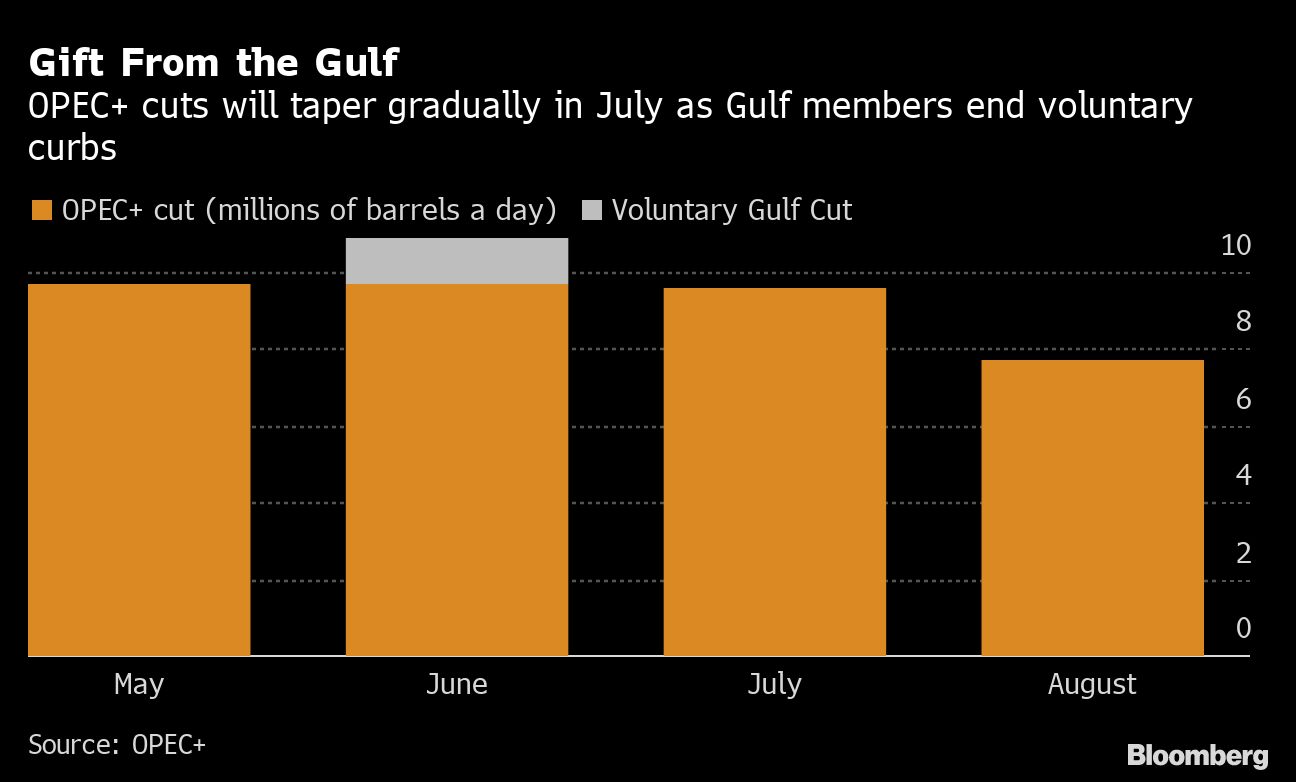 “The extra curtailments from the three are not insignificant, 1.18 million bpd is quite an amount, so a decline in prices is justified,” wrote Rystad Energy’s Bjornar Tonhaugen in a note to clients.

“It would be too good to be true to have a total of nearly 11 million bpd in voluntary cuts extended for a month at times when we see supply deficits. Keeping those bonus cuts would just not be justified for the three Gulf producers,” he added.

Low crude prices have prompted Chinese buyers to boost imports. Purchases by the world’s largest crude importer hit a record high of 11.3 million bpd in May.

But consultancy JBC Energy warned that higher prices could discourage buying and undercut a fragile recovery in crude demand.

“We cannot shake the feeling that, price-wise, this market has gotten a bit ahead of itself and will need a good confluence of bullish surprises to continue in order to maintain current pricing levels,” JBC said in a note.