With coronavirus lockdowns easing and unrest sweeping the nation, the United States got some encouraging news on the nascent jobs market recovery, but confirmation that racial inequality continues to be a feature of the US labour market.

The economy gained 2.5 million in jobs in May – by far the biggest monthly spike on record – the US Bureau of Labor Statistics reported on Friday, pushing the unemployment rate down by 1.4 percentage points to 13.3 percent.

The headline numbers were a huge shock to most analysts who were expecting millions more job losses. They were also immediately seized upon by President Donald Trump who has largely pinned his re-election campaign on his stewardship of the economy

Later, during a White House briefing, Trump told reporters: “Today is probably, if you think of it, the greatest comeback in American history.”

While Trump touted the numbers, some analysts responded with cautious optimism.

“With more states moving to loosen their lockdowns in the coming weeks, particularly in the populous Northeast, employment looks set to continue rebounding in June and beyond,” wrote Capital Economics senior US economist Michael Pearce in a note to clients, “although we still think it will be a long time before the labour market is anywhere near back to its pre-virus state.”

The chief US economist at Oxford Economics, Gregory Daco, underscored how much ground the jobs market needs to reclaim in order to regain its pre-pandemic strength.

“Even as we look for the economy to recoup about 60% of lost jobs by year-end, the unemployment rate will still likely be around 8-10%,” he wrote in a note to clients.

May’s job gains mostly reflect laid off workers who were recalled to their jobs as coronavirus containment measures are rolled back across the country. The number of unemployed workers who were on temporary layoff decreased by 2.7 million in May to 15.3 million.

More than half of May’s job gains were in the food services and drinking sector as restaurants started reopening. 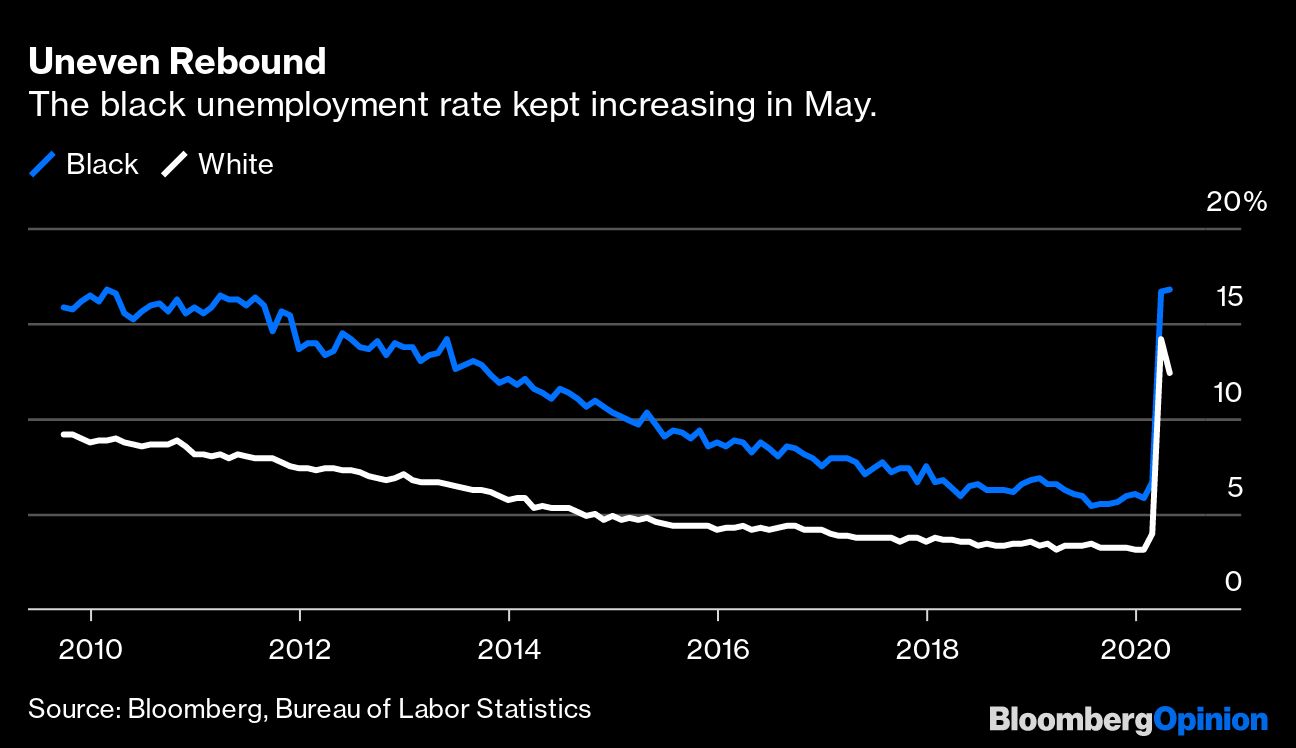 That racial divergence in joblessness is nothing new. The African American jobless rate has been higher than the white unemployment rate since the government started recording that data back in 1972.

Tens of thousands of people have participated in protests since the death of unarmed Black man George Floyd in policy custody in Minneapolis last month. Though centred on police brutality, the outcry is also an expression of mounting frustrations with deeply entrenched social and economic inequalities that the current economic downturn could likely exacerbate.

“We must remember that we’re in the middle of a pandemic that has hurt many of our Black workers hardest, and they will continue to feel the brunt of the health and economic consequences, unless policymakers take decisive action,” Elise Gould, senior economist with progressive think-tank the Economic Policy Institute told Al Jazeera. 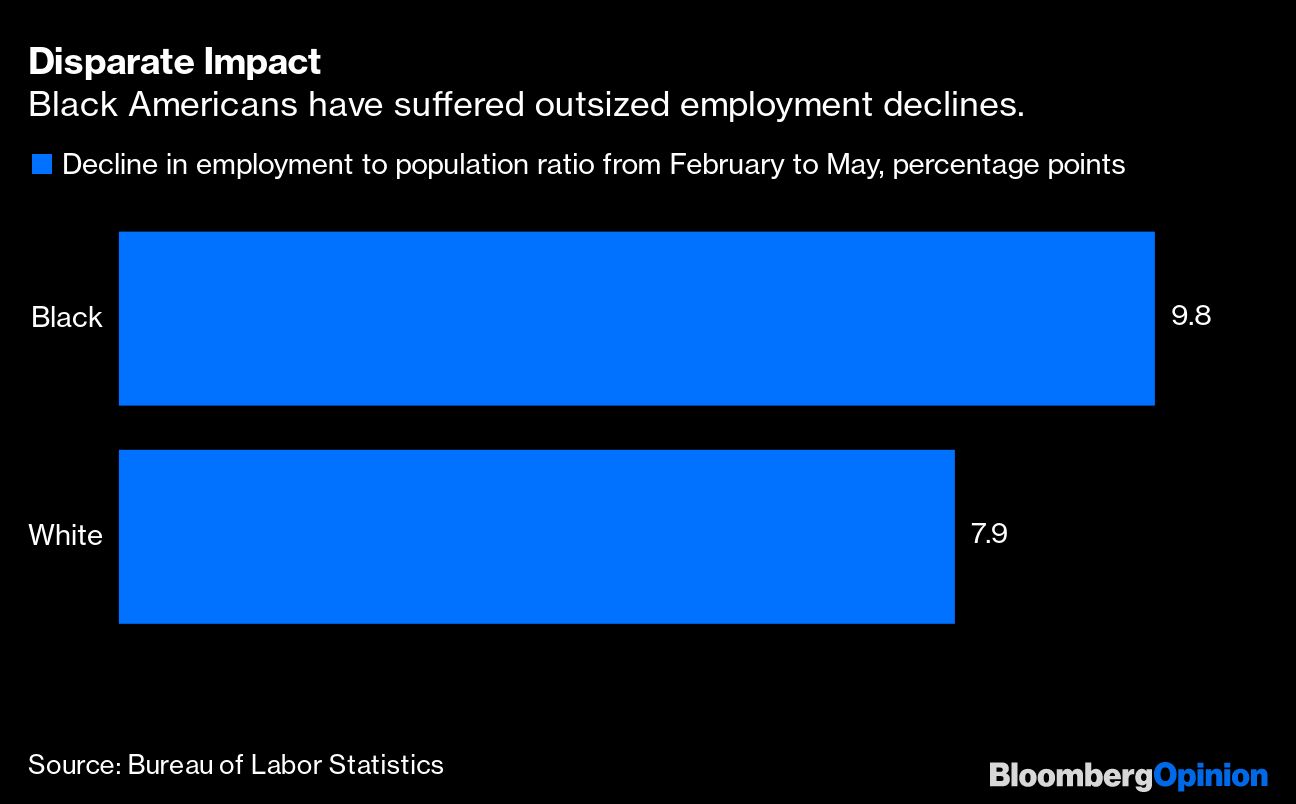 “It is imperative that policymakers do not take this as a sign that it’s time to stop providing necessary relief to workers, their families, and state and local governments. The economic pain will be long-standing without additional aid,” Gould added.

The jobs market is just one area of the economy where African Americans and other minorities have the odds stacked against them. From the value of an education to gaining access to credit to buy assets like houses to grow wealth over time, and myriad other metrics, there is a concrete, consistent pattern of racial discrimination in the US economic ecosystem.