The United States is experiencing its worst civil unrest in more than half a century, sparked by the death of 46-year-old unarmed Black man George Floyd in police custody in Minneapolis late last month.

Tens of thousands of people have participated in protests that are largely peaceful by day but have turned violent at night. Though centred on police brutality, the outcry is also an expression of mounting frustrations with deeply entrenched social and economic inequalities that have festered in the US despite promises from political and business leaders to level the playing field for African Americans and other non-white people.

With coronavirus lockdowns throwing more than 40 million Americans out of work since mid-March, the racial and ethnic wealth, income and opportunity gaps could widen further. These five charts show just how vast the chasm is.

In April, the US unemployment rate hit 14.7 percent – the worst since the Great Depression of the 1930s – as coronavirus lockdowns brutally disrupted the lives of tens of millions of American workers.

The stark racial divergence is not something that materialised with the pandemic. The racial unemployment gap has persisted since 1972, when the government started recording that data.

Though some people want to work part-time, millions of Americans would rather have the greater security and stability associated with a full-time job.

But that security is not equally within reach. A survey from the US Federal Reserve found that Black and Hispanic workers who did not have full-time employment last year were disproportionately more likely to say they wanted more work than they currently had. 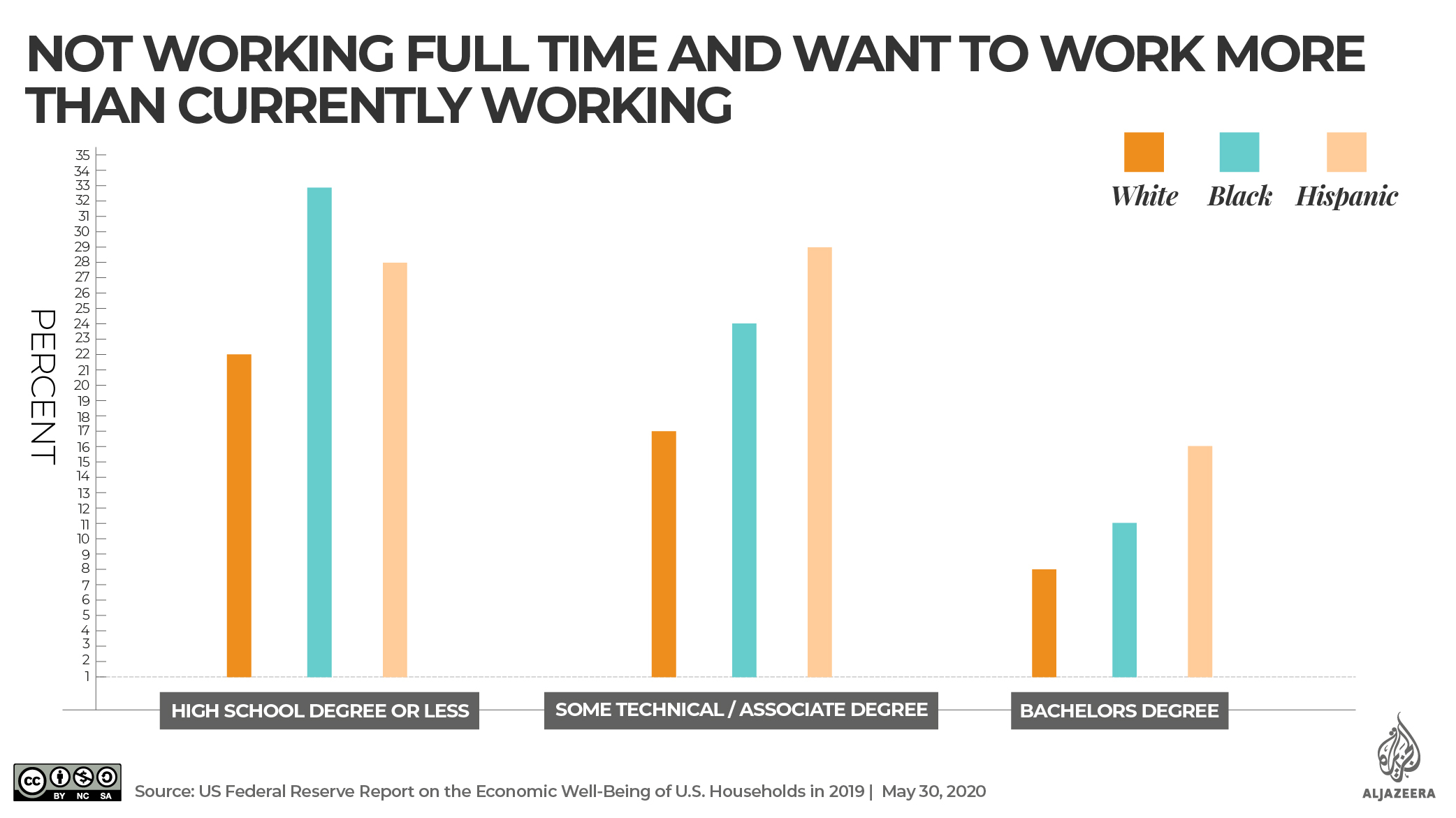 Though there are certainly exceptions, generally speaking, the more educated a person is, the greater his or her economic wellbeing.

But here, too, degrees of wellbeing differ by race.

Case in point: Black adults with some college or a technical degree have lower levels of financial wellbeing than white individuals who have only a high school education or less, according to the Federal Reserve. And within every stratum of education, Black and Hispanic adults earn less than their white counterparts. 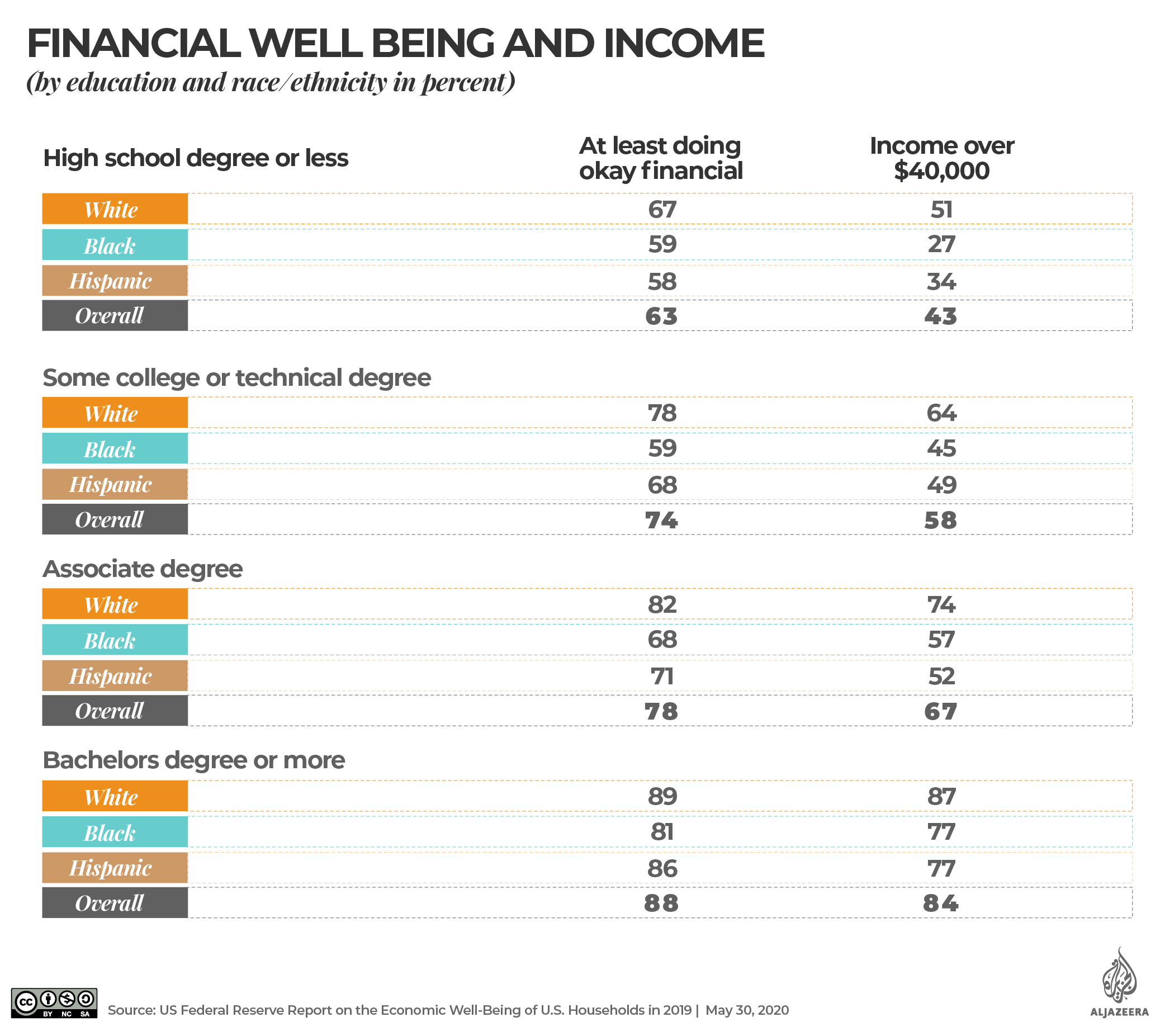 Being the victim of a violent crime, having an immediate family member who has been in jail or prison, and shouldering outstanding court costs and legal fees can all damage economic wellbeing.

A criminal record can seriously cripple employment prospects, while legal fees can weigh on household finances for years.

Black people were also twice as likely as white people to have families who were carrying unpaid legal expenses, fines and court costs. 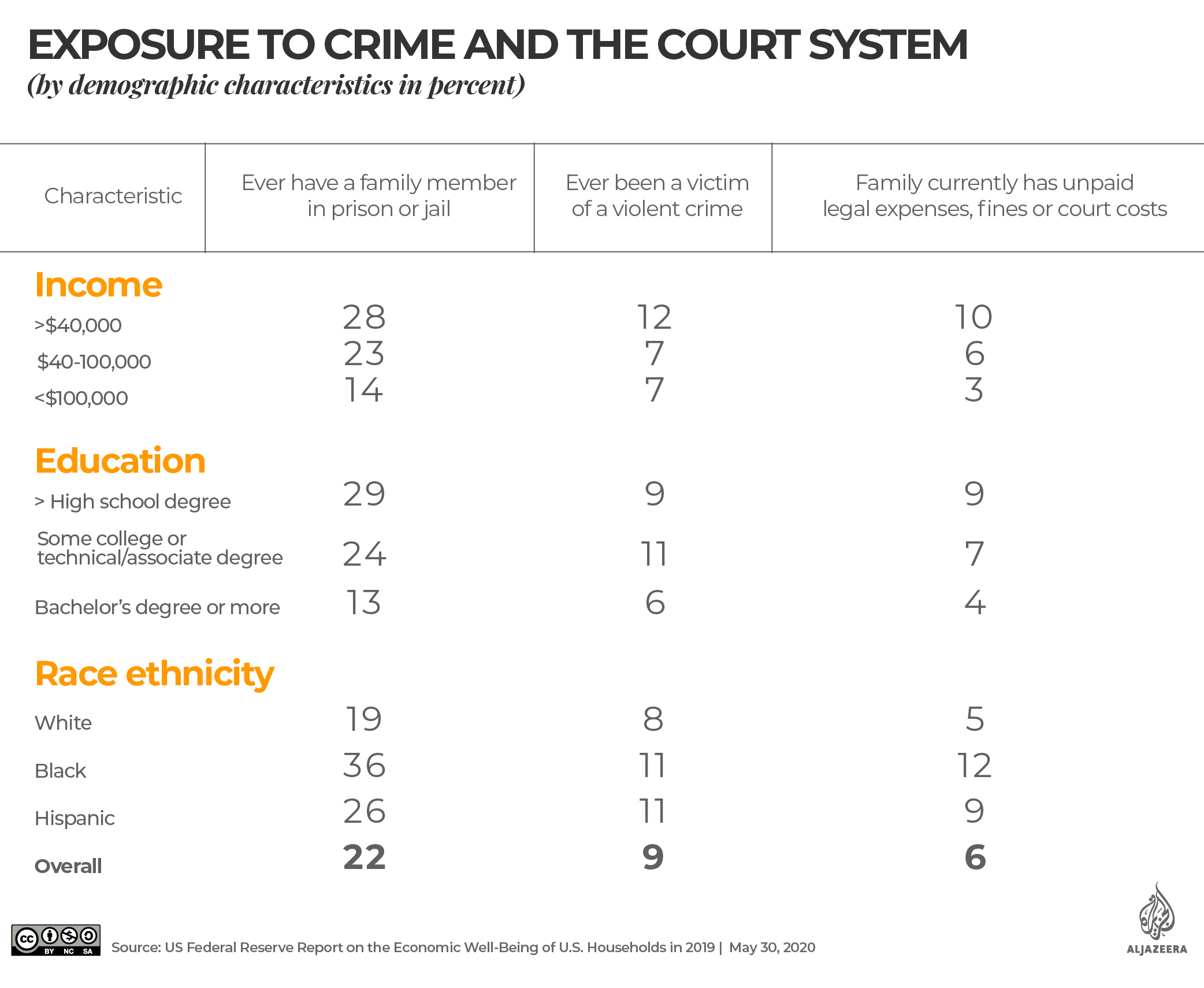 Credit is often associated with financial ruin, but it can also play a very positive role by boosting an individual’s fortunes. A credit card can help people get over an unforeseen expense, while loans can help individuals purchase assets such as houses to grow their wealth beyond what they earn from take-home pay.

While most US adults who applied for credit last year were able to obtain it, the Federal Reserve found that Black people were more than twice as likely to be denied credit or face limitations on borrowing than their white counterparts. The Fed also found severe racial differences in access to credit existed across income brackets. 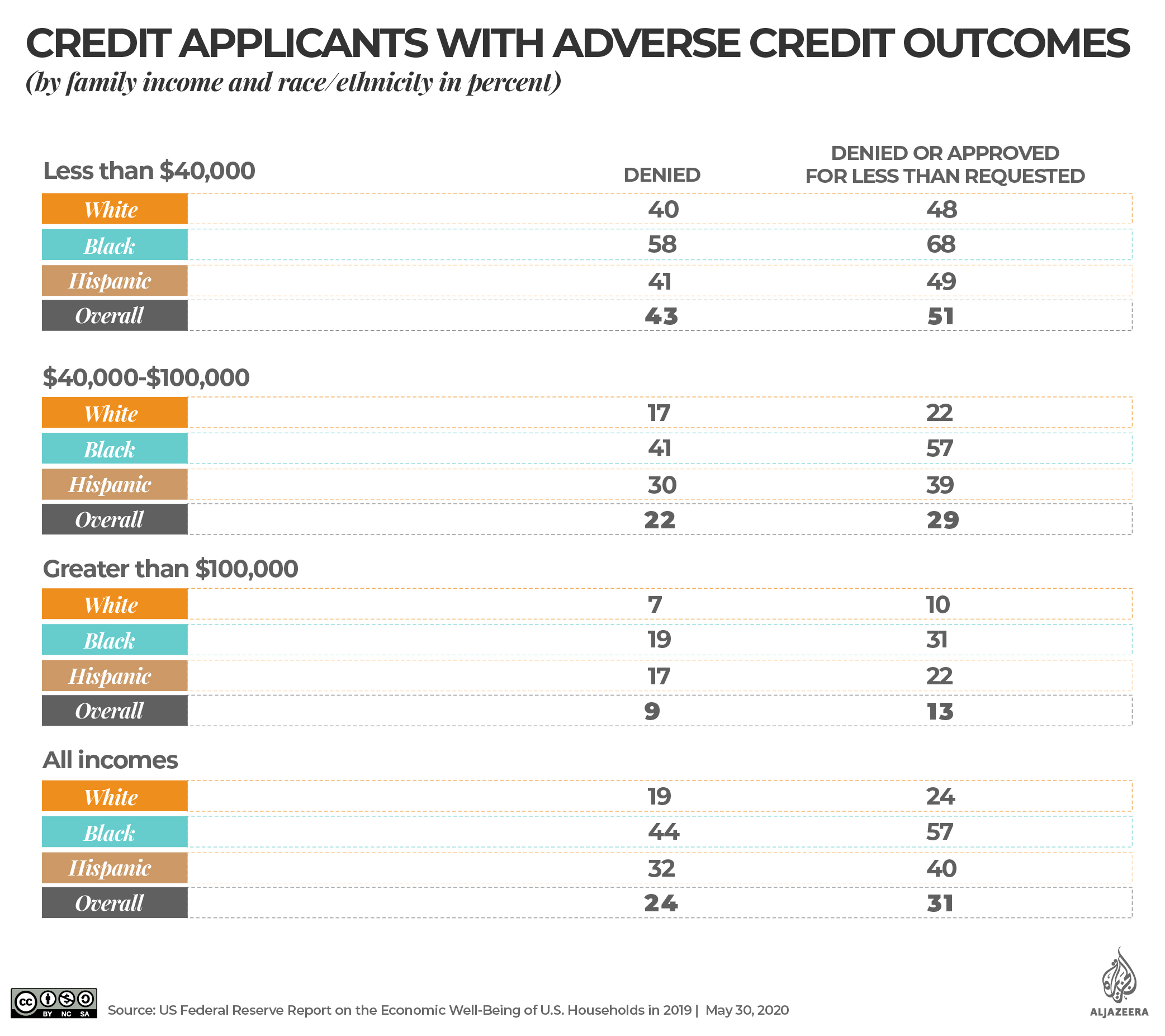