By Saritha Rai and P R Sanjai and Baiju KaleshBloomberg

He has no flashy titles and few outside India know his name. But in the halls of Reliance Industries Ltd., Manoj Modi has quietly become one of the most powerful forces behind the corporate empire of Asia’s richest man.

Reserved and mostly invisible to the public, Modi is viewed by many insiders and others in India’s business world as the right hand of billionaire Mukesh Ambani. He played a key role during negotiations for a $5.7 billion deal with Facebook Inc. in April, backing Ambani and his children as they hashed out an agreement with the social networking giant, people familiar with the matter said.

As Ambani, 63, shifts his sprawling conglomerate’s focus from petrochemicals to internet technologies, Modi is seen as a particularly influential voice. Facebook’s investment in the group’s Jio Platforms was followed by similar deals from a slew of private-equity funds, injecting $13 billion into the business and placing it firmly on Silicon Valley’s radar.

The sixty-something, diminutive Modi — who isn’t related to India’s Prime Minister Narendra Modi — rarely gives interviews and there’s little in the public realm about his private life. Yet he illustrates how lesser known personalities in India with long-running ties to corporate dynasties can have an outsized impact.

“It’s not a company that advertises its organizational structure but the industry knows that Ambani and Modi are a strongly-bonded team — and together drive deal negotiation and relentless execution to the last level of detail,” said Vani Kola, managing director of venture capital firm, Kalaari Capital Partners, who persuaded Modi to make a rare public appearance at a conference last year, albeit by video.

A Reliance spokesperson didn’t respond to a request for comments from the company and Modi.

Modi is a director at Reliance Retail Ltd. and the group’s telecom carrier Reliance Jio Infocomm Ltd. At Kola’s conference, he downplayed his skills. “I don’t really negotiate,” Modi said. “I don’t understand strategy,” he went on. “In fact, people internally know that I don’t even have a vision.” He described his role, saying, “I deal with our internal people, coaching them, mentoring them and guiding them on how something can be done.”

But then came a hint of his thinking: “Our principle at Reliance is very simple: Unless everyone makes money while working with us, you cannot have a sustainable business.”

In interviews, more than half-a-dozen executives in the technology industry, who have had dealings with Reliance, said Modi has a reputation for driving hard bargains. When dealing with startups, he often controls negotiations from behind the scenes by instructing executives how far to push, making an appearance nearing deal fruition, they said.

While Reliance’s recent mega investments have drawn the spotlight, the conglomerate also began an acquisition spree to buy smaller firms some years ago to build expertise in newer technologies from artificial intelligence to blockchain. The idea is to create a digital business that wields power in everything from online retail to streamed entertainment and internet payments.

Modi has a big say in every deal and often a meeting with him signals the final stamp of approval, four different startup founders said in interviews.

“He derives his power in the organization not just because of his loyalty, but because of his very astute, smart and able negotiator skills for Reliance Industries,” G. R. Gopinath, founder of budget carrier Air Deccan, who had sold a stake in his cargo airline to Reliance in 2010. “Significantly, though without formal education from Ivy League universities, he has a very sharp mind and a rare insight and native genius to grasp modern technology in the Indian context.”

Gopinath said Modi is “ruthlessly efficient” and manages to get the best possible deal for Reliance in mergers and acquisitions.

Modi is one of the few who have been with the company since the 1980s when Ambani’s late father was building the oil-and-petrochemicals giant. A few years earlier, Manoj Harjivandas Modi and Ambani had studied at what was then called the University Department of Chemical Technology in Mumbai and become fast friends. 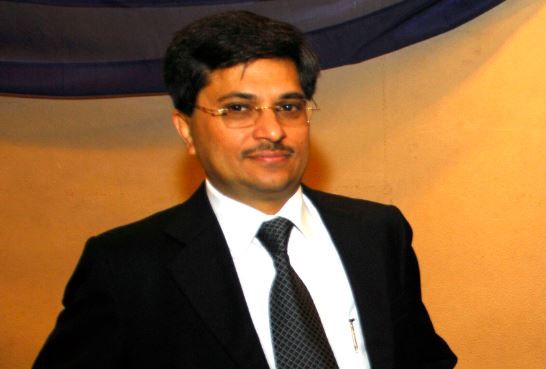 That’s allowed Modi a chance to work with three generations of the Ambani dynasty: The late patriarch Dhirubhai, then Mukesh and his wife Nita, and now his children Isha and Akash, who are playing more prominent roles on deals like Facebook.

Over the years Modi became known as the execution man, overseeing large projects. He broke new ground by managing Reliance’s retail reach to smaller cities and expanded it to India’s largest retailer. But it was with the pathbreaking telecom service that Ambani built up that Modi came into his own.

His negotiating skills were very visible when Reliance Jio raced to launch its wireless services in 2016 and built its fiber optic cable network.

One of the people who participated in the negotiations described a scene where select vendors were summoned to the headquarters for talks. The bait dangled in front of each was the massive scale of the project. Unknown to vendors at that time, multiple Reliance teams negotiated simultaneously in separate rooms with Modi as the interface guiding executives, that person said.

These days, after crushing its rivals, Jio is the largest telecom operator in India with nearly 400 million users. It’s also increasingly important to global businesses like Facebook and WhatsApp as it serves as an entryway into an exploding digital economy and an e-commerce ecosystem that includes payments, education and health care.

“Their work in expanding access to affordable mobile broadband has been phenomenal,” Ajit Mohan, vice president and managing director in India for Facebook, said of Ambani’s company.

Among the skills Modi has honed is working with senior executives at Reliance, like Anshuman Thakur, head of strategy at Reliance Jio Infocomm and a long time banker, who plays a key role on deals and regularly briefs the press.

During the negotiations for the Facebook deal, Ambani, his children Isha and Akash, and Modi were key right through the discussions, one of the people familiar with the transaction said. Once Ambani gave the go ahead, Thakur worked to structure the deal, one of the people said.

Still, the global coronavirus pandemic is poised to put India on track for a sharp economic contraction. That means Modi and Ambani will have their work cut out to grow digital sales amid slowing consumer spending, even as they ready Jio Platforms for a share sale. Reliance Industries is preparing the business for an initial public offering overseas, people with knowledge of the matter said last month.

Meanwhile, a crash in oil prices caused uncertainty in negotiations to sell an estimated $15 billion stake in Reliance Industries’ oil and chemicals division to Saudi Arabian Oil Co., or Aramco, as part of its bid to pay down its formidable debt pile, which stood at more than $20 billion as of March last year. Reliance recently said the Aramco talks are progressing.

Very little is known about the actual plans of Jio Platforms as the digital business rolls into the next phase of its expansion. Both Modi and his boss may have a joint hand in maintaining this level of secrecy.

“Why talk needlessly when you can show your capabilities in the ranbhoomi,” said Kola, the venture capitalist, using the Hindi word for battlefield.