Beirut, Lebanon – Few in Lebanon were ever convinced by Prime Minister Hassan Diab’s assertion that his government was “independent” and “technocratic”.

It has hired United Kingdom-based public relations experts and international consultants, its ministers are all new faces, and its prime minister speaks fluent Arabic and gives at-times inspiring speeches – unlike his predecessor.

But, analysts have said, beneath the embellishments, the same old figures govern.

Most of Diab’s ministers were appointed by the same handful of sectarian politicians and former warlords against whom hundreds of thousands of people rose up against across the country last October in an unprecedented anti-establishment uprising.

When Diab’s government came to power after former Prime Minister Saad Hariri’s Cabinet was toppled, attempts by some ministers to implement even humble changes were repeatedly quashed: A capital controls law was killed off because powerful Shia political leader Nabih Berri, who has been speaker of parliament for some 28 years, said it was a non-starter.

A Cabinet decision to construct two power plants instead of three to solve Lebanon’s perennial electricity cuts was reversed after the main Christian party of President Michel Aoun objected to not having a power plant in its majority-Christian area of influence.

But on Wednesday, with Cabinet’s endorsement of 20 key administrative and financial appointments according to the same old pie-sharing system, rather than strictly based on merit and qualifications, analysts said any illusions of independence should be put to rest.

“Nothing has changed,” Sami Atallah, director of the Lebanese Center for Policy Studies, told Al Jazeera. “The Titanic is sinking, and politicians are still fighting over this position or that position. It’s really, really sad.”

“But were we expecting anything different? Not really,” he added.

Among the appointments made on Wednesday were four vice-governors to the Central Bank and members of the Banking Control Commission, Capital Markets Authority and a member of a specialised investigation committee at the Central Bank. The latter three are all oversight and regulatory bodies.

Cabinet also appointed a new director-general to the economy ministry, a new head to the Civil Service Council, akin to the state’s human resources department, as well as governors for Beirut and the northern Kesruan-Jbeil region.

Many of the financial positions are especially important today given Lebanon’s deep economic and financial crisis which the government has said will require a restructuring of its local and foreign-held debt, private banks and the Central Bank.

“This requires independent, non-political, competent, technically knowledgeable, experienced monetary and regulatory authorities … who are not subject to domination and intervention by corrupt politicians and their interests,” Nasser Saidi, a former vice-governor and economy minister, told Al Jazeera. Instead, Wednesday’s appointments “confirm the political establishment is continuing business as usual, despite the protests that started in October.”

“Political appointees cannot undertake deep reforms that threaten the interests of the political establishment and its cronies,” Saidi said.

Lebanon’s parliament had notably ratified a new independent mechanism for top-level appointments just two weeks ago that would force all candidates to undergo rigorous exams.

It has not yet gone into effect, though many analysts and opposition figures, including MP George Adwan who drafted the appointments law, called on Cabinet to wait until it did go into effect as an indication of its intention to reform.

“Are you a government of reform or one of quotas? An independent government or subordinate to those to whom you gives shares? … You have to decide. Today, if you chose the quota appointments, the fig-leaf drops,” Adwan said in a news conference before the session.

Acting Information Minister Ramzi Moucharafieh denied that appointees had been selected solely via “muhassasa” – a de facto quota system whereby each of Lebanon’s sectarian leaders gets to name their share of civil servants.

Merit had been a main factor, he said.

“Political manoeuvring is normal, every person will try to bring in the people close to them, but the important part is that they have merit and were chosen based on criteria and CVs and personal interviews,” Moucharaifeh said in response to a question from Al Jazeera following the session.

Economy Minister Raoul Nehme told Al Jazeera as he left the session that a number of the candidates’ CVs had been put forward to Cabinet just 48 hours earlier. 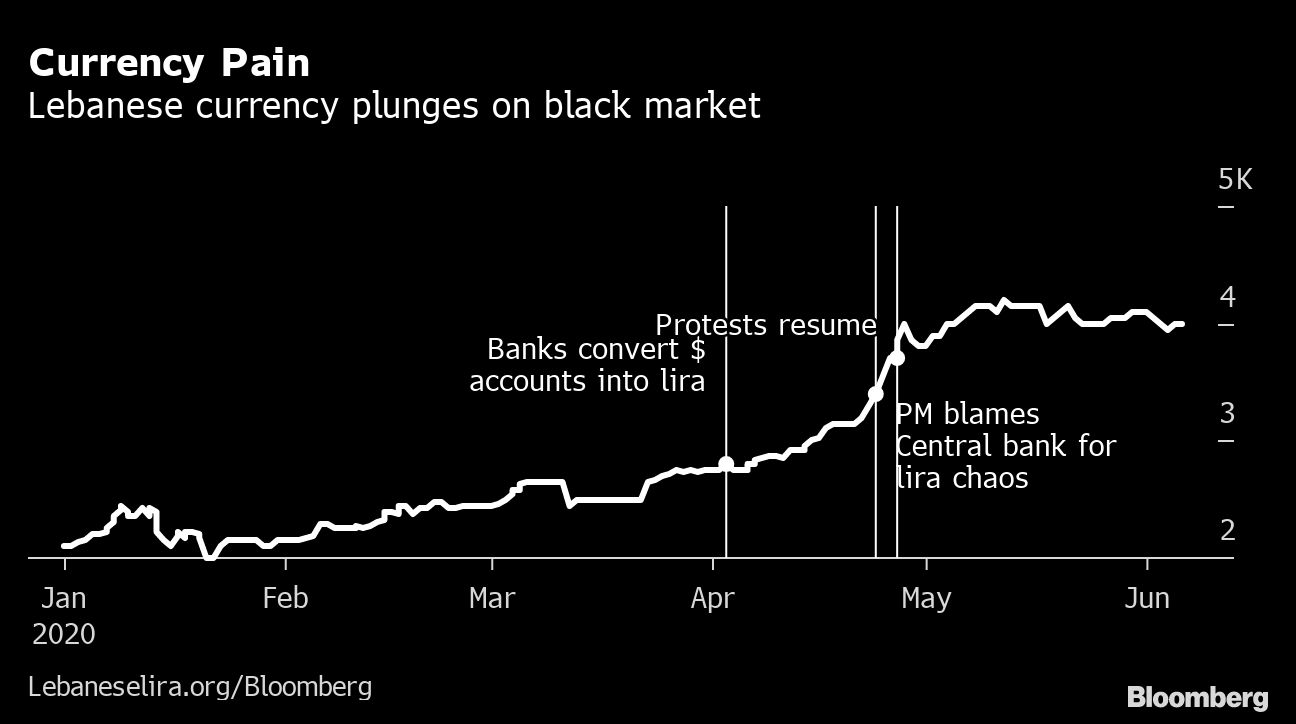 ‘Sinking into the abyss.’

Some government ministers themselves said they opposed the manner of appointments. Hezbollah-affiliated Industry Minister Imad Hoballah said he had objected to the “lack of transparency” and the absence of a merit-based appointment mechanism.

Meanwhile, two ministers affiliated with the Marada Movement of Christian politician Sleiman Frangieh boycotted the session at his request. Frangieh said he disagreed with “shameless” appointments based on sectarian interests and quotas, rather than merit. Frangieh had notably threatened to have his two ministers resign from the government in March if he were not allowed to name two top-level civil servants instead of one.

Hundreds of thousands of people took to the streets last October to demanded a change to cynical politics-as-usual. Seven months on, the need for change has only grown as conditions worsen. This week Lebanon’s currency depreciated from about 4,000 Lebanese pounds to a dollar, to more than 4,700 pounds to the dollar on the black market, a main source of foreign currency, amid a worsening dollar shortage.

Signs of social strain are beginning to show. In the first four months of 2020, murders were up by 103 percent on last year, from 29 to 59, according to Information International, a Beirut-based research and consultancy firm that got its numbers from the Internal Security Forces.

Many hundreds have protested in parts of the country during the past week. Brief sectarian clashes took place in Beirut on Saturday in areas that were front lines during the country’s devastating 15-year civil war that ended in 1990. Newscasts were filled with talk of renewed sectarian conflict.

Without significant changes and “a new grand bargain” Atallah said, “I think the country is sinking into the abyss.”