The New York gold market has been flipped on its head in just a couple of months, with a scramble for the metal turning into a glut.

Earlier this year, traders who had sold contracts paid a steep premium to close positions after the coronavirus pandemic grounded flights, sparking worries about the ability to get gold to New York. That drove futures to the highest premium to the spot price in four decades, attracting a flood of metal to the U.S. from around the world. Now, contract holders are trying to avoid taking delivery from the massive inventory.

June futures sank to more than $20 an ounce below August earlier this week, from a premium in mid-April. Notices to deliver on June contracts begin to be filed on Thursday. The June contract is also below spot prices, after fetching a $12 premium as recently as mid-May and $60 in March.

The steep discount echoes some of what oil traders saw earlier this year, when crude stockpiles surged after fuel demand plunged. In that extreme case — which no one expects to be repeated in gold — prices plunged below zero as traders who had bought futures but weren’t able to take delivery were forced to pay buyers to unload the contracts. 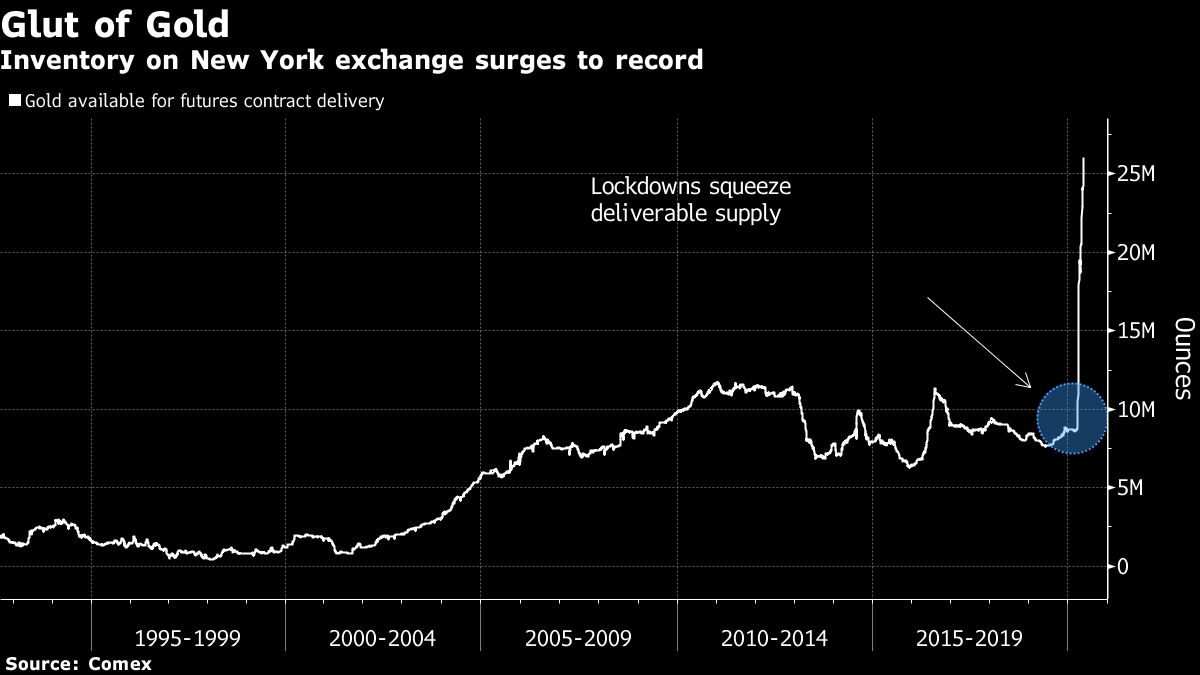 “It’s a little bit of a game of chicken,” said Tai Wong, head of metals derivatives trading at BMO Capital Markets. “All of a sudden you get into a similar problem that you had in crude, but slightly different: for crude they literally didn’t have a place to put it — whereas in this case speculative longs don’t want the logistical hassle of holding physical metal, which is why cost to roll has blown out.”

Since the end of March, just over 17 million ounces have flowed into Comex. That’s more than the total increase in ETF holdings last year, and almost equivalent to India’s annual jewelery demand. Inventories stand at a record 26.3 million ounces as of Wednesday, dwarfing the 6.1 million ounces worth of June contracts still open.

To be sure, the imbalance in the New York market is a localized phenomenon: gold remains in high demand around the world among investors concerned about the state of the global economy. 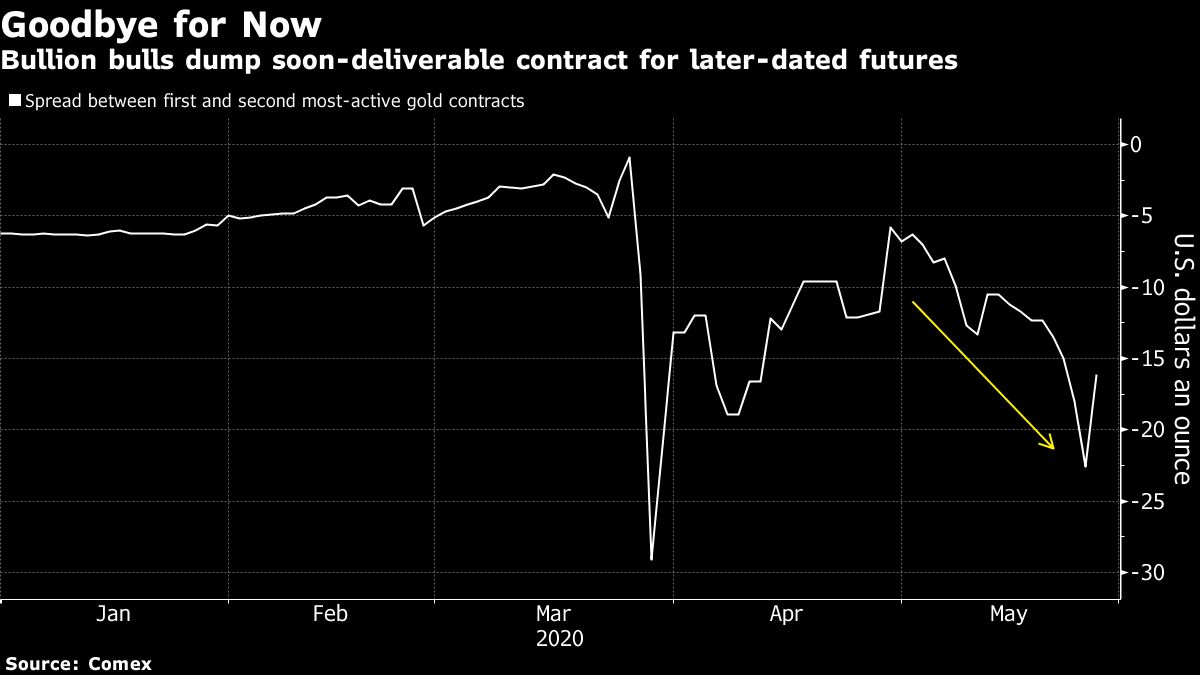 The seeds of the current glut were sown when the coronavirus shut down commercial flights earlier this year and forced some gold refineries to close. The shutdowns strangled the supply routes that allow physical bullion to move around the globe, and prompted banks to step back from arbitraging between the London and New York markets. At the same time, demand for gold as a haven grew amid fears of the pandemic’s economic toll.

The premium for New York futures over London surged as traders rushed to avoid delivering in April, instead buying back contracts they had sold short.

Traders trying to capture that premium were able to arrange physical delivery, swelling inventories. Key refining hub Switzerland shipped a record amount of gold to the U.S. in April, according to figures dating back to 2012. Australia’s Perth mint also ramped up production last month and shipped bars to the Comex.