When it comes to the Gulf, Vanguard Asset Management is buying the bonds of Abu Dhabi and Qatar, and shunning those of Saudi Arabia.

The three energy-rich states are among the strongest credits in emerging markets, each of them possessing ratings of single-A or better. This month they sold $24 billion of Eurobonds between them.

But to Vanguard, which manages $6.2 trillion of assets, the world’s biggest oil exporter sticks out as the more vulnerable after the collapse in crude prices this year. It opted against buying the kingdom’s latest bonds two weeks ago — though with demand topping $50 billion, plenty of other funds thought otherwise. 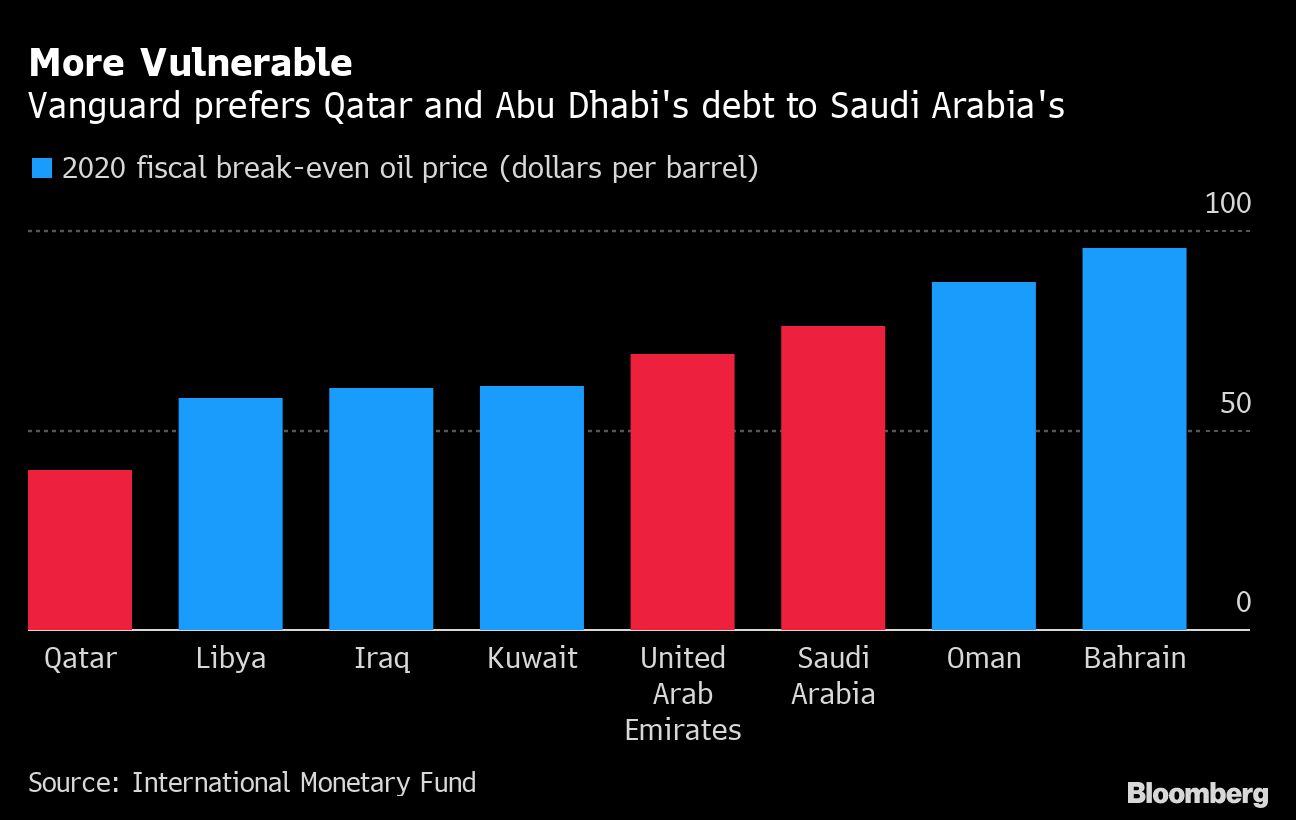 “Abu Dhabi is probably the best quality of all the oil-producer nations, so we added exposure,” said London-based Nick Eisinger, Vanguard’s co-head of emerging markets active fixed income. “Saudi still has plenty of foreign-exchange reserves and assets to deal with difficulties, but we think it is less robust than Abu Dhabi and Qatar.”

All the region’s economies are under strain with the coronavirus pandemic crushing demand for oil. Brent crude prices are down to $25 a barrel, 60% lower than at the end of last year.

Still, Saudi Arabia needs a price of $76 to balance its budget this year, which is higher than Abu Dhabi’s break-even price of under $70 and almost double Qatar’s of $39, according to the International Monetary Fund. Saudi reserves fell by $27 billion in March, the most on a monthly basis since at least 2000, as the government looked to make up for falling revenue.

Saudi Arabia’s dollar bonds have lost 2.5% this year, according to Bloomberg Barclays indexes. That’s much less than the emerging-market average of 11%, but more than Qatar’s losses of 1.2%. Abu Dhabi’s debt has gained 0.5%.