Everyone expected shut-in viewers to embrace Netflix Inc. during the global coronavirus pandemic. But few could have predicted the stampede that actually occurred.

Netflix added a record 15.8 million paid subscribers during the first quarter, almost double the 8.47 million forecast by Wall Street analysts. The company also clobbered its own forecast of 7 million, with droves of new customers binge-watching “Tiger King” or “Love Is Blind” to ride out the quarantine.

The question now is how long the boom will last. Netflix expects 7.5 million new subscribers in the second quarter. Under normal circumstances, that would be a great quarter, but investors — who sent the stock to new highs this week — may have wanted more.

Though they initially sent Netflix shares up as much as 12% after the close Tuesday, the rally soon fizzled. The stock was little changed as of 5:38 p.m. in New York. 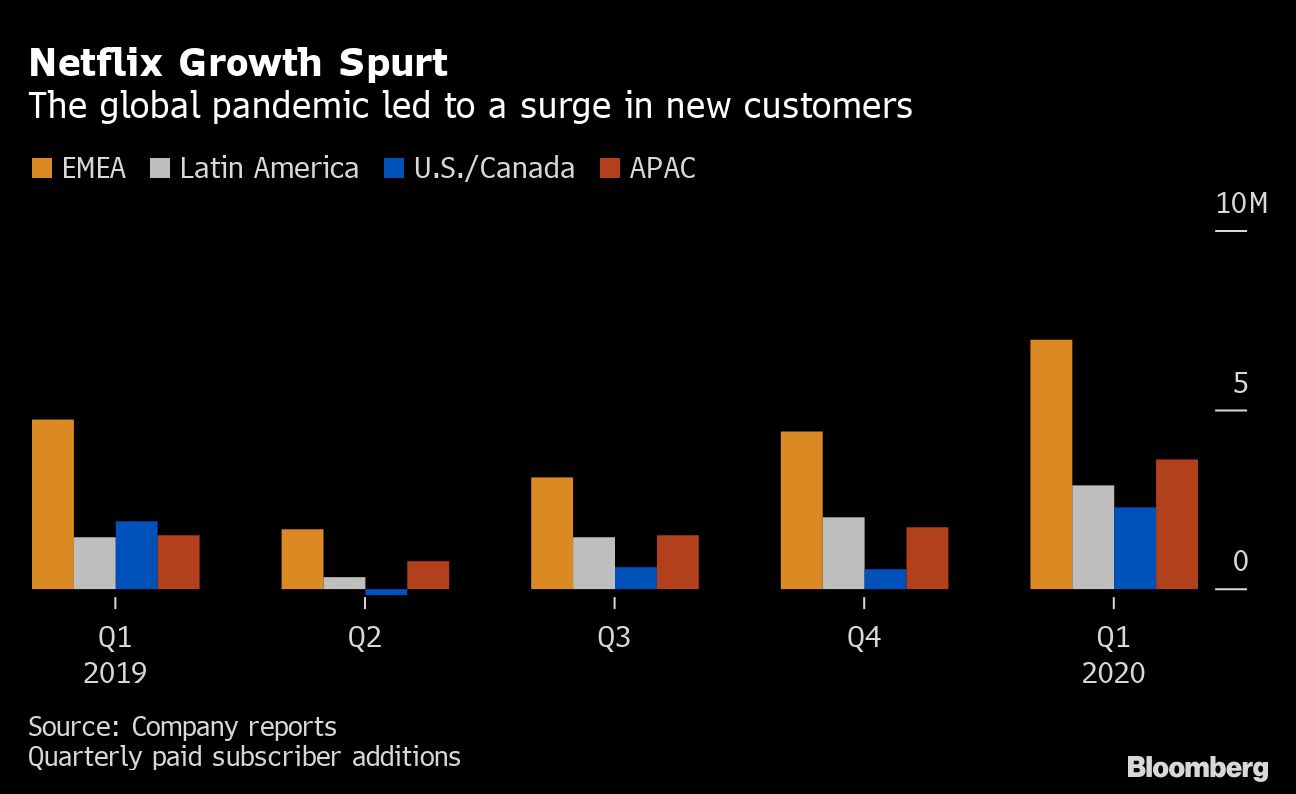 “Like other home entertainment services, we’re seeing temporarily higher viewing and increased membership growth,” the company said in a letter to investors. “We expect viewing to decline and membership growth to decelerate as home confinement ends.”

While Covid-19 has been devastating to the global economy, video-streaming services like Netflix have found themselves with a captive audience. The new Disney+ service surpassed 50 million subscribers in just five months, a faster pace than predicted.

Another plus: Netflix has finally cracked the code on reality TV. “Tiger King,” a documentary about big-cat zoo owners, was the biggest new hit series for Netflix in the U.S. since “Stranger Things.” Meanwhile, “Love Is Blind,” a dating show, drew 30 million viewers. And a newer dating show, “Too Hot to Handle,” has been one of the most popular shows on Netflix since its release last week.

Netflix produced free cash flow of $162 million in the first three months of the year, the first quarter that measurement was positive since at least 2014, according to data compiled by Bloomberg. But that’s a bit of a fluke because a worldwide pause in TV and movie production lowered Netflix’s costs. 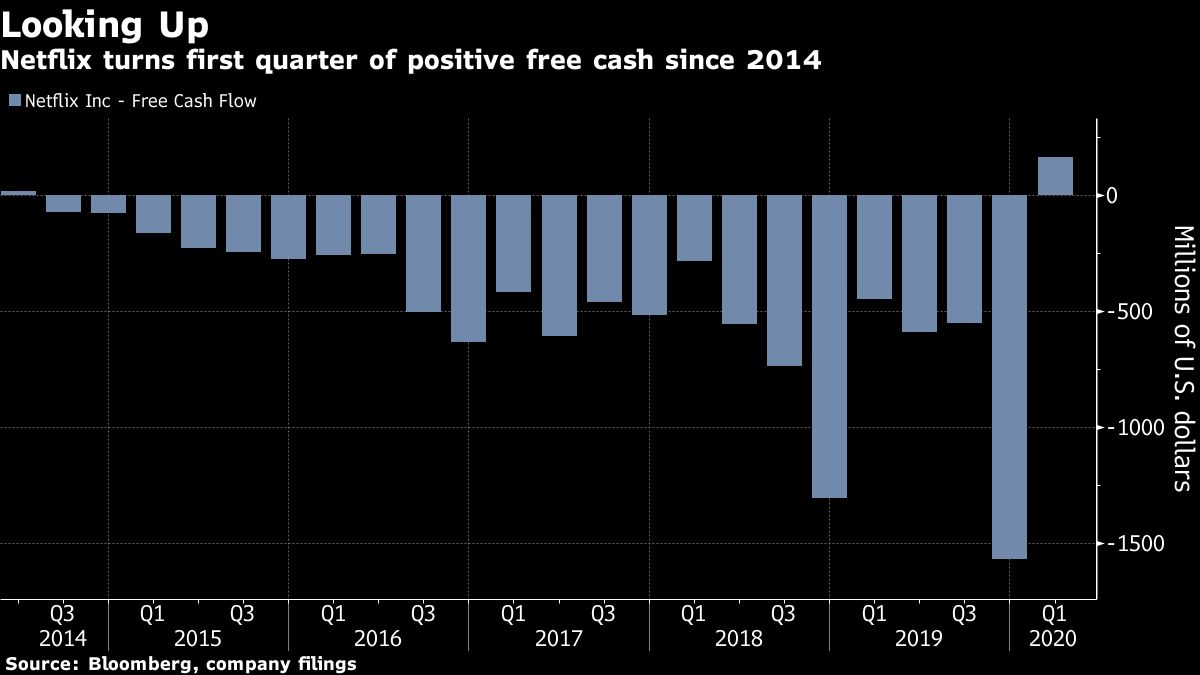 Production shutdowns could become more of a headache for Netflix depending on how long they last. Subscribers are accustomed to a steady flow of new content, and some of its competitors, such as Walt Disney Co. and AT&T Inc.’s WarnerMedia, have big libraries they can use to entice viewers.

Growth in the U.S. and Canada picked up after a few sluggish quarters. Netflix added 2.31 million customers in region, its biggest market. That was more than it added in the prior three quarters combined.

Prior to the earnings release, Netflix investors had sent shares to record levels, making it especially hard for the company to sustain the rally — even with blockbuster numbers. The shares had climbed 34% through Tuesday’s close, compared with a 15% decline for the S&P 500.