Labor markets in key presidential battleground states are among the hardest hit by the virus-induced economic crisis, according to an index of state activity released Wednesday.

The data further highlights the pressure on President Donald Trump to return Americans to work, without worsening the public health crisis that has killed more than 45,000 people.

Workers in Pennsylvania, Arizona, Florida and Michigan were among the most affected in March. But Wisconsin, another critical state for Trump’s re-election bid, is an exception. Economic activity there saw a slight increase in the Philadelphia Federal Reserve’s state coincident index.

The monthly index is one of the most timely indicators of the health of state labor markets, combining non-farm payroll employment, average hours worked in manufacturing, the unemployment rate and inflation-adjusted wage and salary disbursements. Combining those factors, Pennsylvania’s index was down 2.5%.

Even before the coronavirus effectively locked down large parts of local economies, Pennsylvania was heading into the deepest economic slump of any state. It’s perhaps the most-watched state in November. After choosing a Democrat for president six straight times, Trump carried the state with just 0.7% of the vote in 2016. 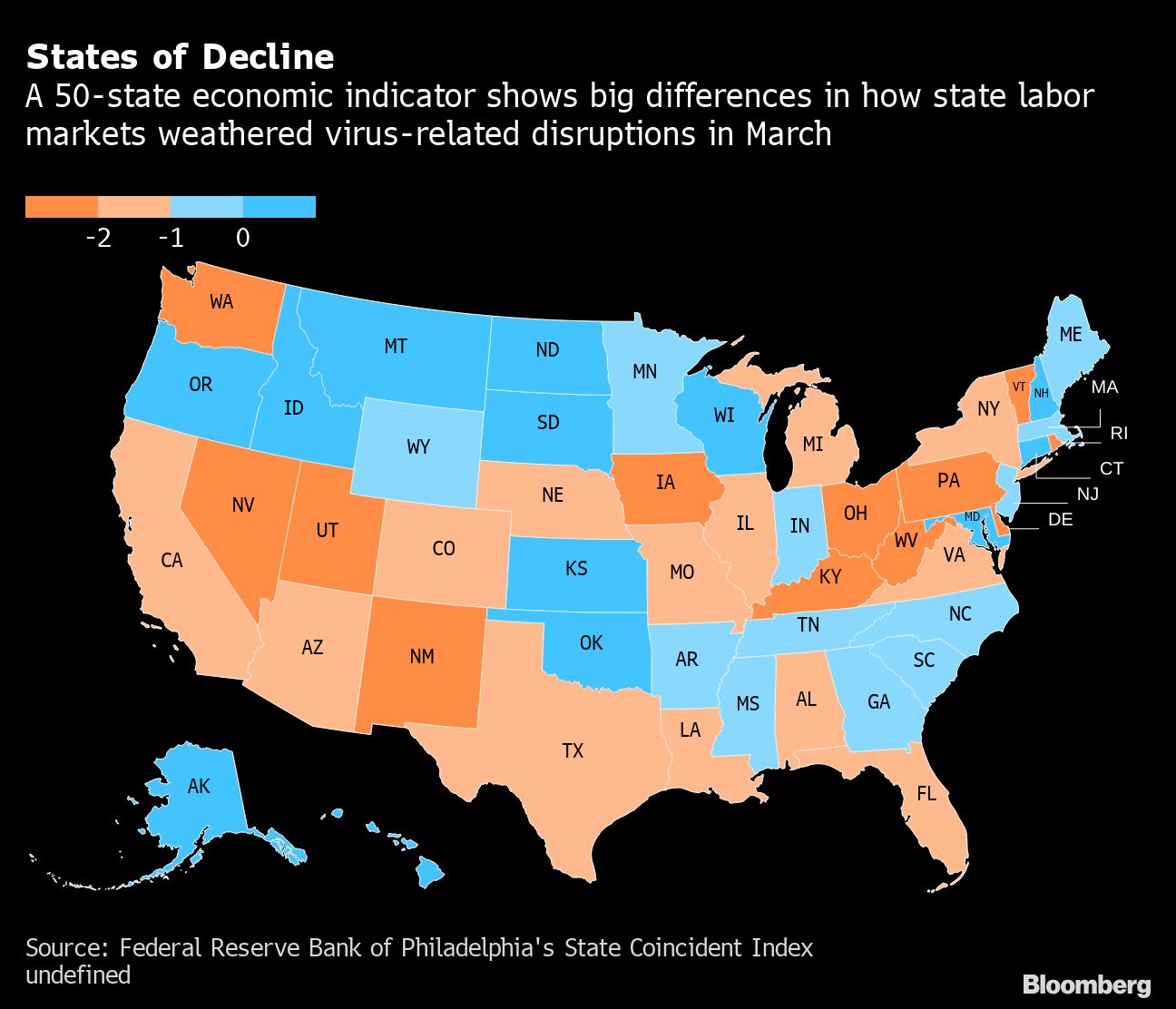 Other states with big declines – including Colorado, Michigan, Ohio and Virginia – have seen large-scale protests demanding that governors reopen schools and businesses. Trump has backed those protests in states with Democratic governors.

Wages and employment are two of the economic measures that best predict whether an incumbent president will be re-elected.

The Philly Fed cautioned that the numbers could be much worse than they appear because the standard methodology doesn’t capture the entire decline. For example, many workers classified as employed but not at work probably should have been classified as “unemployed on temporary layoff.”

The job impact of school-and-business closures caused by the virus also didn’t happen until mid-March in many states.

March marked the first time the 50-state index entered negative territory since July 2009, with 36 states seeing declines and 14 with increases.