Mexico City, Mexico – As the number of confirmed coronavirus cases in Mexico rises, an economic crisis experts warn will be worse than any downturn since World War II is showing signs of arrival.

Mexico, which now has more than 6,200 confirmed coronavirus cases, declared a health emergency on March 30 to contain the spread of the disease, ordering people to stay home and suspending all non-essential businesses. The government predicts a sharp rise in cases in the coming weeks.

The stay-at-home measure has ground bustling city centres and towns to a halt. Businesses have sent employees home. Restaurants, shops, and shopping centres have closed. And, while a vast sector of informal workers who live day-to-day continue to peddle goods and food in markets and roadside stalls, sales have plummeted.

But the sudden drop in demand within Mexico – where the IMF predicts an economic contraction of 6.6 percent in 2020 – is just part of the coming crisis.

Global crude oil prices and remittances from Mexican workers abroad – which totalled an estimated $36bn last year – are down. And Mexico’s dependence on tourism and manufacturing means that lower US demand for everything from cars and refrigerators to beach holidays will further strain Latin America’s second-biggest economy.

“It’s going to be a period of severe recession and a lot of social pain,” said Alberto Ramos, chief Latin America economist at Goldman Sachs.

Between March 13 and April 6, more than 346,000 formal private-sector jobs were lost in Mexico, according to the Labor Ministry.

“This is not just about numbers or dollars or figures of contraction,” Ramos said. “It’s about intense social impact.” 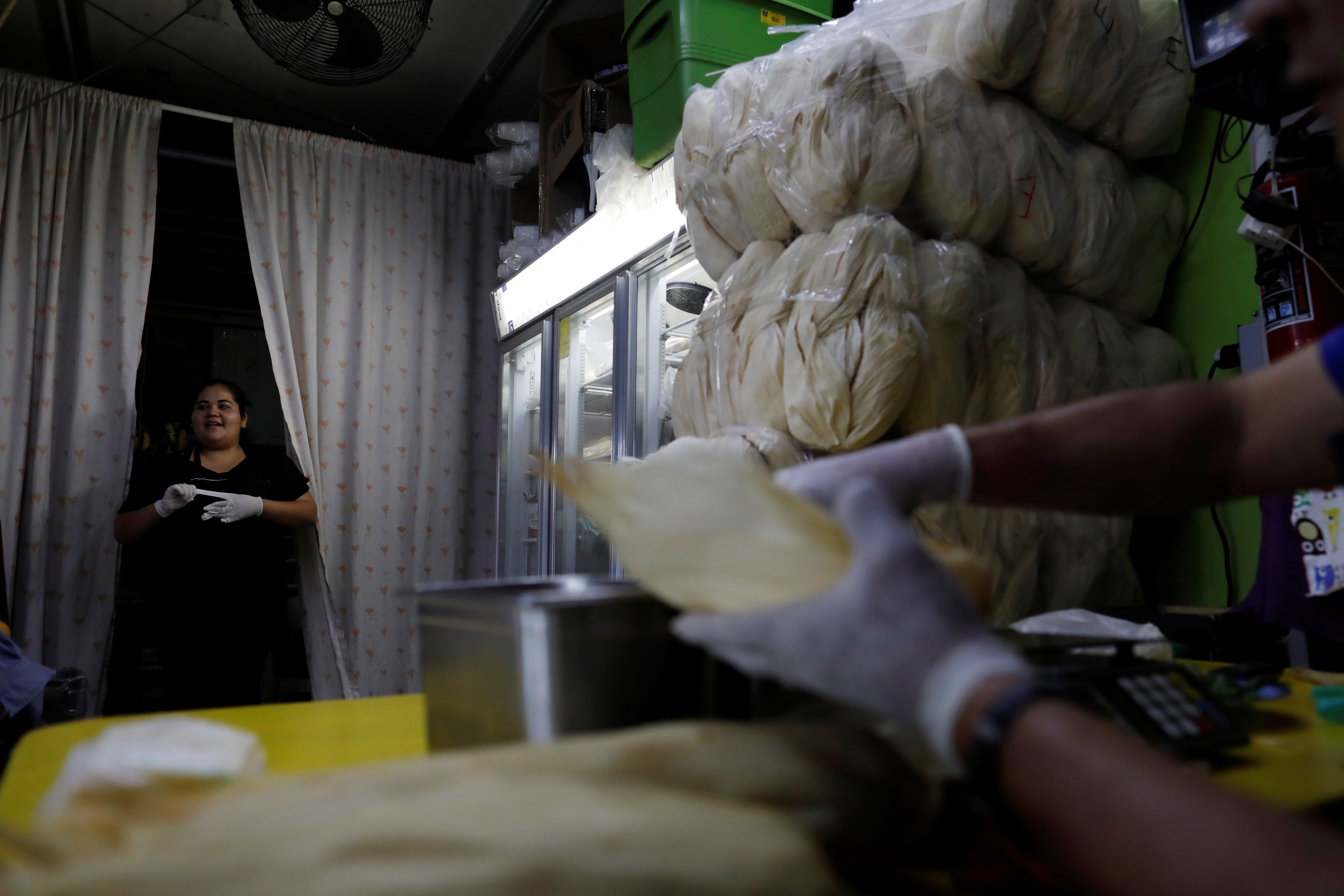 Auto sector grinds to a halt

Mexico’s auto industry, which generally benefits from integration with US and Canadian supply chains, is feeling the blow. Auto production in March dropped 24.6 percent compared with the same month a year earlier, while exports fell 11.9 percent, according to Mexico’s national statistics institute, INEGI. Several carmakers, including Toyota Motor Co and Honda Motor Co, extended closures at manufacturing plants across North American countries because of the global pandemic and related sharp drop in demand.

Many manufacturing businesses in Mexico, the US’s largest trading partner according to Census Board data, operate with thin inventories. Their relatively limited stock makes them especially sensitive to supply-chain disruptions in the US and elsewhere, economists say.

“The transmission or spillover to Mexico happens within days,” Ramos said.

A drop in manufacturing

For Manuel Sotelo, the owner of a transport company that trucks goods over the US-Mexico border, a slowdown in manufacturing will mean making difficult decisions in the coming weeks.

His company, Fletes Sotelo, employs 315 people in the Mexican border city of Juarez. So far in April, revenue has dropped 60 percent, Sotelo says, due to closures at Mexican car manufacturing plants.

Last month, the US Department of Homeland Security deemed auto manufacturing a critical sector. But Mexico’s industry has not received the same status, a designation for which some US manufacturers are lobbying the Mexican government.

Mexico’s auto industry makes up almost 4 percent of gross domestic product, according to the Mexican Automotive Industry Association. The sector was the primary driver of modest growth in the country’s exports last year, while the economy contracted by 0.1 percent and foreign investment fell.

Sotelo says more than half the goods his trucks normally carry over the border are auto components such as engines and seats produced in hundreds of now-closed Juarez plants.

He estimates that approximately half of the state’s 600 manufacturing plants, which assemble auto parts as well as refrigerators, washing machines, calculators, televisions, and computers for export to the US – have closed.

If auto plants remain shuttered into May, Sotelo said he will have to let employees go as the company is facing cash flow problems.

About 60 percent of Fletes Sotelo’s employees are still working, many from home, he said. The company has sent home workers over the age of 60 and those with underlying health problems, Sotelo said. Other workers have accepted reduced shifts and paychecks. The company’s drivers work in alternate shifts, according to Sotelo, and those coming into the office follow safety measures like physical distancing, regular temperature checks, and hand-washing.

Eight factory workers in Juarez who tested positive for COVID-19 have died from the virus, Mexico’s public health service IMSS said in a press conference.

“Unfortunately, for a trucking company, it’s tough to work from home,” Sotelo said.

Businesses given the cold shoulder

Business leaders in Mexico have repeatedly asked the government for tax relief and other stimulus measures to offset losses private-sector companies face because of virus-induced shutdowns.

“What we are trying to prevent are mass lay-offs,” said Luis Aguirre, the head of INDEX, Mexico’s national maquila association, who, along with other business chambers, wrote to Mexican President Andres Manuel Lopez Obrador last month asking for fiscal relief. INDEX represents more than 6,000 manufacturing companies.

Similarly, the tourism industry is asking for payment deferrals, said Quintana Roo Minister of Tourism Marisol Vanegas, so companies have enough liquidity for payroll and to pay suppliers. The sun-drenched Caribbean state in which she works has been hit particularly hard by the drop in demand.

So far, Lopez Obrador has authorized no extra borrowing, tax relief, or bailouts. He has pledged millions of loans worth about $1,000 to individuals, households, and small businesses that employ fewer than 10 people.

Economists warn that how Mexico handles its twin health and economic crises will have important implications for investor confidence in the future.

“The shock provides an opportunity to make policies more consistent to attract investment,” says Martin Castellano, an economist at the Institute of International Finance in Washington, DC.

“That’s something we haven’t seen so far in Mexico,” he said.

In few places is the pandemic’s economic damage as visible as resort cities like Cancun and Tulum. Local shutdown measures and a steep drop in travellers, many from the US, have dealt a devastating blow to tourism. The sector accounts for 8.5 percent of Mexico’s GDP.

Scores of hotels have closed. Nearly 64,000 jobs were lost between March 13 and April 6 in Quintana Roo. Hotel occupancy is now below 4 percent, according to state tourism minister Vanegas.

To make matters worse, tourism is among Mexico’s most significant sources of foreign exchange income alongside manufactured exports, remittances, and oil revenue.

As the US’s economic crisis deepens, Mexico’s tourism sector may face prolonged loss. Last year, more than 32 million US citizens visited Mexico by land and air, making it the top foreign travel destination for people living in the US.

The recovery will not be quick, said Vanegas. “What we conceive of now as tourism may not recover in its entirety.”