Talks between OPEC and its allies collapsed and oil plunged 10 percent on Friday as a meeting in Vienna ended in acrimony between the cartel and Russia, marking a dramatic about-face for a diplomatic alliance that has held considerable sway over global oil prices for three years.

The Saudi Arabia-led Organization of Petroleum Exporting Countries (OPEC) has reportedly been pressing Russia for weeks to agree to a dramatic cut in oil production to offset dented demand as coronavirus idles business activity in China and beyond.

But Moscow has refused to get on board with that strategy. In response, OPEC said on Friday it would remove all limits on the cartel’s crude production – a course of action that could flood an already oversupplied global oil market at a time when demand is falling.

“I’m a little shocked frankly because [the Russians] are really playing with fire,” Samantha Gross, a fellow in the Cross-Brookings Initiative on Energy and Climate, told Al Jazeera. “This could really ruin the alliance that has kept the prices up for so long.”

In the wake of the meeting, global benchmark Brent crude fell more than 10 percent on the news to fall below $46 a barrel on Friday, before recovering slightly.

On Thursday, OPEC ministers citing “an unprecedented situation” agreed to cut output by 1.5 million barrels per day (bpd) – or 1.5 percent of global demand- until the end of 2020. They also agreed to extend cuts agreed to in December between the cartel and its allies – a grouping known as OPEC+, beyond the end of this month.

But the cartel could not overcome Russian resistance – a major blow to OPEC’s de facto leader and biggest producer, Saudi Arabia.

The kingdom needs oil to fetch $83 a barrel to balance its state budget. Moscow can break even if crude clocks in as low as $42 a barrel. 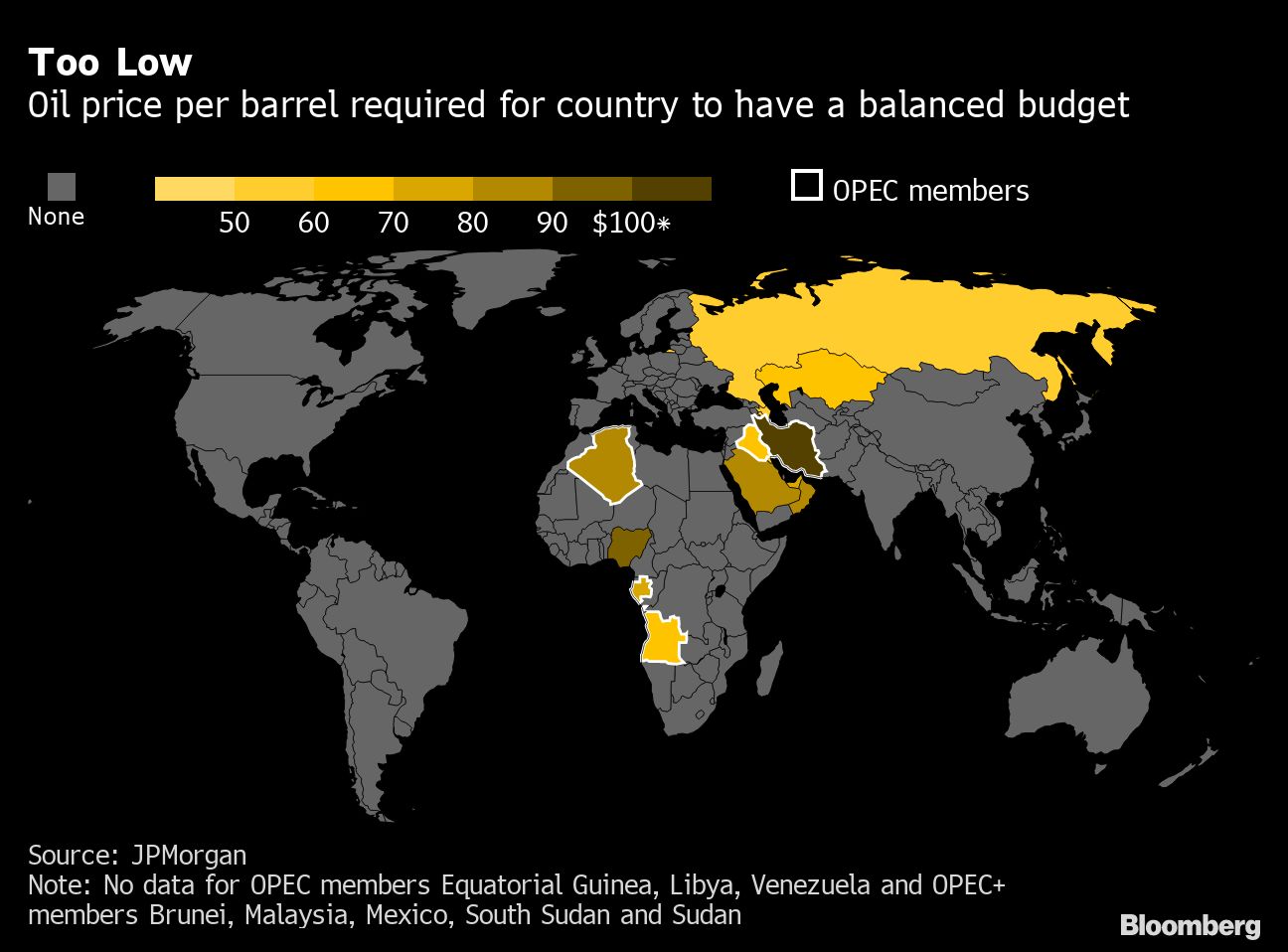 The Kremlin said on Friday that President Vladimir Putin had no plans to talk to the Saudi leadership, dashing hopes that a deal could be salvaged at the very top.

“This is an unexpected development that falls far below our worst-case scenario and in our view will create one of the most severe oil price crisis in history,” Bjoernar Tonhaugen, head of oil markets at Rystad Energy, told Al Jazeera.

“The decision risks sending oil prices into a free fall with the fundamental floor for prices, as in 2016, determined by the cost of completing US shale DUCs [drilled but uncompleted wells], which is now as low as $25 per barrel.”

The total number of confirmed infections worldwide surpassed 100,000 on Friday, according to Johns Hopkins University, while more than 3400 people have died from COVID-19, mostly in mainland China.

China is the world’s largest oil importer, but its appetite for crude has fallen sharply as authorities shut down cities and factories and quarantine millions to contain the outbreak.

As the virus spreads beyond China, tourism, travel, and trade sectors have all taken a major hit. United States stock markets extended their losses on Friday while European shares also tumbled sharply.

Some analysts say the worst is yet to come for global markets and for oil demand.

“I don’t know what the Russians’ end game is,” said Gross. “This could have some real serious repercussions. This isn’t some fake emergency. The demand shock is happening.”