Nigeria implemented a sweeping quarantine for three major states that are home to almost 30 million people in a bid to slow the spread of the new coronavirus in Africa’s most populous country.

The lockdown in Lagos, Abuja and Ogun kicks in at 11pm local time (22:00 GMT) on Monday and will stay in place for at least two weeks, President Muhammadu Buhari announced on Sunday, a little over a month after Nigeria confirmed its first case.

“All citizens in these areas are to stay in their homes. Travel to or from other states should be postponed. All businesses and offices within these locations should be fully closed during this period,” Buhari said in an address to the nation.

Home to an estimated 20 million people, Lagos is Africa’s most populous city and Nigeria’s financial hub. Abuja is the capital of the country and the seat of its government. Oil-rich Rivers state and Kaduna state in the north earlier imposed similar lockdown measures.

The restrictions announced do not apply to hospitals and stores selling essential items such as groceries and medicine.

“We will use this containment period to identify, trace and isolate all individuals that have come into contact with confirmed cases,” Buhari said.

The announcement triggered panic among many in Lagos, the epicentre of the coronavirus outbreak in the country which has so far infected 111 people and caused one death.

On Monday, residents in Lagos flooded markets and stores to buy food and other items.

Bose Odumosu, a mother of five, told Al Jazeera that she will use the next hours to stock up on food for her family.

“I was expecting the government to give us a few days to sort out our domestic needs before the announcement. I feel the sudden restriction will cause the price of commodities to increase,” Odumosu said.

Buhari said all branches of government have been mobilised “to confront what has now become both a health emergency and an economic crisis”, but the lockdown means additional financial pain for millions of informal labourers who rely heavily on their daily earnings to survive.

Olatunji Akintan, a bricklayer, and his wife, a petty trader, live in a two-room apartment with their two sons in Ojodu, a suburb of Lagos. Every day, Akintan commutes to different locations in the megacity in search of a job and only gets paid when he is hired by building contractors for the day.

Now, the 56-year-old faces a two-week home quarantine without any income.

“Since January, I have not done much work so I have no savings. I have been thinking of what to do with the little money I have for two weeks,” Akintan told Al Jazeera.

“How do I raise money now that I won’t be working for the next few days? Some of us will be forced to buy food on credit if we can find those willing to sell.”

In his speech, Buhari announced a series of measures aimed at relieving some of the economic pain including a three-month moratorium on government loan repayments.

“For the most vulnerable in our society, I have directed that the conditional cash transfers for the next two months be paid immediately. Our Internally displaced persons will also receive two months of food rations in the coming weeks,” Buhari said.

“The president announced a few exemptions in terms of movement for agricultural produce, which should help cushion the effect,” Olaseinde told Al Jazeera, citing exemptions related to food processing and distribution.

“Ideally, I would love to see some financial assistance to groups captured in initiatives like the Trader Money Scheme,” she said, referring to a government project involving the distribution of loans to small traders to support their businesses. 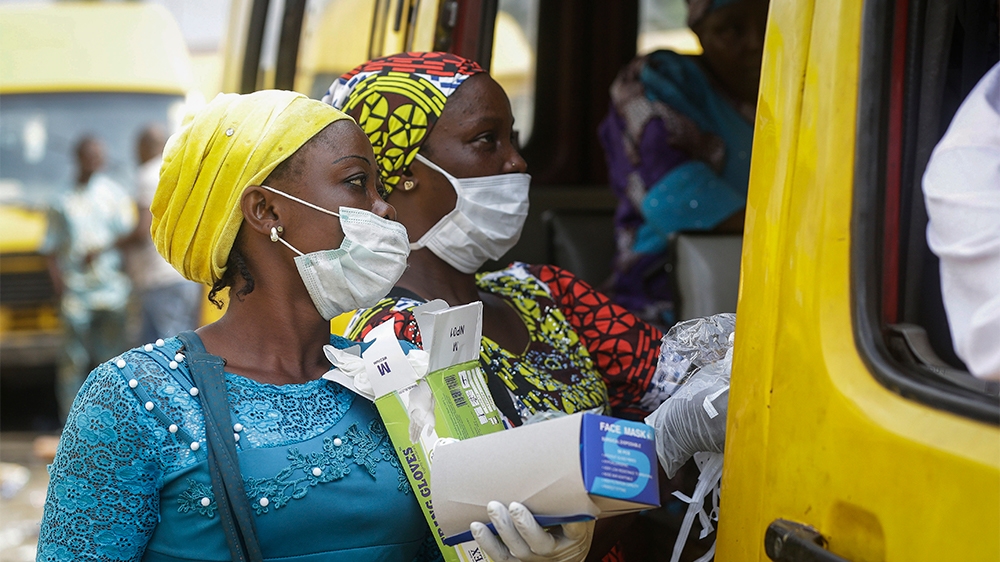 Across the world, the outbreak of the new coronavirus has strained healthcare systems and hit economies hard, with few countries expected to emerge unscathed by the pandemic’s financial effect.

Nigeria is already feeling the pinch with oil prices plunging. The country is the world’s eighth-largest oil exporter, and almost 90 percent of its export earnings are tied to oil.

Shutting down the country’s financial capital, Lagos, is expected to further add to an impending economic crisis.

“There will be a slowdown in the country’s GDP for the first quarter of the year,” Olaseinde said. “You have five key states in the country essentially grounded. That will lead to a loss of revenue for companies and individuals. You could also see supply shocks.”

Meanwhile, electricity remains a major challenge in the country. Most people rely on costly diesel-powered generators to power their homes and keep businesses afloat.

“How do I sustain my job on generators for 14 days if we continue to experience chronic power shortages? That’s almost impossible,” IT system analyst Samuel Edeh told Al Jazeera.

“I hope they have factored steady power supply into the lockdown plan so that some of us can keep up with work at home,” he told Al Jazeera.

Families are also hoping for regular power supply during the period of quarantine.

“With regular electricity, I can store my food and also keep my children entertained during the lockdown,” Odumosu said. 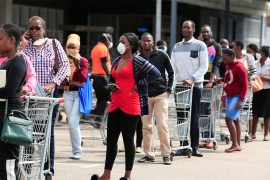 In a country dealing with a severe economic crisis, many fear steps to curb coronavirus will hit vulnerable people hard. 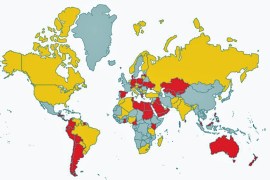