Granada, Spain – As the ongoing coronavirus pandemic sees travellers across the world scramble to get home, the authorities on one of Spain’s most popular holiday islands, Mallorca, estimated about 25,000 tourists are still waiting for flights to leave.

On Tuesday, Francina Armingol, the president of the Balearic Islands, which includes Mallorca, urged the tourists to depart, telling Spanish radio station Cadena Ser that “the tourist ‘experience’ makes no sense when they are confined to their hotels”.

Even before what Armingol called an “operation of total containment” – reducing air and sea travel to the islands to a minimum – came into effect, 62 flights were cancelled across the Balearics on Monday, and dozens more on Tuesday. 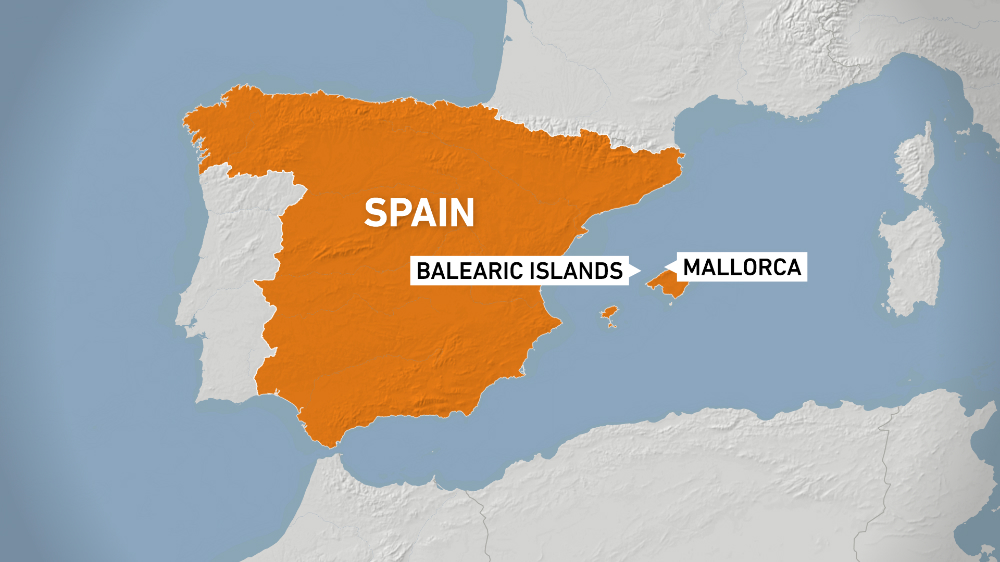 Then, as local media told of packed departure lounges in Mallorca’s Son Sant Joan airport, El Diario de Mallorca on Wednesday reported: “The airport is in its death throes, and nobody knows how many hours it has left, [but] it’s save yourself from the air travel chaos.” Hotel owners on the island confirmed that their establishments were closing their doors.

“In a week it’s all collapsed,” Juan Redondo, the owner of the Hotel La Raxa near Mallorca’s capital, Palma, told Al Jazeera. “If places aren’t yet shut, they’re closing soon – everything, big hotels, little ones.

“We had a lot of reservations and it looked like this was going to be a good spring, but none for the last five days, just one cancellation after another.

“As they’re shutting down the airport, people aren’t coming in any more.”

A week ago, occupancy rates at Redondo’s hotel stood at 80 percent. Now, “we’ve just got four people left – two foreigners, a German and a Briton, and two Spaniards”. They were all waiting, he said, for their planes to leave.

In nearly 30 years of running the hotel, he said, he had “never seen anything like it”.

BML is a hotel receptionist in his 40s whose hotel in Mallorca barred him from talking on the record.

“This is still the low season for tourism, but even in February and March we always get a lot of elderly people. This year the island is currently promoting itself as a top destination for bike riding, too, we have a lot more cyclists than usual,” he told Al Jazeera.

“About 60 percent of our customers are Germans and Britons, so what a lot of the hotel chains are doing is grouping them in a single one of their hotels near the airport before they can leave. Everything’s shut down here, there’s no point in them staying.”

In a week, it's all collapsed

Repeated requests to the Balearic regional government for comment on the logistical situation at Son Sant Joan airport were not accepted.

Armingol said on Tuesday that plans to evacuate tourists from the island were in place, but that travelling by sea to the islands was banned, and incoming flights to Mallorca from the Spanish mainland would be drastically reduced to three a day: “The Balearics will be virtually closed to new arrivals, although the transport of goods will continue.”

With Spain in lockdown, the number of travellers is dropping drastically across the country, not only to the Balearics. A Ministry of Transport official, Maria Jose Rallo del Olmo, said on Tuesday that long-distance train occupancy in the country stood at 10 percent, bus travel was down by 83 percent and air travel was down by 60 percent.

As of Wednesday at midday local time, government figures put the total number of those affected by the coronavirus in Spain at 13,716, the second-highest total in Europe after Italy, and 18 percent higher than 24 hours earlier. Across the Balearic Islands, including Mallorca, there were 112 cases, 20 more than Tuesday.

On Wednesday, Spanish premier Pedro Sanchez said in parliament it was not ruled out that Spain’s current partial closure of its land borders could be extended to both air or sea.

During the lockdown of Spain’s 46 million citizens, some larger hotel chains in Spain such as Melia Hotels International have begun offering their buildings as provisional hospital space, with unconfirmed figures of up to 40,000 rooms becoming available countrywide to the medical authorities, while smaller family-run establishments like the Raxa are gloomily contemplating the possibility of dismissing their staff.

“For now, everybody’s on compulsory holiday for 15 days,” said Redondo. “Then we’ll see.”