Goldman Sachs Group Inc. and Morgan Stanley economists joined the rush on Wall Street to declare that the coronavirus has triggered a global recession, with the debate now focusing on its likely length and depth.

A day after President Donald Trump conceded the U.S. slump alone is set to be “a bad one,” economists threw away their forecasts that the world could avoid tumbling into recession for the first time since the financial crisis. 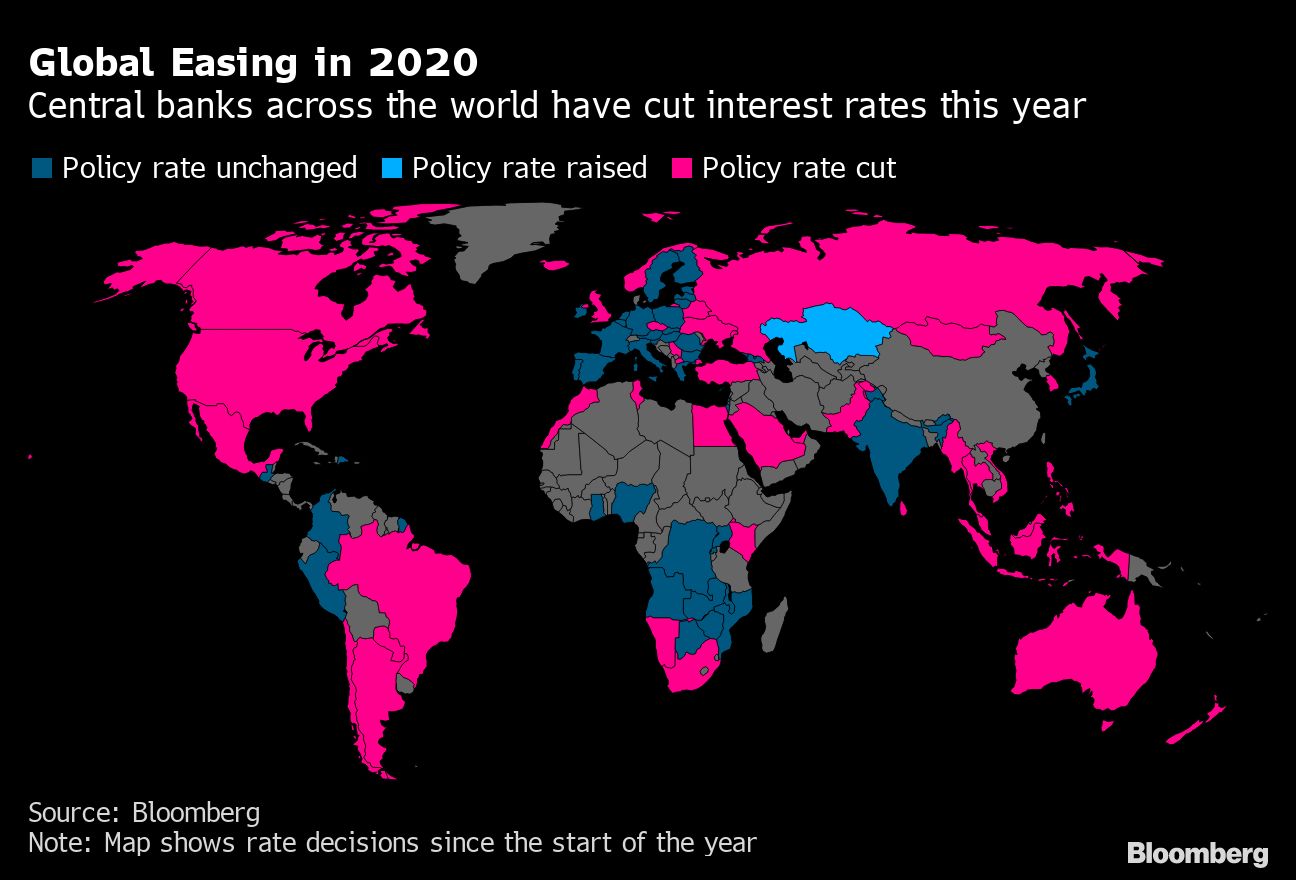 Behind the rethink: The virus’s spread to Europe and the U.S., as well as new evidence that China — the first to be hit by what is now a pandemic — experienced a harder hit to its economy than originally projected.

Morgan Stanley’s team, led by Chetan Ahya, said a worldwide recession is now its “base case,” with growth expected to fall to 0.9% this year. At Goldman Sachs, Jan Hatzius and colleagues predict a weakening of growth to 1.25%. S&P Global added its voice to the chorus with a report expecting that growth would range 1% to 1.5%.

Such slumps would not be as painful as the 0.8% contraction of 2009, as measured by the International Monetary Fund, but they would be worse than the downturns of 2001 and the early 1990s. Both Morgan Stanley and Goldman Sachs anticipate a rebound in the second half, but warn that the risk remains of even greater economic pain.

The projections will apply further pressure on policy makers to do more to limit the health emergency and to deliver stimulus that helps companies and consumers through the shock and then drives a rebound in demand afterward.

Data already show the virus’s effects: Investor confidence in the German economy plummeted to levels last seen during the European debt crisis, while U.S. retail sales fell the most in a year in February even before coronavirus containment measures began rippling through the economy.

American jobless claims for the week ending March 14, due for release Thursday, will probably jump to the second-highest level this year, according to the median estimate in a Bloomberg survey, and are likely to rise further in coming weeks.

Although the Federal Reserve and fellow central banks have been active in loosening monetary policy, most governments have been slower to respond and are only now crafting fiscal packages that may still fail to pacify worried investors.

“While the policy response will provide downside protection, the underlying damage from both Covid-19’s impact and tighter financial conditions will deliver a material shock to the global economy,” Morgan Stanley’s economists said.

The outlook could darken even further if the virus lasts longer than anticipated, or wields greater economic pain — given factories, schools, restaurants and shops are closing around the world. A freezing up of markets or a continued sluggishness by governments to act are also regarded as threats.

Elsewhere on Wall Street, strategists are laying out what governments should be doing.

At JPMorgan Chase & Co., John Normand advocated developed economies repeating their handiwork of the crisis when they delivered fiscal stimulus worth 1% to 2% of gross domestic product. George Saravelos, a currency strategist at Deutsche Bank AG, said governments may also need to step in to guarantee support for households and companies. 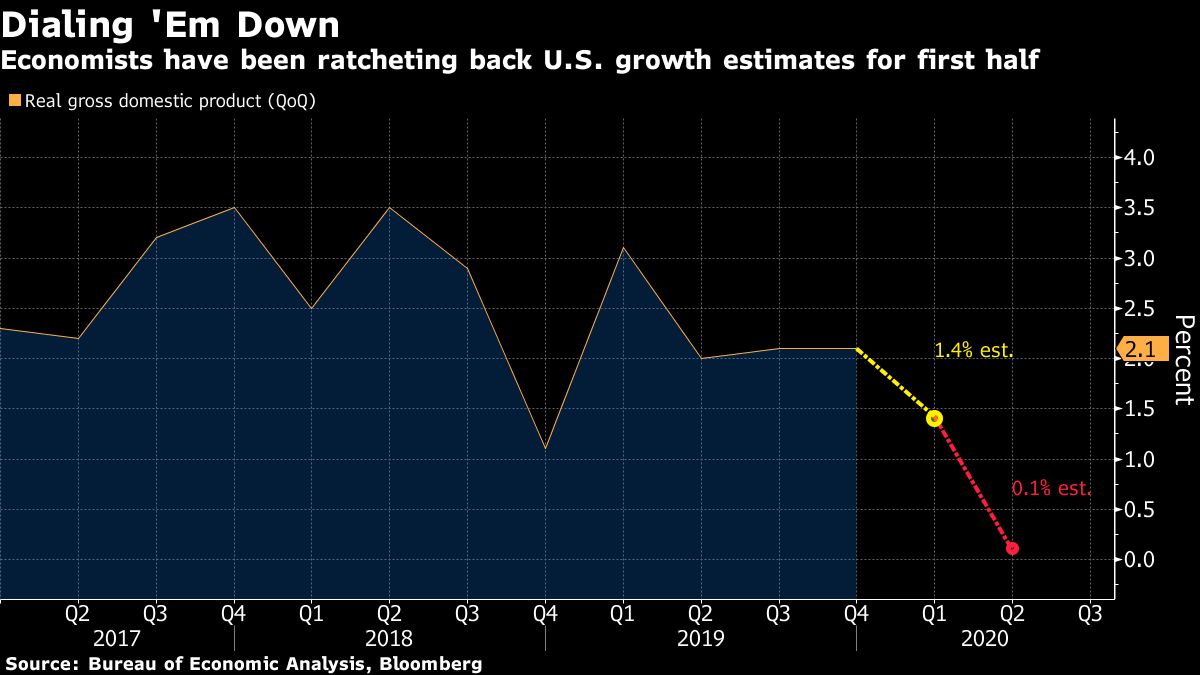 In Washington, Treasury Secretary Steven Mnuchin said the administration is pushing to send direct payments to Americans within two weeks, sending stocks higher at midday. He also said individual taxpayers can get a deadline extension.

S&P Global also said Tuesday that the severity of the blow from the outbreak means the world’s largest economy is entering recession, if not already in one. The hit to consumer spending and business investment, plus the oil price damage to energy infrastructure investment likely means a 1% contraction in first quarter and 6% contraction in the second, U.S. Chief Economist Beth Ann Bovino said in a note.

Predictions for the U.S. still vary wildly, with some guessing activity could even decline as much 10% on an annualized basis in the three months through June. Goldman Sachs is penciling in a 5% dive after zero growth in the first quarter.