By Drew Armstrong and Bailey LipschultzBloomberg

Gilead Sciences Inc. shares gained Monday after a senior World Health Organization official said the company’s experimental drug may be the best bet to find a treatment for the new coronavirus spreading around the globe.

Gilead’s compound, remdesivir, has been rushed into a clinical trial in China, where the illness has infected tens of thousands of people. WHO officials have said results could be available within weeks.

Remdesivir is the “one drug right now that we think may have efficacy,” Bruce Aylward, an assistant director-general at the World Health Organization, said at a briefing in Beijing. WHO officials and international scientists are in the country assessing the outbreak.

Gilead shares advanced as much as 6.9% in New York on Monday to trade at the highest level since October 2018. Spokeswoman Sonia Choi said Gilead is anticipating results from two trials in China in April. 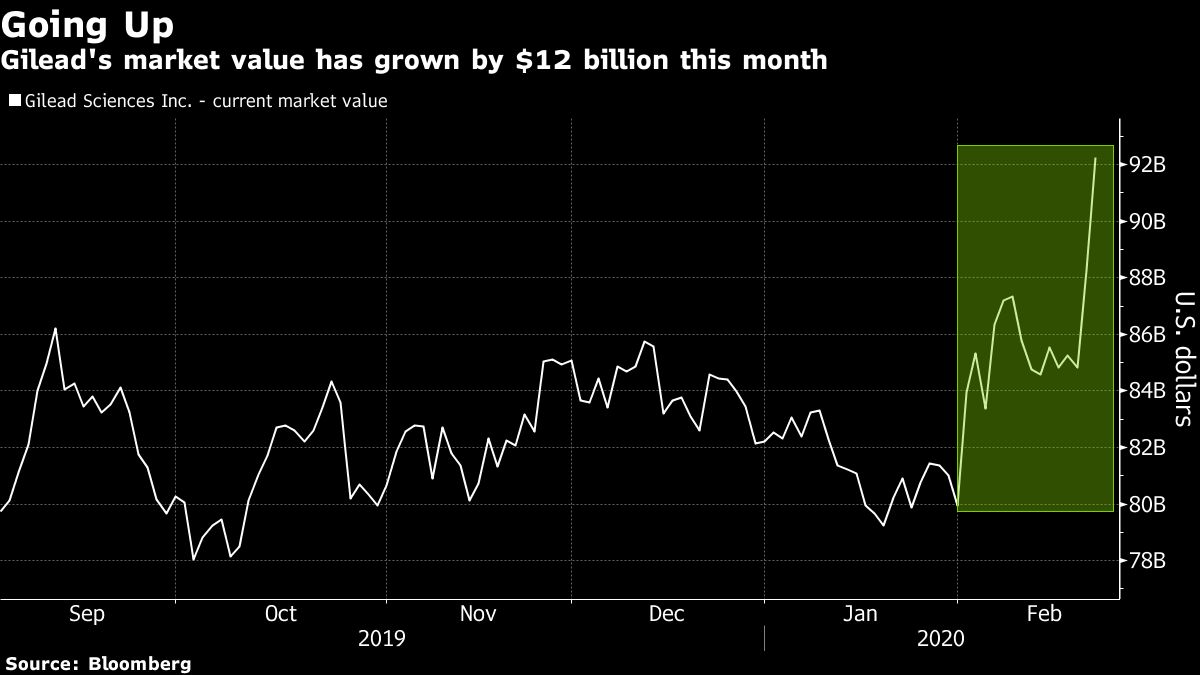 A leap in Gilead shares this month has added more than $12 billion to the company’s market value, a figure that far outstrips the sales gains the company is likely to reap from the vaccine, according to some projections.

Analysts at Bank of America expect remdesivir to result in one-time revenue of about $2.5 billion, at most. Analyst Geoff Meacham said “remdesivir offers little lasting, meaningful” upside to Gilead’s bottom line given the economics of addressing epidemics or pandemics.

Outbreaks of new or rare infectious diseases can prompt a rush of efforts to find effective therapies, with trials often conducted in sometimes-chaotic field conditions. But not all work — many of the drugs tested against Ebola during outbreaks over the past decade failed, despite initial hopes they could save some patients from that deadly virus.