Google and Facebook Inc. won a key concession in Australia as the government unveiled details of a world-first law to force the digital giants to pay to display news articles.

The legislation, introduced to Australia’s parliament on Wednesday, requires Google and Facebook to compensate publishers for the value their stories generate for the platforms.

But in a modification to an earlier draft, the legislation now also recognizes the monetary value the platforms provide to news businesses by directing readers to their websites.

While the details will be debated by lawmakers and could be altered, the change in wording follows a months-long campaign by Google to get the law blunted. The tech giant argued that publishers also benefit from additional readership online when articles are available on platforms.

Facebook had taken a harder line. The U.S. social media company has threatened to block Australians from sharing any news on its sites if the law is passed. The different responses has made Australia a test case as watchdogs worldwide seek to rein in the vast advertising power of the digital giants.

A spokesman for Google, owned by Alphabet Inc., said it’s too early to comment on the legislation.

“We’ll continue to engage through the upcoming parliamentary process with the goal of landing on a workable framework to support Australia’s news ecosystem,” Will Easton, managing director of Facebook Australia, said in a statement.

The legislation is designed to support a local media industry, including Rupert Murdoch’s News Corp., that has struggled to adapt to the digital economy.

“Australian news media businesses need to be fairly compensated for generating original content and the rules of the digital world should mirror the rules of the physical world,” Australia Treasurer Josh Frydenberg said on his website. “This new mandatory bargaining code is a world-first.”

An arbitration panel will decide how much the technology companies must pay publishers if both sides can’t agree on a payment on their own, according to the law, which the government doesn’t expect to be legislated this week before parliament goes on hiatus until February. 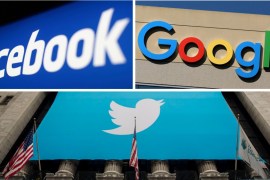 Eric Schmidt says more regulation may be needed for social media, but US antitrust suit against Google is misplaced. 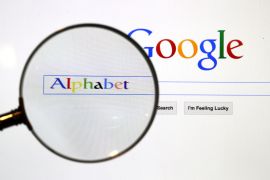 Alphabet said in July that advertiser spending was inching back following a March plummet due to lockdowns. 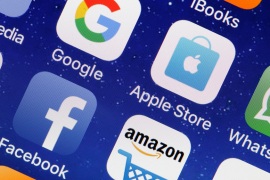 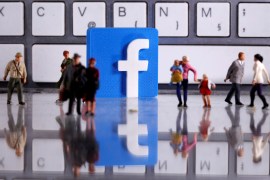