The Trump administration has imposed sanctions on the Venezuelan judge and prosecutor behind the conviction on corruption charges of six American oil executives.

The six employees of Houston-based Citgo were lured to Caracas just before Thanksgiving in 2017 on the pretence of attending a business meeting.

Once there, they were taken away from the headquarters of Citgo’s parent company, state-run oil company PDVSA, by heavily armed, masked security forces, accused of promoting a never-executed proposal to refinance some $4bn in Citgo bonds by offering a 50 percent stake in the company as collateral.

The men, all but one US citizens, were finally convicted last month and sentenced to between 8 and 13 years in prison. Venezuelan President Nicolas Maduro has accused them of “treason”.

Presiding over the trial were Judge Lorena Carolina Cornielles Ruiz and prosecutor Ramon Antonio Torres Espinoza, who as a result of Wednesday’s action will be blocked from doing business in the US and have any bank accounts or property there seized.

“The unjust detention and sentencing of these six US persons further demonstrates how corruption and abuse of power are deeply embedded in Venezuela’s institutions,” said Secretary of the Treasury Steven Mnuchin.

“The United States remains committed to protecting its citizens and targeting those who contribute to the illegitimate Maduro regime’s usurpation of power in Venezuela.” 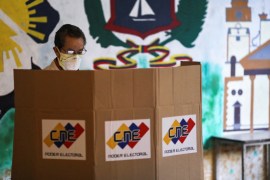 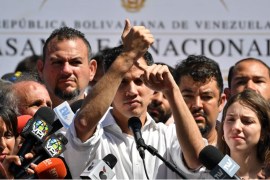 Does Venezuela’s opposition have any legitimacy left? 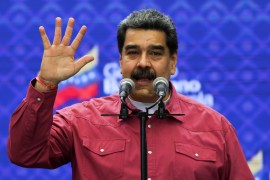 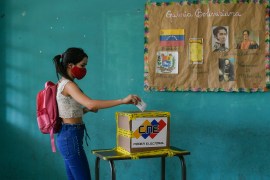 The vote, contested by about 14,000 candidates, comes with the country in a deep political and economic crisis.