Jobless claims in the United States fell last week – a step in the right direction for the economic recovery following back-to-back rises – but the number is still stubbornly high, holidays can skew readings, and some people who have lost their jobs are now falling out of the data.

The number of people filing first-time claims for unemployment benefits from states fell to 712,000 last week, the US Department of Labor said on Thursday – a drop of 75,000 from the previous revised weekly read.

Continuing claims that count all workers currently receiving state unemployment benefits fell by 569,000 to 5.52 million in the week ending November 21 (continuing claims lag initial ones by a week).

And the total number of people claiming benefits from state and federal pandemic unemployment programmes fell by almost 350,000 to 20.1 million in the week ending November 14 – though that number is likely overstated by a few million due to people being counted twice.

The downward trend is a welcome development after jobless claims spiked for two consecutive weeks in November – the first time that has happened since July.

But jobless claims – a proxy for layoffs – are still high compared with a pre-pandemic February weekly average of about 212,000.

Moreover, the holidays are probably throwing “noise” in the numbers.

Another factor that could be clouding the data – people cannot collect state unemployment benefits indefinitely. There’s a limit. And for most states that is six months, which means some workers who lost their jobs and have yet to find a new one are falling out of the data.

This week the Government Accountability Office, a non-partisan federal watchdog, said the weekly jobless claims numbers are not offering an accurate read on the health of the nation’s labour market because the government’s data collection is flawed.

The criticism has deep implications because the economic disruptions triggered by COVID-19 restrictions and lockdowns have been so swift and profound that policymakers have come to lean increasingly on the most timely snapshots of the nation’s economy to inform their response to the crisis.

Right now, the response from Washington is falling well short of what is needed, say most economists.

After passing nearly $3 trillion in pandemic relief aid earlier this year, Congress has yet to agree on another round of stimulus, even as key programmes to help struggling households and businesses have expired, jeopardising the economic recovery.

Democrats in the House and Republicans in the Senate and White House have been deadlocked for months, despite repeated calls from economists and the Federal Reserve Chairman Jerome Powell to mount more fiscal aid.

The latest jostling this week has seen Democrats in Congress budge by scaling back demands for a more than $2 trillion package by embracing one about that half that size as a starting point for negotiations with Republicans.

But Senate Majority leader Republican Mitch McConnell has so far shown no willingness to cede any ground on his preferred package worth about $500bn.

Either way, the clock is ticking and not just on struggling Americans who will see even more benefits lapse at the end of this month if Congress does not do something soon.

McConnell said earlier this week more virus relief aid should be part of the $1.4 trillion spending bill which needs to pass Congress by December 11 to keep the US government open. 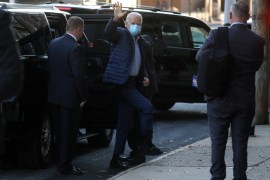 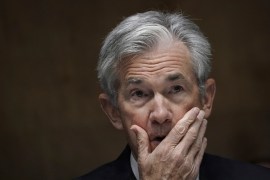 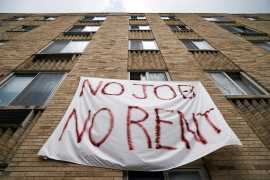 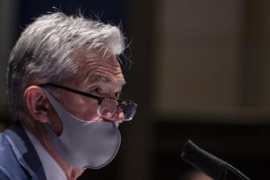